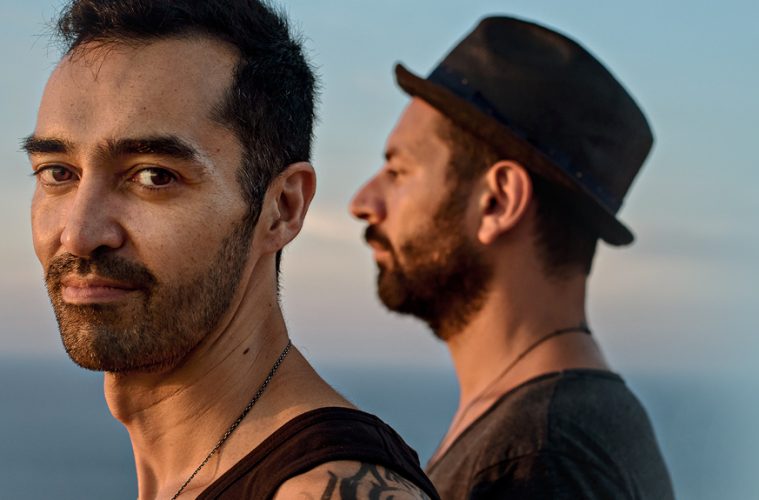 The Flying Circus: Interview with Audiofly

Audiofly are the duo Luca Saporito and Anthony Middleton. They met and started working together in the spring of 2002, and immediately started a prolific partnership based on their shared music styles and experiences on the DJ circuit. Their combined talents have created a powerful, experimental and original style of music which is pioneering a sonic shift across the globe. Beautiful melodies, deep grooves and a hint of ancestry are a power combo influencing thousands of dancers, producers and DJs out there. We had the honor of chatting with them, upon their touch down in Gardens of Babylon Dubai, and here’s what happened.

You met in 2002 and immediately started a prolific partnership. Tell us how you two established this exceptional presence and distinguished sound?

It’s a mixture between not losing sight of who you are and simultaneously giving something slightly different. Nowadays it’s quite difficult to stay relevant, with all these new acts appearing everywhere, but I think that after all this time we keep offering something that people manage to relate to and still feels current after so many years. At the end of the day it’s about being true to yourself: trends come and go but if your true essence is still visible, people will support your evolving vision.

Tell us about your first time performing as Audiofly and what was the greatest challenge?

If you’re talking about the very first time we performed abroad I seem to remember that it was an absolute disaster (laughs). I vaguely recall it was somewhere in Denmark, and the promoter totally failed to provide us with all the necessary tools to properly perform. But as we were young and naïve, we were just happy at the time that someone in the world was finally giving us a chance to perform out there. Bear in mind that at the time, social media wasn’t even a thing and every booking still depended on word of mouth, so we considered that a huge achievement all in all (laughs again)

Sixteen years later, it’s like you’re constantly on tour. How do you manage to play beautiful sets all the time?

Constant research. Being a step ahead of anyone else, finding that WTH track that nobody has managed to get their hands on yet. That and 15 years of experience playing b2b together. It also helps to run a label (Flying Circus recordings) and being a recognizable name, as our friends from the industry tend to send us tracks that are still on the market. When you add all of the above plus countless hours listening to tracks to make sure they fit perfectly in your set …well…then you have the magic potion that allows us to perform just right.  It doesn’t always go according to plan though, as there are many factors that add to the overall feel but we always try to be professional and make the most out of it.

Alongside your musical career, you run two record labels, Supernature and Flying Circus Recordings. Tell us more about those two.

It’s funny that you mentioned Supernature as we actually took a hiatus running it when we decided to open Flying Circus instead. This came from the idea that we needed to streamline our output and concentrate only on the stuff that made absolute sense to both of us. But after almost two years of running FC and finding the formula that works for us, we’ve decided to reopen Supernature again this summer and run them alongside each other. So in the near future you’ll have both labels, representing the full spectrum of what you would hear in a typical Audiofly set. In fact, a lot of the stuff we play in our sets these days are actually tracks that we will soon put out on either of the two labels.

You guys are always on full schedule with your gigs and labels. How do you keep up with everything that is happening?

Motivation first and foremost. After so many years, we really believe that motivation is the number one factor that allows us to be creative and still ride the wave. Also it’s extremely important to surround yourself with the right team. People that understand your vision and take it to the next level thanks to a common well of shared talents. Ultimately, we still get a huge kick out of being able to put legendary parties that require a lot of planning, and we are only able to do this thanks to a great team of people behind us, that allows us to both maximize our creativity and allow us to relax in times when we are both on a plane and are not able to make immediate decisions.

Tell us about your experiences in Beirut and Dubai. How are these two cities different from the rest of the world?

They are both extremely different from each other actually in our opinion. Beirut has a huge history behind itself and the club scene can be seen sometimes as an escape from the hardship that surrounded the city in the past. Nowadays the scene offers so much variety, but when we first set foot in the city over 10 years ago, the dj booth was set up behind bulletproof glass (BO 18 is the club in question). Things have changed a lot these days, and I consider Beirut one of the safest and most friendly cities on the planet; but we still remember those days with a hint of melancholy. Clubbing in the city was a huge deal back then.  Dubai, on the other hand, is the shiny metropolis that is fast building one of the most diverse nightlife scenes in the world. Dubai is glitzy and Beirut is raw if you get what we mean, but we enjoy playing both cities very much, for very different reasons.

Music is what feelings sound like. This is something you have said. When it comes to production, how do your tracks come to life? What is the creative process?

One thing we learned the hard way is that you cannot chase the creative process. It finds you, sometimes in the most inopportune moments (laughs)

Given the fact that there’s a lot going on now, what would be your advice for upcoming DJs and Producers in the middle east?

Actually there are so many great talents coming out of the middle east right now. Raxon is one of them but there are other lesser known talented people out there that are giving their own spin to an overly saturated scene. Ultimately the best advice for anyone (however crass it might sound) is to spend time perfecting your sound and never try to sound like anyone else. You can always take inspiration from whoever but it is very important to have an instantly identifiable sound. Certainly this will take time, but in every sector there are pioneers and there are copycats. Which one do you want to be? Another thing I wish we knew earlier: if you truly trying to take this seriously, you better start thinking on perfecting your business skills alongside your musical side. One cannot survive without the other.

If you could re-live one party and play that set again, which one would it be?