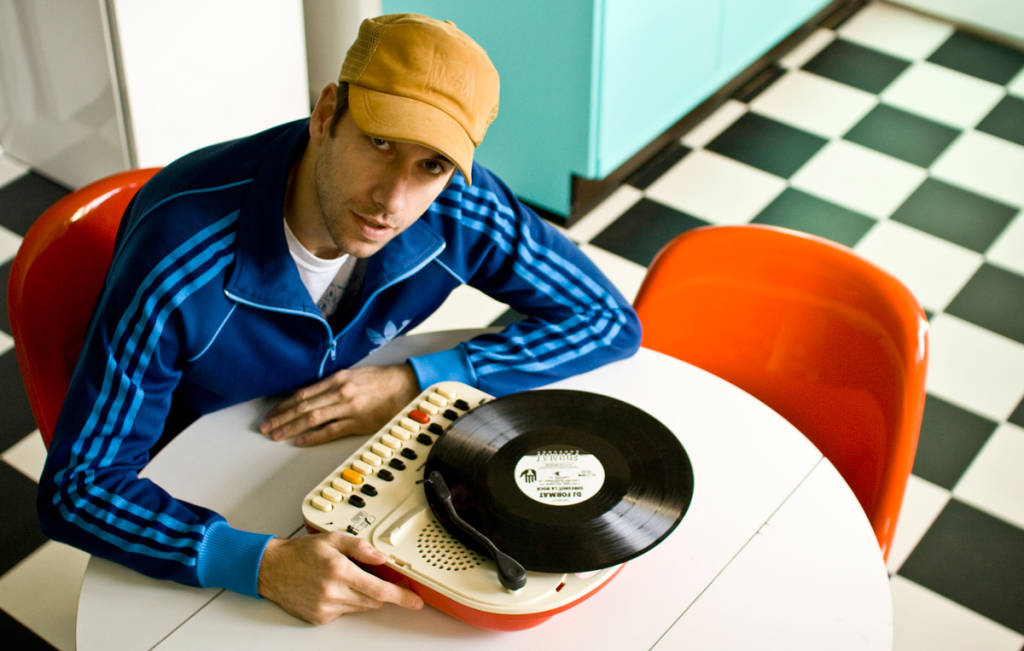 Diggin’ for Answers from DJ Format

Listen up all you funk fanatics and hip hop heads! On May 31st, world-renowned British DJ and producer DJ Format will be joining The Beirut Groove Collective at Yukunkun for a bouncin’ set of deep funk, Latin funk and old school hip hop. As a DJ, Format has toured with the likes of DJ Shadow and Jurassic 5 and his albums have featured collaborations with rappers such as Mr. Lif, Edan, Chali 2na and Akil (of Jurassic 5) and many more.

Still, we had a lot of questions, so we went digging around for some answers from the man himself.

When did you first get into hip hop? What kinds of artists were you growing up on?

I first heard Grandmaster Flash & The Furious 5 and Herbie Hancock (Rockit) in the pop charts when I was I kid in the early ‘80s. I really started to fall in love with Hip Hop in about 1986 when I heard Run-DMC, LL Cool J, Beastie Boys & Public Enemy.

What is it that draws you to funk music, whether you’re playing it in your sets or sampling it for your beats?

I think the drums are the most important thing about funk music for me. Most people seemed to prefer house music when I was growing up but I thought the house beats were totally boring , I loved the more interesting, funky drums that Hip Hop records were sampling from funk records by artists like James Brown. Funk music is also very uplifting music so it’s perfect for a party, sometimes it makes you dance even if you don’t really want to!

Your productions rely heavily on samples and breaks. What made you go with this old school sound and stick with it to this very day?

I guess I just love the style of old school Hip Hop that uses interesting samples/breaks and I want to continue the tradition of Hip Hop records that inspired me to start DJ-ing and making beats in the first place. I’ve made some other music, jazz with Nostalgia 77, funk with Speedometer and experimental electronics with The Simonsound, but my roots are planted firmly in Hip Hop so I always go back to what I love the most.

Finding the right sounds for your beats must take a lot of crate digging. When digging, is there a certain criteria in mind, or is anything and everything fair game?

I try to sample records that haven’t been sampled before because I think it’s important to bring something new to a traditional style. I’ve been digging all over the world in search of unusual and original (old) records to sample in my music and I usually look for records from the late ‘60s & early ‘70s because that’s the sound that I like the most. The recording & production techniques from the late ‘60s were incredible and most of my favourite records are from this period, except the Hip Hop records from the ‘80s of course!

Do you have a particular record you’ve been digging for for years to no avail? A sacred “holy grail” that you still haven’t obtained? If so what is it and what significance does it have to you?

There are SO MANY records I’m still searching for after years & years! Sometimes you can search for a record for so long that when you eventually find it, you realize that your musical taste has changed a little bit and the record doesn’t sound so good any more…that is always a strange feeling. I’m still searching for a few Hip Hop 45’s from the late ‘80s & early ‘90s but I don’t want to talk about them, otherwise it might alert other diggers to those records existence ha ha! Sometimes you have to keep that information to yourself, otherwise too many people are looking for the same records.

What can the Beirut crowd expect from your upcoming strictly 45 set?

I will play mostly Deep Funk but I like to keep things interesting and mix in some Latin Funk and some Soul & Hip Hop 45’s so that the tempo can change. I like to play records with heavy drums, especially with nice open drum breaks, because that is really my trademark sound I think. I like to do a bit of scratching and to cut up breakbeats on 45 so maybe that will be interesting for the Beirut crowd…I hope so!

Catch DJ Format and those heavy drums on May 31st at Yukunkun!