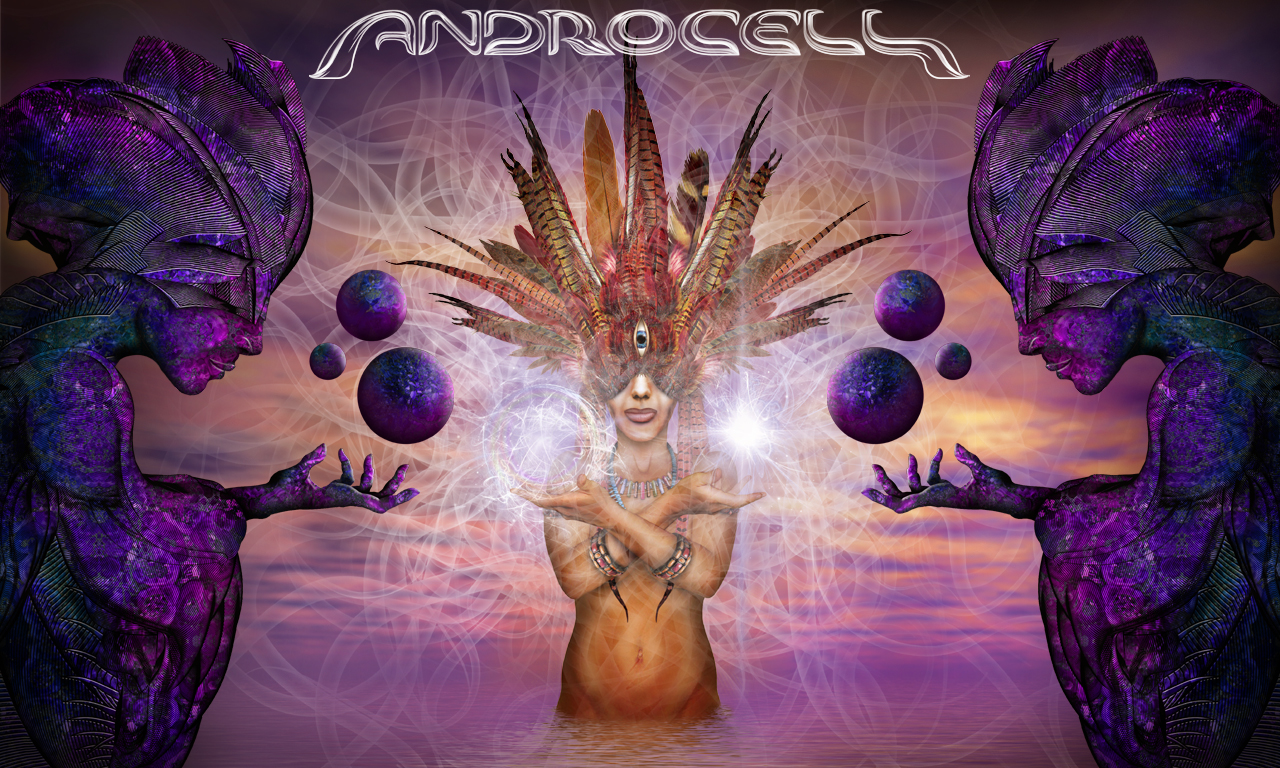 
Androcell is the electronic meets organic music melding project of music producer and artist, Tyler Smith. Once being involved with traditional acoustic instruments such as piano and percussion from childhood through adolescence, Tyler transitioned to continuously experimenting with electronic music production and sound engineering for what has now been over fifteen years. With a deep passion for fusing a multitude of music cultures and styles, and a studio-as-instrument approach to production, he began his own hybrid musical expression as Androcell in 2003. After three full-length albums plus various compilations, singles, and remixes to the name, Androcell released his highly anticipated new EP ‘Creatures’ last month. We had the chance to throw some questions towards him to know more about the EP and pick the brain of one of our favorite sonic explorers. This is what went down.

1. How did you end up in the realm of psydub? How would you describe it to someone oblivious to what it is?

I’ve always thoroughly enjoyed bass frequencies since my first experience around subwoofers so I am naturally drawn to music styles with an emphasis on low end. Honestly, it seems the term “psydub” can often muster more ambiguity than clarity and leads to confusion when mentioned around people who are unfamiliar with a non-commercialized sound. I sincerely cannot describe the term “psydub” accurately because I actually have no real idea of what truly constitutes the classification.  Only the battle hardened, old-school internet forum warriors are left to argue it out until the end to finally see a decisive verdict render an absolute definition.

2. Your music is more than just musical composition, it’s also soundscape engineering. What do you aim for when you build these spectrums?

All in all, I am just trying to work out what leaves me with a strong feeling. The soundscape sensibilities of cinema can invoke a strong feeling. A good melody, a kicking beat, and a groovy bassline can all each invoke a strong feeling. So, certain combinations of such various powerful musical elements can sometimes produce exponentially greater strength in overall sensation. We all have a personal nervous system to be utilized and I am continually trying to find what satisfies and nourishes mine through sound creation. In turn, I hope that the music can possibly benefit others, too.

3. It’s obvious your music has a message towards transcendence beyond the obvious. Tell us about that.

I am simply just trying to work out what leaves me with an amplified feeling or augmented sensation from what is being produced. Just merely following the magnification of this feeling which is being ever increasingly generated by creatively layering sounds and rhythms to pleasing affect. People are definitely welcome to interpret the music how they wish in their individual perception and experiences with it.

4. About your creative process: How do you build your flow and dive into the music. Do you have a magic place you go to or a ritual you perform or you just do it?

I simply just create and record what is enjoyable, feels good, or seems pertinent to me during the production process.  The studio is the magic place that I go to do it.

5. Androcell has subtle yet powerful lower frequency grooves. How do you go around building your tracks from the ground up?

It takes a reliable computer, stable operating system, stable DAW, and stable plug-in software. This stands as the foundation for building my tracks.


6. How did your albums evolve from one to another. What lessons did you take with you as you went forward?

As time went on from album to album, I stopped taking myself so seriously and realized that the most important aspect and lesson in my own music creation is to keep enjoyment at the center of what is being done in the moment. If I am truly enjoying myself then it seems that creativity becomes easily permissible.

7. Tell us about what to expect on the new EP?

Growing up as a young kid in the 1980’s I was primarily listening to and recording favored songs to cassette tape on an Emerson radio. So, depending on what station was dialed up and whose company I was in, it could have been anything from classic and new country, mainstream pop, classic jazz, funk, soul, classic or hard rock, symphonic orchestra, to all styles and types of music  in between.  Also, a lot of music television and film/TV themes and scoring during the 80’s definitely had a big influence on shaping my subconscious musical tastes. As I became older, heavier phases in rap, hip-hop, and various rock/metal styles came and went.  By the time I was seventeen I felt like I was finally starting to find what I had been missing all along and a passion for more purely electronic music styles had firmly taken root.

9. Any artists working today that you admire and would like to collaborate with in the future?

From my limited experience, trying to have working relationships with artists who create music I personally enjoy is ridiculously complicated and seemingly futile. To be honest, the very few whom I have respectfully reached out to seemed too preoccupied with grumpiness over monetary rights or something or other. But that is OK. I would rather witness another artist’s true colors than admire fool’s gold. I just do what I can to transmute such rejections into inspiration.

10. What does Androcell have in store for us, and how do you plan to explore the sonic world even further?

I plan to keep on tickling keys and twisting knobs, tapping and slapping pads, patching cords, pressing buttons, and turning dials ever experimenting with how it all triggers the emotional core of my brain and central nervous system.  Hopefully, remembering to press record somewhere along the way.