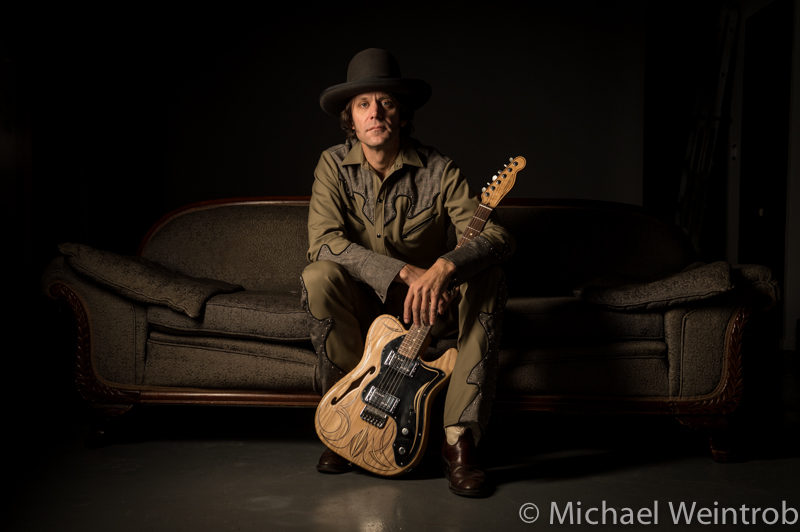 
Country music is alive and well. Just head to Nashville and you’ll find it hard not to fall in love with this core American genre. Besides a few lists, we haven’t really covered Country music here on Revolver. However, stumbling upon Boo Ray caught our eyes and ears and we got set to have a chat with the man behind the music. He’s an artist who not only produces music, but also leather work and body art. He got his first tattoo (of many) in a cornfield at 3:30am, and makes custom guitar straps and belts. Having released 5 albums already, we caught up with Boo Ray after the release of his newest music video “Single of Lights”.

1. You released 4 albums already and we are expecting the release of a 5th album “Sea of Lights”. Can you tell us a bit about how it came to life?

I got a call from my LA producer pal Noah Shain, who recorded 2 tracks on my 2010 Bad News travels Fast Album. He said, “Get your ass to Los Angeles ASAP so I can record you on my Ampex tape machine”. I do what I’m told sometimes, so we cut this new record live to tape in Los Angeles with Noah. We recorded 10 songs in 2 days with and an incredible allstar band – Steve Ferrone on Drums, Paul Ill on Bass, Sol Philcox on Guitar, and twin brothers Todd & Troy Gardner on background vocals.

2. You just released the new video for the title track of your upcoming album and it is loyal to your sound and style. What’s the story behind the song and the video?

Thanks for asking. My great friend, filmmaker Todd Sapre, produced and directed the video in Los Angeles. We shot on the 6th Street Bridge just before they began demolition. Todd assembled a skeleton crew of cutting edge production talent and we did a big 12 hour shoot. He also flew to Nashville prior to that to shoot all of the Nashville footage in the video.

3. The southern rock and country influence is very clear in your music. What are some of the musicians that influence and inspire you the most?

I’ve been hanging around Athens, Georgia for years, and don’t think the red clay would wash out if I tried. The album Live At Fillmore East from the Allman Brothers album has had boocoo influence on me. My Dad was an old school Southern California cowboy so I took right to Dwight Yoakam too for inspiration. I love Jerry Reed, but when I was a kid I didn’t know that Jerry Reed was a great guitar player. I just knew that he was a movie star and dressed like me and sang the Smokey & The Bandit song.

4. Besides making music, you’re also a tattoo collector. How did you pick that up? Do your visual and sonic arts influence each other?

I just can’t draw and it’s not from lack of trying. I do have some visual, graphic ideas though and stumbled on tattooing as a great means to execute those images. I learned early on that it was important to pick a great tattooist and then let them do their thing. It’s a fine line in communicating the information about the image to the tattoo artist and also not limiting the artist if you can help it… So yeah, it’s entirely possible that tattooing has helped me become a better recording artist. Making records for me doesn’t have much to do with a pro-tools edit. It’s more permanent than that to me.

5. Can you share with us a memorable moment that you experienced while touring and traveling?

Sure, I have a recent one in fact. I’m out with my band now on a 30 day radio tour. We drove 30 hours straight to LA and started the tour at a real cool station KCSN Los Angeles 88.5. They had a great JBL sound system and stage for us. We set up and played the show and had a great time. At the end of the set a group of 5 people I’d never met before came up and introduced themselves. They’d driven 2.5 hours from Joshua Tree just to hear our set because they’d been listening to us on SiriusXM Outlaw Country. It’s great to know that we’re reaching people and that grassroots effort pays off.


6. Country is a folkloric genre, specific to this part of the world. What do you think about more modern genres of music: like electronic, fusion jazz, experimental and dub? Will country stand the test of time?

It’s taken a bit of a beating quality and identity wise the last couple of decades or so, but “Country Music” is an internationally recognized original American art form – so it’ll stand the test of time even if the country music machine runs it off in the ditch for another 10 or 20 years.

7. Aside from the music you make, is there a genre in music that you would like to explore but haven’t gotten around to dive into it yet?

I suppose once I’ve written all songs I have in me that it’d be just fine with me to go out flatpicking and making mountain music.

8. Any artists working today that you would like to work with?

I’d sure like to work with Billy Gibbons and Tom Petty.

9. If you had to write a song about the world today, what message would it convey?

We’re riding on a dust ball flying through space. Dig in, try harder, go for it. Whatta ya got to lose?