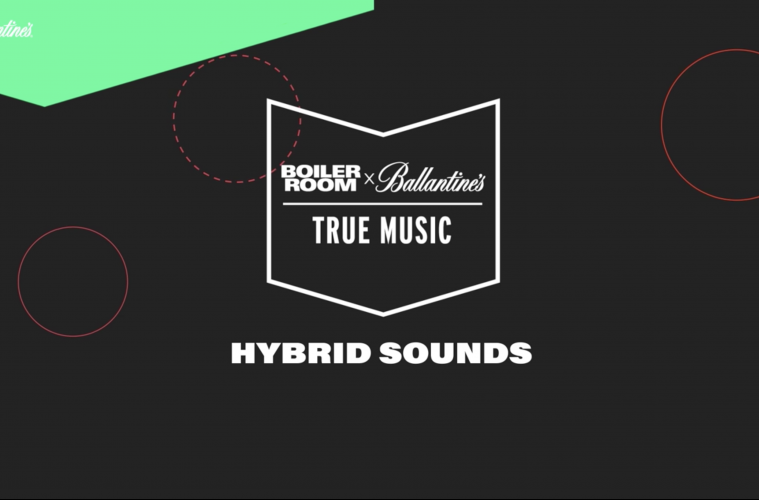 Boiler Room landed in Beirut few weeks ago, in a massive collaboration with Ballantine’s, bringing forth some of the finest local and international artists in fine blend of genres, instrumentation and cultures. As part of the #TrueMusic campaign, Ballantine’s and Boiler Room also initiated a collaboration between Dollkraut, a global synth hero, and Lebanese underground veteran Zeid Hamdan.

Tell us about the direct and indirect influences that shaped your sound and your direction in life?

I don’t have a peculiar influence, just an introspective nature that constantly challenges me to ask myself: who are you, what do you want to say, what do you want to share, how can you improve and grow. I try to be as honest and faithful as possible. I explore every corner of the mind, dark, ironic, futuristic, blissful, enlightment, etc… Any state of mind, and transform it into a vision as clear as possible. if it makes sense. So any kind of pieces of art, books, life around me that can shake my thoughts are a source of inspiration.

What is your creative process when it comes to creating something in the studio versus that of performing live?

I always step into my studio with an idea. I am more a song writer, so to speak, rather than a producer or studio geek. It can start with a bassline, a melody I have in mind, lyrics, there’s no formula. Usually I write fast. The production process is longer as I am not a technician, it takes a while for me to find the right sound design.
Performing live, if you mean as a DJ, I have an intention, let’s say if I want to play rather experimental or more « club », and I build my set in the moment, with a selection I prepare in different folders, usually before the night of.

How would you describe your sound to a time traveller from 1820?

I can’t… You have to do it. I don’t have enough distance with what I do, I wouldn’t be objective.

How would you define ‘True Music’?

Music from artists who don’t lie, who don’t try to be someone else, who express who they are faithfully, brave enough to not be scared to be judged, not following any rules.

Tell us about the direct and indirect influences that shaped your sound and your direction in life?
All those influences come from stuff I listen, people I meet, stuff that goes wrong in the world and good coffee…

How would you describe your sound to a time traveller from 1820?
Like melodies he recognises but played with pianos brought down (or up..) by extraterrestrial life..

Tell us about the direct and indirect influences that shaped your sound and your direction in life?

I was born in a family of artists who make traditional music. My uncle is a very popular name in the traditional music scene as well as the Arab world; he makes songs, musicals, and has brought many artists to stardom. My father is also a singer and choreographer, and the list goes on. When I was about 7 years old, I started to listen to Michael Jackson, then switched to rock and heavy metal, like Pink Floyd, The Doors, Nirvana, Alice in Chains, and ACDC. Later on, I started listening to Hip Hop, Trip Hop, and Acid Jazz, like The Ninja Twin Series, Kid Koala, DJ Crush, DJ Cam, etc… I then decided to travel to France and witness the Drum & Bass scene and the Techno scene, starting with Jeff Mills, Laurent Garnier, and others like DJ Hype and DJ Krush. All of these elements slowly shaped my sound into what it is today.

What is your creative process when it comes to creating something in the studio versus that of performing live?

I don’t always start the same way. I usually just start jamming in the studio, recording for some time. Then I go through my recordings and listen to find out whether or not the music makes me feel something, and that’s where I start working on sound designing and editing. Other times, I start off by taking a sample from any song, finding a hook with it, and just building on that. As for the live sets, it’s something very different. We actually start by creating basic grooves and maybe sequences that we can always play with and randomize. My partner Ziad, who is also a performer, is the one who plays live, and I’m the one introducing and modulating all the sounds. It’s team work. You can say that the live act is basically the same song that can never sound the same because the feeling in the room is different, the vibe is different, and our mood is different.

Here’s another must-watch set from one of the finest Lebanese underground artists, Jad Taleb: