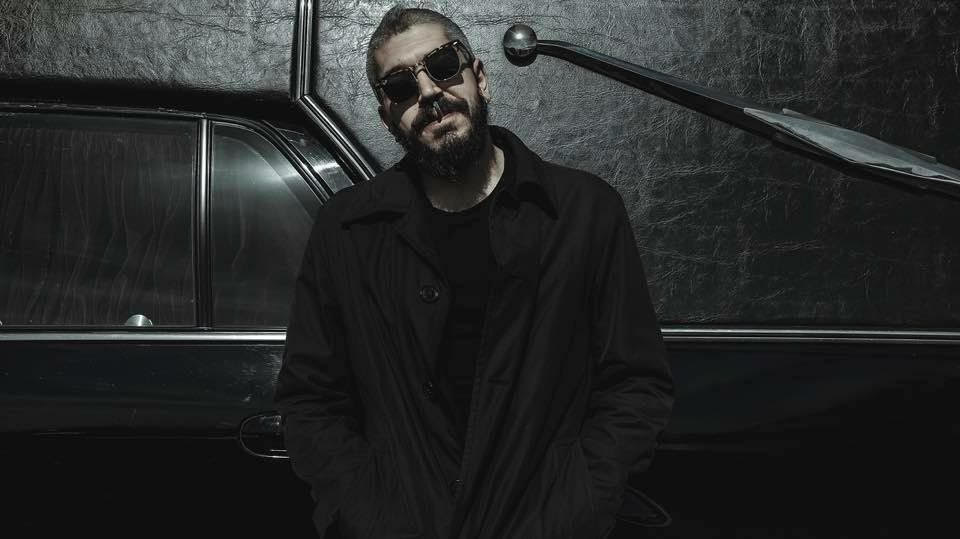 If you’ve been around Beirut’s quality music bars, you’ve probably heard this veteran’s melancholic and powerful voice in one of his many ensembles. Whether with Stripped, aLDT or a solo acoustic performance, Zee always delivers an emotional show with lows, highs and utmost precision and depth. Zee has been a busy bee for the past year preparing a gem of an album: is.it.time:yet? We had a conversation with him about it, here’s what happened.

1. You’ve been making and playing music for a while now, since the days of Linger up until Stripped and now your album is out. Can you tell us about your musical journey and how did it evolve over the years?

Hello, and thanks for having me on Revolver.
I’ve been a musician all my life, whether on a piano, guitar or synth.

Linger was my first band, I was performing alongside talented individuals and brothers;
I’d like to point out that many of them played a major role on is.it.time:yet? (Elie Brain Akl, Ely Akl and Kristian Reslan)

It’s good to work with people who shared with me lots of great moments, challenges, and hardships; the chemistry is there, and makes the creative process much more enjoyable and most importantly, effective.

After Linger, I had to take time off, health-related reasons, and came back to the live music scene in 2012, mostly performing solo acoustic gigs, or with other formations like November, Two for the Road and Banj; managed to get by, and pay rent.
Was blessed to work with, and learn a lot from some amazing veteran musicians such as
Emile Boustany (who also recorded drums for many tracks on is.it.time:yet?), Abboud Saadi and Hani Siblini.

2. it.time:yet? is a deep contemplation of human emotion stripped to their essence, it’s really hard for anyone to listen to it without relating to it on a human level. What inspired your songwriting process?

I think the simplicity of the lyrics and music helps anyone relate to the songs, even if we don’t share the same personal experiences.
As for the songwriting process, it was a basic cause/effect relation of human emotions, how they change a person, and the people around him/her, I aimed at keeping all the lyrics along with the music in the same bubble, so you feel the tiny changes as you go on listening to the album.

3. Tell us about the process that is.it.time:yet? underwent to become the final product we have today. We heard it spent quite a while in the pipeline.

Well it started with a chill conversation with Miran Gurunian (Gurumiran), and a decision to kickstart the project, after which I did the songwriting and initial production of 9 tracks.

Sat down with Elie Akl, who decided to lead the production of the album at The Brain Studio;
Working with Elie is always fruitful, especially given the long musical years we share.

We listened, made changes, additions and re-recorded many of the live instruments (Guitars, Basses, Ac Guitars, Pianos, Pads and Vocals).

We worked with session players to record other instruments, (Emile Boustany and Carlos Abboud laid down some cool drum tracks, Vicky Morcos recorded cellos for En noir et blanc and It’s nothing).
Kristian Reslan recorded the double bass for Crazy Man, a track I love, yet it had a different vibe/mood than the rest of the tracks, so it wasn’t included in this EP, and will be released soon as a single.

We then made the final selection that is the actual EP.

We took our time mixing the tracks, experimenting with different sounds and moods.
Advice and En noir et blanc were mixed by Ely Akl, Hollywood.
She knows, It’s nothing and Reanimation were mixed by Elie Akl, The Brain Studio, Beirut

4. My favorite song in the album is definitely the last one, “Reanimation”. It’s the perfect ending to the album’s trip. Tell us a bit about it.

It is the only track on the EP that comes from the past (2003), Elie Akl was strumming his old acoustic guitar, caught my ear… fifteen minutes later, we had Reanimation.
It’s the story of guy waking up in the hospital’s reanimation room, right after a drug overdose, saved by the doctors, and knowing this incident will only keep on repeating because, in the end he’s an addict.
It is the vicious circle that we keep living, avoiding the main issues, till we realize there has to be a major change to be able to “Walk away”.

5. The artwork of the album is stunning, tell us about that a bit.

From day 1, I aimed at creating a complete experience, a trip that is the music, lyrics, images, and videos, even the visuals for the live performances.
I brainstormed with Nada Abboud and Youssef Nassar (who had caught my eye with previous works with Steven Wilson) on a theme, directly related to each track on the album.
Youssef did a beautiful job on the artwork, and is directing an amazing video for Reanimation, with Steven Gerges, can’t wait!

A behind the scenes documentary about the production process of is.it.time:yet? Will be released soon by Beirut Behind The Scenes, it took some very long hours of shooting and editing, all done by Georges Yazbek, who has been nothing but supportive all along the way.

6. Your music is filled with emotions; do you work on triggering a certain brand of feelings in your music? Or does it just come out naturally? Walk us a bit through your creative process?

The main idea definitely comes out naturally, using any instrument; the next step would be to build around that idea, to complete the different tracks of a whole song that delivers the message.

I like melancholic music, it stirs certain emotions that are considered “sad” … but end up making me feel happier, and dreamy.

7. Tell us a bit about your musical influences. Which artists and albums shaped you personally and musically?

I always prefer listening to a whole album, in the track order intended by the artist. I got used to that by listening to artists like Steven Wilson, Porcupine Tree, Pink Floyd, Radiohead, Muse and Placebo;

For me their albums are each an entity of its own, a full experience, that can’t be felt fully by randomly playing any track.

8. Your live ensemble ‘Stripped’ has been playing the major venues in Beirut throwing a slight electronic twist on moody rock songs. How did it come together and how will you deliver the album to your live audience?

Stripped is an experience I’m enjoying a lot, remixing live tracks from some of my favorite artists with an electronic touch, alongside Kristian Reslan (bass guitars) and Elie Ishac (looping and electro beats).
Stripped is also in the process of creating some cool original material, and performing live remixes of many tracks on is.it.time:yet?
We are playing regularly at The Next Whiskey Bar, Beirut, on Wednesdays, and other interesting venues where our music is appreciated.

(image credits: Beirut Behind the Scenes)

9. What are your future plans? Anything hidden in the pipeline for now?

Already started the songwriting process of the next album, should be fun.

Also finalizing the physical album launch, the release concert, shooting videos for many tracks from is.it.time:yet? And preparing some cool remixes with great DJs from the Beirut scene.

If you still haven’t checked the album out, click on the below image to get it: