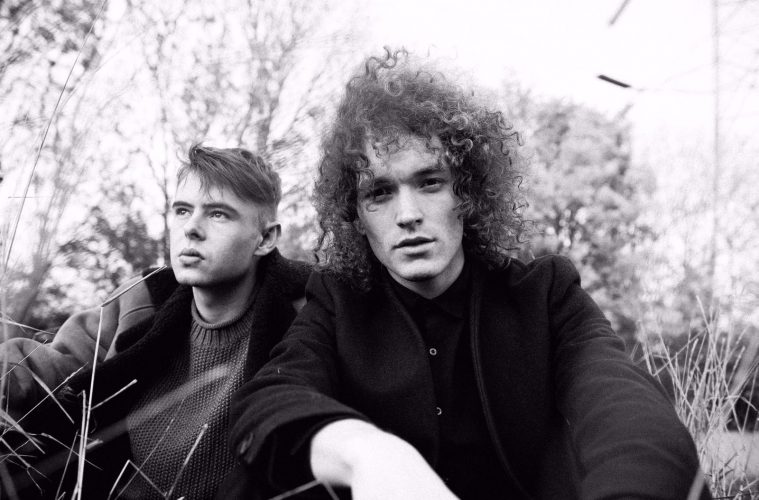 Crossing Oceans: An Interview with Seafret

By the time you realized there was more to life than going through heartbreaks and watching Disney Channel, Jack and Harry had already met at an open mic in Bridlington, UK, and started writing original material. Seafret, the Alternative/Indie musical duo, was formed in 2011, combining Jack’s ability to turn raw emotions into lyrics and Harry’s flair for music composition. The result was a series of songs that soon made their way up the charts and made them known for their genuine sound. A lot of thought is also put into making their music videos so they’re definitely worth checking out, especially if you’re a Game of Thrones fan (Look out for Maisie Williams AKA Arya Stark who stars in the music video for Oceans – their most popular song). In an interview with the down-to-earth duo, we shifted to a parallel universe, spoke about touring in the Middle East and discussed literature. Read below to learn a fun fact about them and know more about their future plans! You have stated that the songs you write are based on personal stories, struggles and feelings. Most of them denote very strong emotions, mostly sad ones; how do you create a balance between the heavy-heartedness you express in your songs and your light, happy, joyful personalities?

Jack: Good question! We’ve always worked in a very similar way when it comes to song writing. Harry usually has a piece of music he’s been working on and then shows it to me; it’s a matter of following your heart. Depending on what emotion I feel when I hear it, will determine what the song will be about or what emotion I will try and capture in the lyrics. It’s hard to tell why there’s so much sadness in there but it’s much easier to write a sad song as opposed to a happy one 🙂 We definitely use music as an outlet for emotions and I think people relate to that.

Which one of your songs would you recommend to someone if you want to introduce them to Seafret and why?

Jack: If I was trying to convince them to be a fan, I would choose ‘Oceans’ as its one of our most popular songs but also one of our most simple songs in terms of structure and melody. I think this song works because of its simplicity, it allows space for the message in the lyrics to really come through and allows the person listening to really hone in on the vocal and guitar. It all depends on who I was talking to, if it was an old punk rocker I would choose ‘Monsters’ as it is one of our heavier songs.

In a parallel universe where you are not making music, what do you think each of you would be doing for a living?

Jack: Yer, go on Dragons Den with some strange invention we’d come up with

If you were to plan a tour to the Middle East, where would you like to perform first and why? Are there any such plans?

Harry: We are constantly surprised how far our music is reaching and it would be an honor to perform in the Middle East!

Jack: We haven’t got anything booked in for over there as it stands but as soon as we have an invitation then we’ll be straight over. The two of you are very cultured, not just in terms of music. What is one book everyone should read and why?

Jack: I remember the first time I read Frankenstein by Mary Shelley, it really blew me away and I think everyone should read that at some point or other in their lives. On the flip side, I also love Richard Brautigan for his incredible mind and ‘out there’ work.

You were the supporting/opening act for many artists and bands. If you could choose anyone (artist or band) to open for your biggest show yet, who would it be and why?

Harry: We’re very into bands that are just starting out as we know the feeling of how daunting it can seem when you get into music. We have a friend from Ireland who goes by the name ‘Rosborough’ and we would take him to try and help him push his music out there too.

I hope it’s a large tape

Can you tell us one fun fact about each other?

Jack: Harry has never had a job in his life and I’m a black-belt in karate.

If you had to make a mix tape that would describe your musical influences, what tracks would you include?

Jack: There would be John Martyn, Robert Johnson, The White Stripes, Bob Dylan, Rodrigues, Tom Waits, The Pixies, Nirvana, Michael Jackson, Louis Prima… The list could go on and on, I hope it’s a large tape. What is the most insane thing your fans did to get your attention?

Harry: One fan threw a bra at my head on stage.

What are your plans for the near future now that you’ve released Monsters (EP)?

Harry: We are currently on tour and have just wrapped up the European side of that. We have a week off now and then we fly to Russia, Belarus and Kiev for some more shows. After that we are straight to the studio through December/January and we’ll hopefully have album two ready for next year.