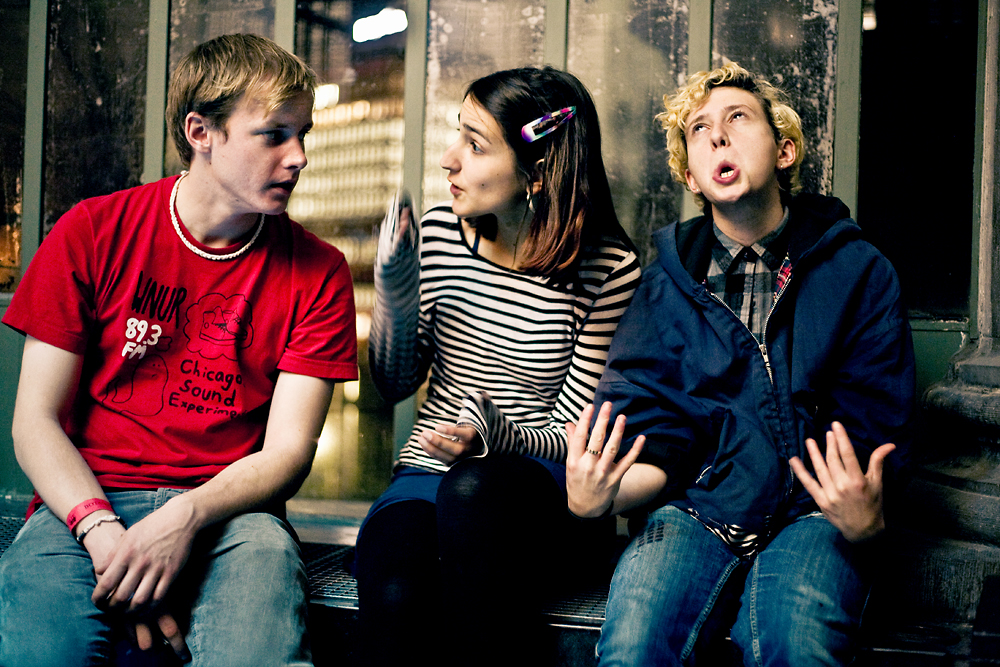 The beautiful thing about music is that it comes in so many styles and forms. There’s a lot of music out there, a lot of it is pretty weird, and that’s just awesome. There’s nothing quite like the thrill of discovering an obscure artist who just leaves you in awe and blows your mind with how left-field they are.  So here are six unconventional artists that are sure to thrill you, lesser-known ones though, these aren’t your Björks or Captain Beefhearts. In the words of Monty Python’s John Cleese: “And now, for something completely different…”

Soul Coughing were a New York band who operated throughout the 90s until they disbanded as the new millennium rolled along. Their style was a fine blend of rock and roll beats and riffs over laidback jazzy grooves, along with elements of hip hop, electronic music and weird samples, from orchestral noises to vague speech clips. But what tied it all together was the band’s frontman, folk singer and slam poet Mike Doughty, who would sing and recite his abstract stream-of-consciousness poetry over it all. They only put out three albums, and I recommend you give each a good listen, especially their final release El Oso, where they went all drum n’ bass!

Another New York group of the 90s are Cibo Matto. The duo, whose name is Italian for “crazy food”, primarily consists of Japanese-American musicians Yuka Honda and Miho Hatori (fun fact: Hatori provided the original voice of Noodle from Gorillaz, as heard in 19-2000). The band’s sound features elements of electronic music, hip hop, rock and jazz, a sort of pseudo-trip hop. Hatori would yelp, rap or sing lyrics centered on food in tracks such as Know Your Chicken, though their topics did broaden with time. After an almost decade-long hiatus, Cibo Matto recently released their third studio album this past February: Hotel Valentine.

These guys were truly beyond categorization. cLOUDDEAD was an experimental hip hop project active around the first half of the 00s which featured three artists from the alternative hip hop label Anticon: Doseone, Why? and Odd Nosdam. Though the solo work of each individual artist is not exactly what you’d call standard, as cLOUDDEAD they crafted some truly out-there material with Odd Nosdam’s eclectic experimental-electronic hip hop production serving as a backdrop for Doseone and Why?’s bizarre sung and rapped lyrics on goat eyes and car crashes.

How many bands can say that they’ve used homemade instruments and sampled stuff like vacuum cleaners all in one album? Fronted by Mica Levi a.k.a. Micachu, Micachu and The Shapes are an experimental pop band from Britain who’s highly unusual sound features elements of rock, electronic music, hip hop and some sounds you just can’t describe. What to expect: non-standard guitar tunings, loads of distortion, arbitrary glitches and some catchy-ass melodies. So far they’ve released two albums which I highly recommend.

This is surf rock like you’ve never heard it before. Messer Chups is a musical project from St. Petersburg mainly featuring Oleg Gitarkin and Annette Schneider. Presently, they are a straight-up surf band with guitar, drums and bass performing 50s B-movie inspired surf rock, but it’s their previous style that I’m more fascinated with. Messer Chups’ older compositions could be called “electro-surf”, beats created using surf, rockabilly, jazz, and horror and sci-fi film samples with kooky retro synth melodies and reverby guitar. If they don’t end up in your Halloween party mixes, you’re doing it wrong.

This last artist is the most recent in this list, having only released their online mixtape Midcity a year ago. Clipping are a Los Angeles experimental hip hop group consisting of noise artist William Hutson a.k.a. Rale and film soundtrack composer Jonathan Snipes providing jarringly abrasive and highly textured noise soundscapes, with Daveed Diggs spitting gritty rhymes on top. I must admit, I haven’t listened to a lot of these guys, but upon hearing the track “bout.that”, I distinctly remember being in awe of how genuine and unprecedented it sounded. If you were to punch conventional hip hop in the face, smash it to bits with a sledgehammer, shove the remains into a furnace and press the ashes into a vinyl record, it may just sound like Clipping. Check that tape out pronto, and await the release of their major label debut later this year.