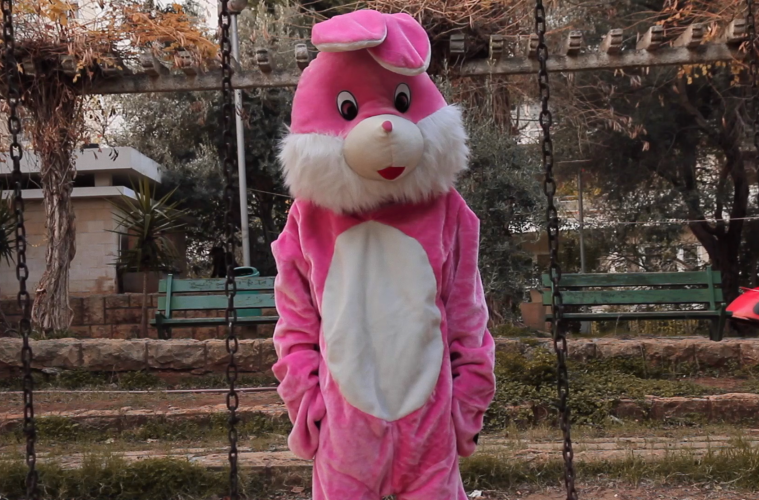 Revolver Premiere: Interbellum goes for a run in new surreal video for “Another Day”

Interbellum, the Lebanese band led by singer-songwriter Karl Mattar, have released a single titled Another Day / First Light. Revolver is happy to premiere the music video for Another Day, shot by Camille Cabbabé: a surreal affair that involves a treadmill, a multipurpose tennis ball and a terrifying giant pink rabbit.

The two synth-heavy songs are a departure from the project’s previous guitar-driven work and feature Fadi Tabbal and members of Postcards. Like the 2016 debut Now Try Coughing, the songs were recorded and produced by Tabbal at Tunefork Studios. Another Day’s (over)driven pop beat finds its anthesis in First Light’s drowsy floating textures. The two songs will appear on Interbellum’s upcoming album slated for release in this spring, and are free to download on bandcamp.