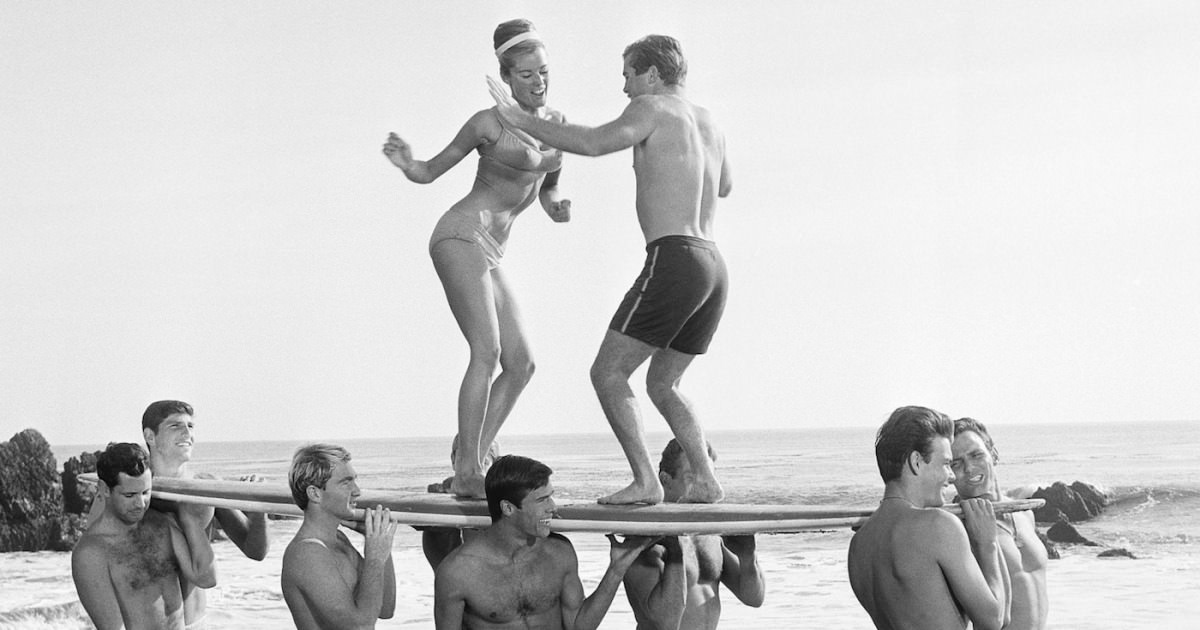 Miserlou’s Journey From the Middle East to Pulp Fiction


Play Dick Dale’s Miserlou to a random person on the street and they’ll be quick to mention Pulp Fiction, the Quentin Tarantino movie. Tarantino brilliantly opens his movie with Dale’s rendition of the song right after Honey Bunny’s strident “any of you f*cking pr*cks move, and I’ll execute every motherf*cking last one of you!“.

If you’re less fortunate, that person might yell out something like “Ahh that sounds like the Black Eyed Peas”. Keep walking, you don’t need this kind of negativity in your life.

The history of Miserlou (or Misirlou) is a rich one and spans decades and several continents. Aside from its feature in one of the greatest films of all time, perhaps the most intriguing part of the history of this song is how it became a surfer anthem in the west of the United States and later around the world. If you listen closely, you might however recognize eastern influences in the melody.

Have you ever wondered what the original melody was like, and how it morphed into the popular version that we all know?

Miserlou (Greek pronunciation) derives from the Turkish word Mısırlı which translates to ‘Egyptian girl’.The oldest known recording of the song – dating back to 1927 – is attributed to Greek musician Theodotos Demetriades, although the question of copyright often gets lost in endless loops when tackling traditional songs. For Miserlou, the general consensus is that the first lyrics – in Greek – told  the love story of a Christian Greek man and a Muslim Egyptian woman, while the melody originated from the region which was known back then as the Ottoman Empire.

You can listen to Demetriades’ recording on YouTube. The quality is surprisingly good. It sounds so melancholic it could have easily been the soundtrack to every romantic drama film of that era.

From Greece, the song hit the shores of the American continent in 1941. This was a significant moment as from there it eventually rippled through every other corner of the world. That year, Woody Herman and his Orchestra released the inevitable Jazz cover of Miserlou.

The popularity of Miserlou in the United States was mainly driven by its large Middle Eastern immigrant population. But before we get to the most defining recording of that song (by a son of immigrants), let’s listen first to a recently uncovered recording by Syrian-American musician Anton Abdelahad.
Abdelahad was born in Boston, MA on July 25, 1915, a child of immigrants from Damascus, Syria. He was well known in the musical circles of the expat community of North America, particularly those from Middle Eastern ancestry. He would perform at concerts and festivals across the United States and Canada, often accompanied by American violinist Philip Solomon.
Abdelahad’s Arabic cover of Miserlou is titled Ta’al la Oullak which literally translates to “Come so I can tell you”. It is the second known Arabic arrangement of the song, the other being Amal, written and performed by Lebanese musician Clovis el Hajj. (Wikipedia incorrectly states that El Hajj’s version is the only known arabic version of Miserlou to date)

I reached out to Anton Abdelahad’s grandson, Anthony, who gave me additional information on Ta’al la Oullak. According to Abdelahad, this recording was made in 1948. The lyrics were written by his grandfather and the arrangement made by a Roland Saniford on the piano and the featured violinist was Philip Solomon.

It may never be confirmed, but the impact of this recording on the mass spread of Miserlou decades later could be in fact, immense.

In 1937, a decade before the Abdelahad recording, Richard Mansour (son of Lebanese immigrant), later known as Dick Dale, was born in Boston, MA – which incidentally happened to be Abdelahad’s hometown. One of Richard’s major musical influences was his uncle who taught him how to play the derbakkeh and whom  he watched play the oud . They used to play together at the Maharjan,an annual Lebanese festival in Greater Boston. Who knows if  Dale and Abdelahad were ever on the same lineup one of those years? Sometimes during their musical exchanges, Dale’s uncle taught him Miserlou. During one interview, Dale explains: “I first heard the song as a child. I used to watch my uncle play it on the lute and my other uncle used to accompany him on the derbakkeh.”

The defining moment came in 1962 when Dick Dale plugged his electric guitar and turned a Mediterranean folk song into the world’s most famous surf rock song, losing the lyrics along the way. The rest is history. The Beach Boys would cover it a year later, followed by an endless number of rock bands and musicians. The Black Eyed Peas would sample it in 2006 for their song Pump It, almost confusing a new generation as to its origins.

Dick Dale ended up pioneering surf rock music, which later gained national exposure with The Beach Boys and other California bands. In the midst of it all, the prospect that the Middle Eastern immigrant community somewhat fuelled the eventual birth of staple All American songs such as Surfin U.S.A remains quite fascinating.

Bonus: Some additional versions of Miserlou that I found worth sharing

Pete Seeger‘s performance with hundreds of audience members is captivating.

Probably another contemporary of Abdelahad:

I’m not sure of the origins of this version, I found it on YouTube and I think it makes it easier to understand the song’s history.

Finally, a classic rock/psychedelic take from The Devil’s Anvil, a short-lived band from the 60s.