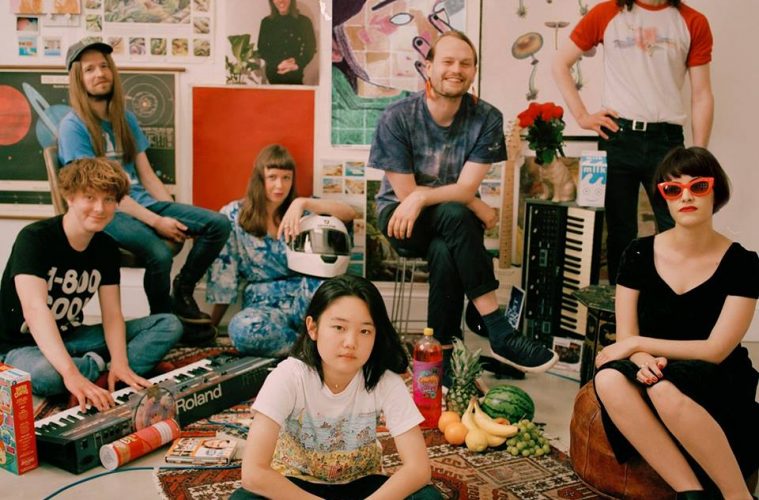 Collage Pop: Have You Heard of Superorganism?

First thing that came to mind listening to Superorganism was “how the F would anyone come up with this?”. Superorganism‘s music sounds like a new color, it’s beyond the spectrum. The octet (peasants, this means a group of eight) blends cash register sounds, a bite into an apple, and chirping birds with beautifully detuned synths and surreal chorus hooks making a fantastic collage of indie-pop. Their self-titled album “Superorganism” holds a collection of 10 tracks and has been released on Domino on March 2nd. The band has a very promising future and has already hit the ground running by securing several spots in European festivals after their debut album.

Listening to this is as good as listening to all those new country cover bands.

Collage visuals for the collage song:

And an entertaining live performance of 4 tracks from the album for KEXP: