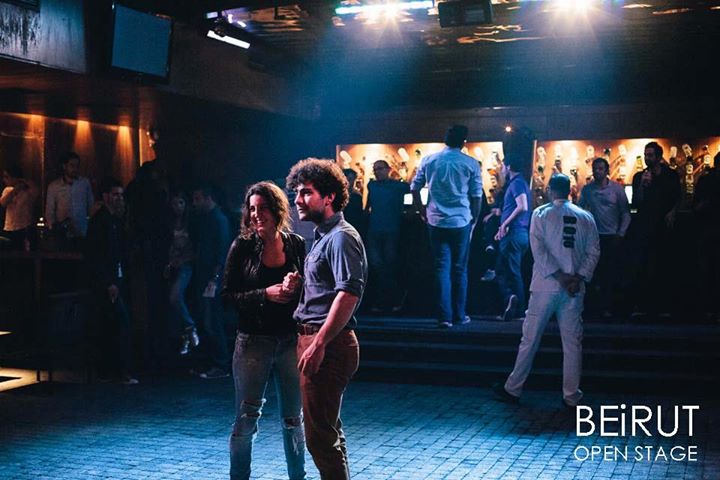 Beirut Open Stage presents: BEIRUT. WAVE ONE. The Album. The Project. The Dream.

Beirut is a place where the fast paced life blessed with stress of insecurity, bombings and traffic jams will make you indifferent to everything. The beauty of life slips unnoticed sometimes from between the rubble clutter. However, there are still people working their asses off to change that and bring the beauty of this city back to the surface and make it glow proudly with what is the original essence of Beirut, its people and its talents.

Beirut Open Stage (BOS) is an organization that aims to showcase the best of Lebanon’s new artistic talents through a series of open stage events/concerts across the country’s capital. Making people come together over something beautiful for a change. We had a discussion about it with the team behind the project, in order to have a better idea of this new concept.

Through its events, BOS acts as the middleman between the artists on one side and, on the other side, the audience and the professionals. It allows for various artists to build a fan base and connect with them on a regular basis through their participation in various themes suggested within each event.

The BOS concept is the result of an increasing need for an easy-access medium to put forward the Lebanese artists’ works of art. Whether it’s musical pieces, paintings, sculptures, projections or any other form of artistic work, BOS is capable of integrating and making them available to a wider public that will usually consist of art enthusiasts and talent scouts within Lebanon.

In this way, a constant exchange occurs between artists, their growing public and the BOS organization, wherein each benefits the others by satisfying their mutual needs.

BOS provides the artists with various spaces to host an audience. The artists present their works of art to a larger audience. And they with their powers combined BOS, the artists and the audience will enhance the artistic network and increase artistic awareness.

Already six months have passed since BOS launched its first event and more than 150 artists have taken the stage since then. It seems logical and essential to the BOS team to arrange a meeting between artists and professionals to provide them with the best possible environment and who knows maybe even grant them a studio session with an expert in the field of producing. This is why, as you may have already noticed, BOS has invited for this next project, a panel of experts made up of producers, art directors and experienced musicians as well as many other surprise guests – soon to be announced.

BEIRUT. WAVE ONE. – THE PROJECT

Over the past 6 months, BOS felt like it has accumulated a substantial amount of musical potential and wants to do something about it. BOS joins forces with JAMESON, RED BULL, TUNEFORK STUDIOS, INSTRUMENTS GARAGE and METRO AL MADINA to present its new project: BEIRUT. WAVE ONE album.
The BEIRUT. WAVE ONE album will consist of a compilation of original songs by the local bands/artists. This decision is the next logical step for the BOS community to further showcase and promote as best it can the local talents of Beirut:

· Reach a wider audience with a broad range of musical tastes and preferences
· Be a part of a musical collective involving many of the new talents in Beirut
· Have your songs professionally recorded in a high-end studio environment
· Last but not least, the opportunity to sell one of your songs of course.

BOS is calling on artists to perform One Cover song and One Original song at Metro al Madina on September 1 and September 8, 2013. Artists who will receive substantial amounts of positive feedback, be it through the experts’ decision or the amount of public votes, will be granted to record his/her/their own song in a high-end studio environment and be part of the BEIRUT. WAVE ONE Album.

WHO TAKES CARE OF THE RECORDING?

The people over at Tunefork Studios will be responsible for taking care of the professional recording of each selected band’s original song and will provide years of experience in quality recording, mixing and mastering of each individual track in order to satisfy each band’s vision of what they want their finished product to sound like. For a full list of the artists that have previously collaborated with Tunefork Studios, please visit: http://tuneforkstudios.com

► ZEID HAMDAN –  Zeid Hamdan is a Lebanese music composer. He is the music producer behind some of the most successful bands on the Lebanese and regional alternative scene. Amongst them bands like Soapkills, The New Government, Katibe5, Shiftz, Hiba Mansouri, Kanjha Kora, Kazamada, Maryam Saleh , Dany Baladi and Zeid and the Wings.

► RAED EL KHAZEN – El-Khazen is a graduate from the Berklee College of Music in Boston where he had the chance to study with some of the greatest guitar players and musicians of today’s jazz world. In 1999, upon graduation, Raed moved to New York City, where he played, recorded and performed in a large array of musical styles. In 2009, he decided to move back to his home town and ventured in the partnership of B-root Productions with Jana Saleh. Raed has been investing his efforts in the development of regional artists while moving forward in his personal career.

► EILEEN KHATCHADOURIAN – Eileen Khatchadourian is the first Lebanese-Armenian rock singer to actually perform in Armenian. Winner of the “Celine Dion” singing contest in 1997 out of more than 200 candidates, she toured in Lebanon, Dubai, Geneva and Paris, accompanied many great musicians some of which are: Guy Manoukian and Ziad Al Ahmadiye and she took part several times in the International Beirut Rock Festival alongside Yann Tiersen and Serj Tankian. Her debut album “MIDAN” (2008), an exquisite mixture of old Armenian traditional songs and alternative rock, mastered at the Abbey Road studios in London, won the “Best Rock Album’’ at the Armenian Music awards, Nokia theater, in Los Angeles. Eileen is now working on her new album in Bassano Del Grappa (Italy) and will complete it in Beirut. Its release is planned for 2014.
▬▬▬▬▬▬▬▬▬▬▬▬▬▬▬▬▬▬▬▬▬▬▬▬▬▬▬▬▬▬▬▬▬▬

Registration via beirutopenstage@gmail.com
Registration Deadline: August 15th, 2013
The album will be released and distributed at the last BOS event of the first season in December. (Date & Venue TBA)