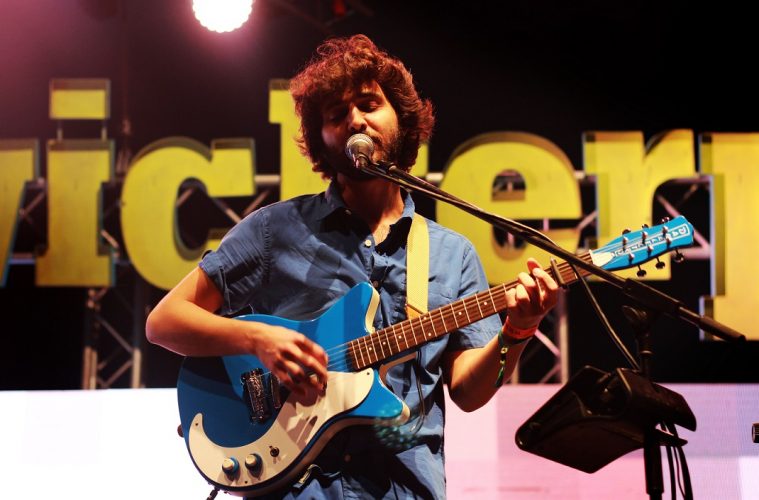 Two years after Interbellum’s first release Now Try Coughing, an 8-track album that left us wanting more, comes a full 10-track album titled Dead Pets, Old Griefs. The album once again brings together Karl Mattar’s (aka Charlie Rayne) lyrical genius and melancholic guitar with Fadi Tabbal’s exceptional production. The result is nothing short of their debut. In fact, it’s everything we loved on NTC and more!

As we move into Interbellum’s next era, we are welcomed by Mattar’s reassuring vocals and soft guitar chords in “Distortion”. A minute and a half into the song, the track’s title becomes clearer as a distorted and dissonant synth(-sounding guitar?) bursts in and fills your ears for a good 45 seconds.

This introduction leads us into the songs “Another Day” and “First Light”, two synth-led tracks that were released back in February and had given us a taste of what’s to come.

Fourth on the album is “It’s All Over”, full of energy and still within the lo-fi realm, boasting gritty guitars and bright keys. Mattar’s lyrical genius sits perfectly within the music, as he reminiscences about “sunny skies and teenage flirts” before confirming once and for all that “it’s all over now”.

Fun fact, the opening sentence of the track says “Her bruises crust” and not “Hey, Jesus Christ”.

Fellow musicians from dream-pop band Postcards are featured on the album, most apparently on “Ready to Dissolve”. Julia Sabra, Pascal Semerdjian and Marwan Tohme’s talent shines through making this track one of my favorites on the record. Sabra’s flowing harmonies add to Mattar’s vocals, showcasing the mournful feel of the track.

“Ink” follows and writes its own rules. If Garage Waltz was a thing, “Ink” would be its anthem, a soft ballad held together by a pipe organ-sounding synth and a 6:4 drum pattern.

The cryptic “PQRST” slows things down a little, with its stumbling drum machine, before “For Air” bursts in with heavily compressed drums and an aggressive sound that contrasts with Mattar’s soft plaintive vocals.

Last on the record, but absolutely not least, “Some Ghosts” and “Weight of Winter” are moments of realization. The first sums up the album’s emotional trip, while the second tops it off with a conclusive, gorgeous message delivered through vivid guitar and effect-heavy keys.

All in all, Dead Pets, Old Griefs is an incredibly emotional musical journey, accentuated by Mattar’s poetic and warm yet aggressively punchy songwriting.