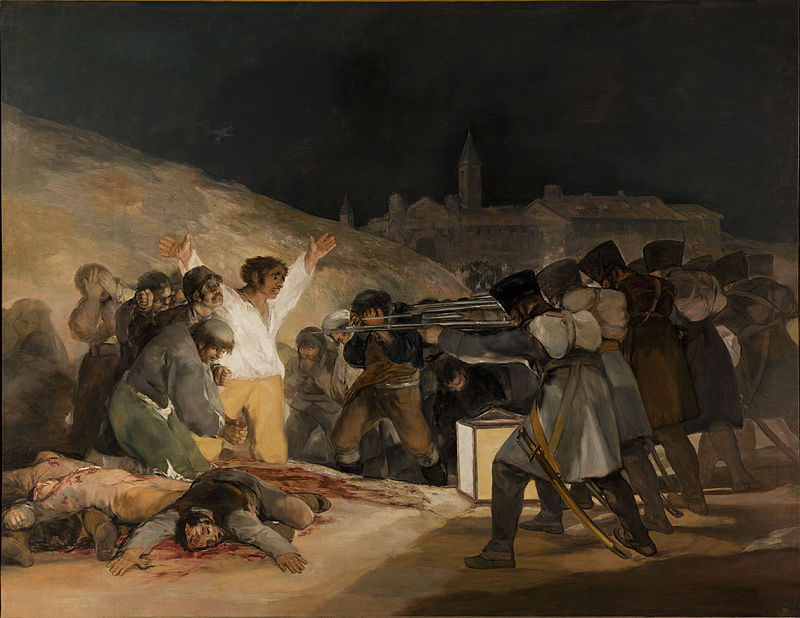 
Fleet Foxes – critically acclaimed indie folk band from Seattle, led by Robin Pecknold and once home of obnoxious J. Tillman aka Father John Misty – rose triumphantly from their 6-year hiatus with their most progressive (Crack-Up), and most ancient-text-illusions filled effort yet.

Pecknold titled the record after an essay by F. Scott Fitzgerald that appeared in Esquire in 1936. One track is named “Mearcstapa”, which stands for Monsters: The Experimental Association For The Research Of Cryptozoology Through Scholarly Theory And Practical Application. If your plan is to sit and analyze the record’s lyrics, you’re going to need to keep a whole lot of browser windows open. Here’s one way to make it easier.

Verse: Two lines in the air / Two eyes on the pair / Mearcstapa, on an open sea
Origin: Beowulf, the epic, Old English poem composed sometime in the late 10th century.

Grendel, one of the poem’s villains, is referred to as a mearcstapa, or a march-stepper—a figure that walks or haunts the borderlands, something between man and monster, between here and there.

2. I Should See Memphis

Verse: Like First Manassas / Like Appomattox
Origin: The first battle of Manassas, also known as the First Battle of Bull Run, was the first major battle in the American Civil War. Instead, Appomattox, was the last battle, which led to Gen Robert E. Lee to surrender the confederate army to Ulysses S. Grant

Verse: “As we stood, confregated, at the firing line”“Aren’t we made to be crowded together / Like leaves?”
Origin: This line is a reference to Francisco de Goya’s paiting (Third Of May, 1808) depicting Spanish captives being executed by a French firing squad.

Verse: “What have I got / if not a thought?”
Origin: Reference of 17th century French philosopher Rene Descartes’ famous quotation: “I Think, therefore I am”. The act of thinking is what confirms a person’s existence and that is all he/she has.

Verse: “Song of masses, passing outside / All inciting the fifth of July / When guns for hire open fire / Blind against the dawn”and “Cassius, one month on his was”
Origin: Starting from the top: Gaius Cassius Longinus was a Roman senator who was involved in the plot to betray and eventually kill Julius Caesar. Pecknold has also stated that the Cassius in question may refer to Cassius Clay (Muhammad Ali). This is confirmed in the song I Should See Memphis, which refers both to “Cassius in Rome”(Longinus) and “in Kinshasa” (Ali’s Rumble in the Jungle where he won the heavyweight title from George Foreman).

The song thus take place on the 5th of July. Muhammad Ali (aka Cassius Clay) died June 3rd, 2016. Robin Pecknold himself stated in an interview that “Muhammad Ali had died a month priori, and I feel like he was a cultural leader and a hero, and so the void left by his death at that time was palpable, I felt. So that’s why that comes up in the song”.