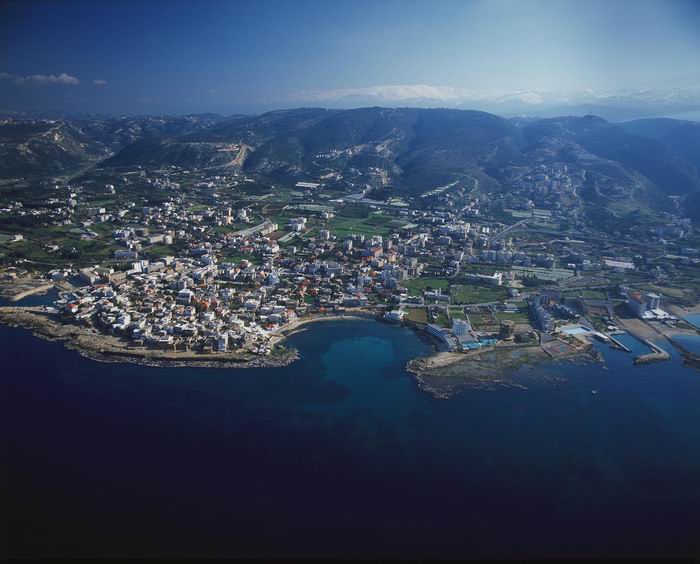 It is true that most songs are about love, change and nostalgia, and some are even better at describing it when they evoke a geographical place we could all imagine and try and draw links to; behold, the best 20 songs named after famous cities across the world.

20. The Wombats – Tokyo (Vampires and Wolves)

The Wombats The Wombats’ ‘Tokyo’, just like most songs on this list, is more about escapism than it is about a touristic ad for the city. Singer Matthew Murphy describes it as ‘ quite an angsty, anxious song, wanting to run away from everything’. The song also reflects the group’s desire for change, trading their indie rock roots for a more bubbly synth pop featuring massive keyboard use.

This quasi-depressing and strikingly intimate song was written for Jeff Buckley, whose sudden death in 1993 completely devastated singer/songwriter PJ Harvey. Memphis was perhaps the place where they first met, in which he most probably made her listen to his unfinished song, ‘Morning Theft’, from which she took the line ‘send it away to bring it back again’.

I can hear die-hard Beach Boys fans jolting with pain simply because I reminded them of this. Originally written for that horrible Tom Cruise movie from the 80s in which our beloved scientology afficionado is half naked all the time, ‘Kokomo’ is perhaps the worst song ever written/performed by the Beach Boys, but rarely can a bad song like this one make you feel such intense feelings of joyfulness and innocence. In other words, The Beach Boys’ ‘Kokomo’ is perhaps the very definition of those ‘so-bad-they’re-actually-great’ songs.

Phoenix’s hugely successful ‘Wolfgang Amadeus Phoenix’ is probably best known for its lead singles ‘Lisztomania’ and ‘1901’ (which has been reprised by the incredibly annoying Birdy) but ‘Rome’ is my favourite track off the album and I believe it’s Phoenix’s most mature song both lyrically and musically. The song narrates the story of a girl who falls head over heels for a guy she’s spotted on TV but who eventually gets over him with time; at one point Thomas Mars compares her love affair with the star to the fall of the Roman Empire.

Even though I don’t believe this massive hit deserves an introduction, it should be made clear that the song has nothing to do with praising Israel or connoting the Bible; it merely uses ‘babylon’ as a symbol of something that crumbles only to rise from the ashes with even more power; this makes absolute sense with what Gray has been trying to portray through the song: a man who realised that his relationship crumbled because of his fear to love and who decides to fix things once and for all.

The hip Greek band might be usually recognisable for their fast-paced dance pop music but you might be surprised when listening to this one. The first thing you notice about ‘Miami’ is the fact that it takes its time; and that it only features classic instruments. Philippakis told NME that the song was about ‘bad experiences at the beach’ and that he chose to call it Miami because ‘it reminded him of Scarface’, with which the song shares that cheap 80s grooviness we’ve all been enjoying in indie pop music these last couple of years.

This country-folk classic has been written by Forgety to describe the time during which he was a member of The Golliwogs, who continuously struggled for success and often played in front of indifferent crowds. He assimilated these bad old days to Lodi, a cul-de-sac that his parents used to take him too every summer. Even though the song seems pretty personal, its universality is undeniable.; Forgety portrays despair and hopelessness like no other.

Yes, the band that made the whistling song from FIFA have other great songs to their initials and this is probably my favourite by them along with ‘Second Chance’. Here, the notorious city is used as a metaphor for a place in which time and space are erased notions and you’re stuck in a state of perpetual disconnection. I think everyone who’s ever been to Amsterdam can relate to this one.

This campy synth-pop wonder (that’s been remixed by nu-disco king Moullinex) is an absolute joy to listen to; there’s not much to be said about the lyrics, but its musical force comes from the fact that it scrounges the best of those 80s kitsch beats blending them with a familiar dream pop vocals. It’s how feel-good songs should sound like.

The lyrics to this song remain a mystery, but it’s been said that it got called ‘Salinas’ because that’s where John Steinbeck’s (Marling’s favourite authour) ‘Of Mice and Men’ was set. The lyrical genius was also clearly inspired by the writer’s classic, ‘East of Eden’. It is a song that resonates long after it’s been heard, not only because of its descriptive lyrics that paint a picture of a proletarian society so dear to the heart of Marxists, but also Marling’s raucous, often raspy voice is divine to listen to..

There’s no need to introduce Burial, pioneer of current ambient house music who so masterfully blends bits and pieces from mediocre hip-hop songs from the early 2000s and cheesy dialogue from forgotten American TV movies with his repetitious, haunting and often transcendental beats. NYC is no exception: it is of harrowing beauty and can make you both extremely sad and happy at the same time; its lyrical ambiguity doesn’t really give out a clue as to why he chose New York City as the title of the song, but who cares as long as the music is so damn good.

Most Bon Iver songs are named after cities, and ‘Calgary’ might be the first that comes to mind, but I believe that ‘Perth’ contains Vernon’s most haunting lyrics and the band’s most beautiful instrumental efforts yet (the sound of distorted guitars, clarion horns and angry drums clashing together by the end of the song is heavenly). The song’s an homage to the late actor Heath Actor, who was apparently a close friend of Vernon’s and who was born in Perth, Australia, thus the title. It is both extremely powerful musically and extremely heartbreaking lyrically.

According to an interview he gave out in 2004, Sufjan Stevens plans on dedicating a full album to every single state of the US before he definitely retires. This song (in my opinion, his best) was featured in his ‘Come On, Feel the Illinoise’ LP, and it’s frankly as uplifting as a song can get. Using ‘Chicago’ as a metaphor for new beginnings, Stevens praises emancipation from one’s roots/parents and experimenting new territories in order to grow as individuals, all the while sampling the chilling sounds of a children’s choir. It’s bliss, really.

This indie folk band’s popularity has been growingly incessantly over the last couple of years, and they deserve every wave of praise they’ve been getting from the music world; this song, which is extremely special to me since it features dialogue taken from an anthological film about a couple’s slow death, Godard’s ‘Le Mepris’, is about the disintegration of a couple. Some of its lyrics are devastating, but it doesn’t reflect much on its melody, that retains Beirut’s distinctive sounds that feel like they’ve been taken right out of a Kusturica film.

Lou Reed, the man behind the greatest band of all times (yeah, suck it Beatles fans), wrote this gem of a song to introduce his ‘rock opera’ album that goes by the name of ‘Berlin’ as well. It recounts the wildly romantic love story of Jim and Caroline, two drug-addicted bohemians who fell for each other in post-WWII Berlin by attaining narrative and lyrical genius never topped before in musical history (except by maybe Reed myself in ‘Heroin’ or ‘Lady Godiva’s Operation’).

There’s nothing sadder in the world for people who watched ‘Philadelphia’ starring Tom Hanks than listening to this song; it was played at the precise moment during which the character was succumbing to AIDS and it was nominated that same year at the Oscars (which doesn’t mean shit generally since Faith Hill was also nominated once but what the hell). Neil Young’s a legend, and he had nothing to prove in 1993 when this song was recorded, but he surpassed himself both lyrically and musically in this one.

Friendly Fires’ ‘Paris’ is one of those songs that can easily be accused with over-simplistic lyrics and melody but its simplicity makes it magical; Paris, the mythical city of love, has always fascinated (I sincerely wonder why though) poets, writers and songwriters and this band’s lyricist’s no different. Paris is an unattainable ideal to him and he likes to project himself, along with his lover, into its history-engorged streets and jaw-dropping monuments. It is a timeless song even though it’s pretty recent, and it borrows a catchy and very energetic melody straight out of the 60s. It’s like listening to a collaboration between Pulp and the Beach Boys. What could you ask for more?

I also added Beach Season’s ‘Paris’ to the list because it shocked me to see that this Canadian indie hip-hop band have also amassed a couple of hundred views for the amazing tracks they featured on their 2012 EP, including ‘Paris’, a song infused with slick electronic beats and sensual hip-hop vocals that are reminiscent of some recent hip-hop artists such as The Weeknd and Frank Ocean. This band ought to be huge.

There’s something oddly mystical about Fleet Foxe’s songs, it’s as if they were recorded in the 1960s and were godfathered by folk legends Peter, Paul and Mary, Nick Drake or the Chamber Brothers. They have only released two LPs, but this band is already an undeniable powerhouse of its musical generation. ‘Mykonos’ is perhaps one of the most heart-wrenching songs of all times, as it describes an unimaginable relationship between two brothers as one struggles with heroin addictions and is forced to flee his familiar surroundings in order to get better (?). Along with ghostly vocals and a soul-crushing finale, it’s pretty difficult to dismiss this song’s caliber and power to emotionally resonate in its listeners’ minds.

No other singer-songwriter has ever been as anthological as The Boss. His influence on current American music is undeniable and his songwriting gift is affirmed by every single person equipped with basic common sense. This mythical song first appeared on Springsteen’s 1982 album ‘Nebraska’. It contains unforgettable lyrics of tragical truth and longing for ideal love; it describes Springsteen’s hometown as a city crushed by it own myth, in which people come to change their lives to often end up disappointed and (chiefly) broke. The song’s elegiac tone are at complete harmony with the Boss’ grave (and easily recognisable) voice that reads out sorrowful phrases that might be universal truths, but still find a way to strike hard. In other words, fatalism never felt so alive.