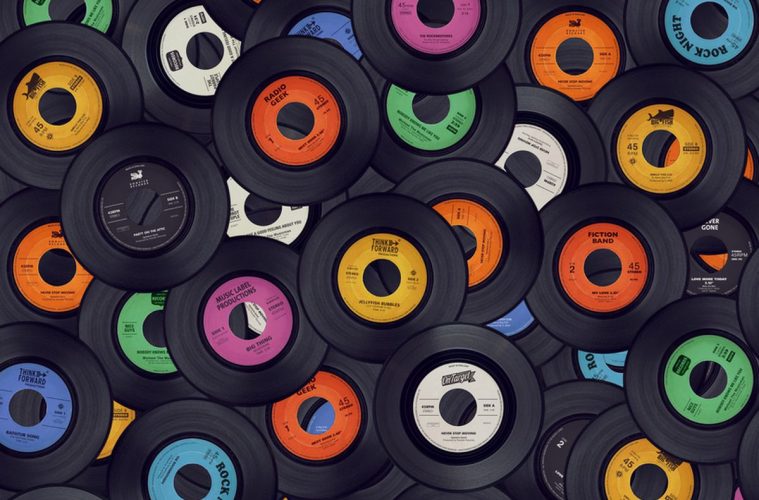 Record labels have changed a lot in the age of the digital music industry. They’re not what you see in music bio-pics, the corporate layer monetizing on artists’ talents. Today, they’re more of music collectives where artists support each other’s releases in the circles of common music taste.

Zooming in on the local scene in Lebanon, there are major labels that are contributing to the growth of artists and musicians in the region. Covering a wide range of styles and genres, these labels are consistent in pushing the envelope of innovation forward. Not all of them are spoken about, either because they do not have a social media presence or they cater to a very small niche of taste.

In an attempt to pin things down, I have put together this list of 12 Lebanese record labels that are really pioneering the transition to a more innovative and sustainable scene. Show them some love by liking their page and following their releases. Some even organize incredible label showcase events so make sure to keep an eye out.

Al Maslakh (The Slaughterhouse in Arabic) Records was born in 2005 thanks to Musique Improvisée Libre au Liban (MILL), an association created to promote and develop the practice of free improvised music in Lebanon, soon acknowledged as a reference for the local avant-garde music scene.

Having been in the works for 5 years, Al Maslakh Records came as the perfect solution for a series of problems the local scene was facing following the civil war and its aftermath. One of them was the indulgence of local musicians in western fashions and trends, making the final products sound like a bad “arabised” copy of something foreign. However, the foundation of MILL witnessed the shift of the local scene into one interested in alternative and experimental music. Irtijal, the biggest festival for experimental music in the region, was born to house the various Lebanese musicians that started dabbling into and even mastering genres that were previously alien to the local scene.

Al Maslakh Records was the final step, documenting this admirable transformation with their first two records. Their ever-expanding catalog includes Lebanese musicians or projects of international musicians recorded in Lebanon, offering a novel and interesting sound experience with every new release.

Launched in 2009 by Raed Yassin, Sharif Sehnaoui (both major players in the local experimental scene) and Hatem Imam (Creative Director and Founder at Studio Safar), the concept musical label is one of the most unique labels on this list.

Annihaya Records has a clear mission: distort the boundaries of popular music, oscillating between the familiar and unfamiliar. The goal: deconstruct and recycle said popular/folkloric music by introducing new ways of listening to original works and changing the way they impact listeners.

Their approach to music production reflects the founders’ background in the form of experimental and playful approaches to portraying music as a form of art, accentuated by an invitation extended to visual artists to turn musicians into portraits, inspired by visuals from the Arab world and beyond. The result is an audiovisual mirroring that re-shapes popular music and its common references.

DIN (din is noise) is the start of a progression focused on the sub-genres of electronic music in the growing and mutating underground scene. The word itself connotes a loud and continuous sound.
DIN serves as a new platform for all the renowned artists peaking through what they describe as “a dark abyss suffocated by a plethora of passive creations.”
They are supporters of strong and heavy sounds but also embrace the lighter, more colorful ones.

Expand your audible horizons, but venture cautiously into the dark.

Fantôme de Nuit is an umbrella name that brings under its shadows a Beirut-based independent record label, an artist collective, a number of party promoters and a podcast run by Nesta, the founder. Their main focus is on delivering cutting-edge electronic music and promoting new talents from around the world.
Fantôme de Nuit started as a record label and quickly translated into parties between friends and friends of friends in special locations scattered around Beirut. They, later on, started hosting parties at the likes of the legendary Katerblau in Berlin or Cuckoo club in London.

Get down with them this Saturday at Nomad Beach Club. More info here.

Stemming from a gorgeous city outside of Beirut for once, Feedasoul is based in Byblos. It started as a coffee shop chitchat idea back in 2016 and has now grown into an open-platform for house music aficionados from around the globe, with 28 EPs and a VA under their belt. Fostering a mixture of music genres like Soul, Funk, Jazz and Hip Hop, the label’s only aim is to feed people’s music needs through a sonic, groovy experience with electronic and organic roots that stir up human emotions.

Their main focus is mainly on House music but they have signed many local and international artists with different musical endeavors, with the shared element of beats that “feed your soul” through a raw, distinctive, dirty yet clean sound.

Hisstology started 10 years ago as a netlabel with the sole mission of providing a platform for founder Charif Megarbane to share the project he produces under his different monikers. It then developed into a netlabel for collaborative projects and affiliated entities (Heroes & Villains, tropiques, Brontosaures), with over 80 releases. Hisstology has also worked in partnership with other labels (i.e. French label MyBags) for recent releases by Cosmic Analog Ensemble which were out on vinyl. They’re currently working on putting out physical releases soon.

Founded in 2015 by a group of friends, Metro Beirut went from being a small collective of music lovers organizing parties in dope locations around Lebanon to becoming a record label set on curating signature sounds. One of their most renowned events is Jazz x Vinyl, an event first of its kind in the country, with a lineup featuring local and international artists. They then curated a four-track vinyl titled MBR001, serving as a Metro Beirut interpretation of Beirut.

Per-vurt Records is owned by the Per-vurt group, in addition to two sister labels: Vurtical Records and Pink Pervs. Weird names aside, Per-vurt is also on YouTube in the form of videos focused on spreading electronic music knowledge through product demonstrations, music production and DJ tutorials, tips and tricks, interviews with DJs, performances, mini-documentaries and much more.

Per-vurt Records is the biggest digital record label in the Middle East doing progressive House and is one of the selected labels in the world by the world’s biggest trance label, Armada (Armin Van Buuren’s Label). Releases on the label made it to the official top 100 charts more than 5 times and were charted and supported and played by the biggest DJs in the world, including Armin Van Buuren, Markus Schulz, and John Digweed, to name a few. The has nailed the title of “The Fastest Growing Progressive House Label”.

Established in 1999 by Adel “Big AL” Ghandour” and his wife Zee Soussane Ghandour, Ready Mix Records was born to fulfill the couple’s vision of offering a product that is aesthetically beautiful, musically explosive and artistically whole.

The music and artwork they endorse are cherry-picked, produced and created by talented artists from around the globe. Their mission is to build a bridge between the Canadian scene and those abroad, importing and introducing local Canadian talent to international ones and vise versa.

Founded in 2008 by Ziad Nawfal in collaboration with Fadi Tabbal (Tunefork Studios), Ruptured is an indie label whose main goal is to release material by Lebanese and Middle Eastern musicians, with an additional interest in passersby holding concerts in Lebanon. The main production of the label is in the form of a series of recordings made during Nawfal’s weekly program, Ruptures. The series is titled The Ruptured Sessions, with each of the 5 volumes featuring a specific genre/segment of Beirut’s multi-faceted alternative scene.

The label also organizes concerts and performances in Beirut and its surroundings by local and international artists. Check out Beirut Drone ’19, a 12-hour continuous sound & visual performance hosted by Ruptured and Lumen Project at Zoukak Theater on June 15th.

Sag & Tre is a record label known for its love for fresh elements and sweet beats. Combining elements of ambient, electronica and deep house, the label is rich with an ever-growing palette of sounds in its sonic garden. Each EP is a new fruit dropping to the ground with its own flavor of sweetness. Read more about the founders’ best-kept gardening secrets in our interview with them here. Mark your calendars for their upcoming event featuring Powel at Frozen Cherry, in collaboration with the Living Room Sessions.

What started off as the Middle East’s 1st Internet radio station founded by 3 university students passionate about music and media to discover and promote new and unknown local dance music talents in 1998 evolved into a record label in 2006, with the aim to release quality electronic music made right here in Lebanon, independently from any foreign entity.

The Vibe Lebanon Records (VL Records) releases earned high positions on the top-selling charts in world-renowned stores like Beatport.com, for example. Based in Beirut, the label is working towards exporting the very best of the local electronic music scene being producing to the world, signing more artists year after year, and expanding its network of distribution to the CS and Vinyl formats.