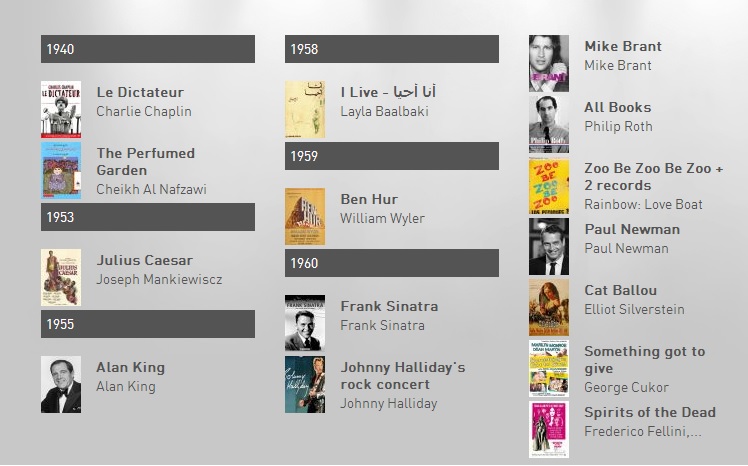 Photo from the March Lebanon Museum of Censorship

Democracy, civil rights, and freedom of expression, brings a lot of pride to our Lebanese society. Indeed, we keep on boasting about our democratic values that distinguish us from our Arab neighbors where individual freedom is subject to a large number of constraints. While these valorous ideals gain in popularity, they effectively become more and more abstract. The colossal cultural decline that we witness today as Lebanese is perfectly embodied by the application of censorship. And through the last two decades, one of its main targets has quite obviously been music. The General Security Directorate is the principal unit behind censorship in Lebanon, and all of us remember the waves of arrests and persecution of rock and roll musicians that took place in the late 1990s. Musicians were accused of being Satanists simply because of their long hair and their tattoos. CDs of the “evil” Nirvana were banned across the country and their concerts strictly forbidden. Since 2010, new waves of arrests have taken place once again against rock musicians. Every time a distraction is needed, every time we need to divert the public opinion from central issues that affect our civil rights, we catch our attention with some prosaic scoop in the media.   A few months later, everyone forgets about it, and another randomly chosen artist or kind of music is censored.

Moreover, the general security directorate is greatly influenced by the various religious institutions and political parties in Lebanon. The Israeli band, Orphaned Land, is strictly forbidden despite the large number of fans they have in Beirut. Léa Baroudi, president of March Lebanon, an NGO against censorship, explains how randomly music is censored in Lebanon. “When a CD arrives from abroad and passes by the general security, it might be censored for its cover or simply for the names figuring on it without even taking music into consideration.” An album cover with any particular mark or a name suspected to be Israeli would certainly be censored. Two great examples would be Lang Lang Zubin Mehta’s the piano Concertos which appeared with the name Zubin Mehta censored, and Frank Sinatra’s CDs that were also censored because of a correlation with Israeli origins. Furthermore, an album can be censored for a certain period of time and then allowed again several months later, depending on the person in charge and his “convictions”.

Our local artists seem to be luckier because most of the time, if their work has to be censored, it is done after the album is sold on the market. However, the Lebanese rap band Ashekman has experienced many problems related to censorship, and now that they figure on the general security’s directorate’s list, things might get even more complicated for them.

The issue of censorship is not frequently debated in Lebanon, and even though it might seem a recent controversial issue, the 60s and the 70s are full of scandalous examples that reflect the ignorance of our authorities. In 1969, the outstanding Lebanese singer Fairuz had her songs banned from the radio for 6 months by the government, because she refused to sing in honor of the Algerian president who was visiting Lebanon at that time.

For those who are aware of the extent that censorship can be repressive, I wish them luck in their fight for change, with the hope that our sense of art, culture and democracy is not all lost. And for those who are not, it’s time to take a stand.