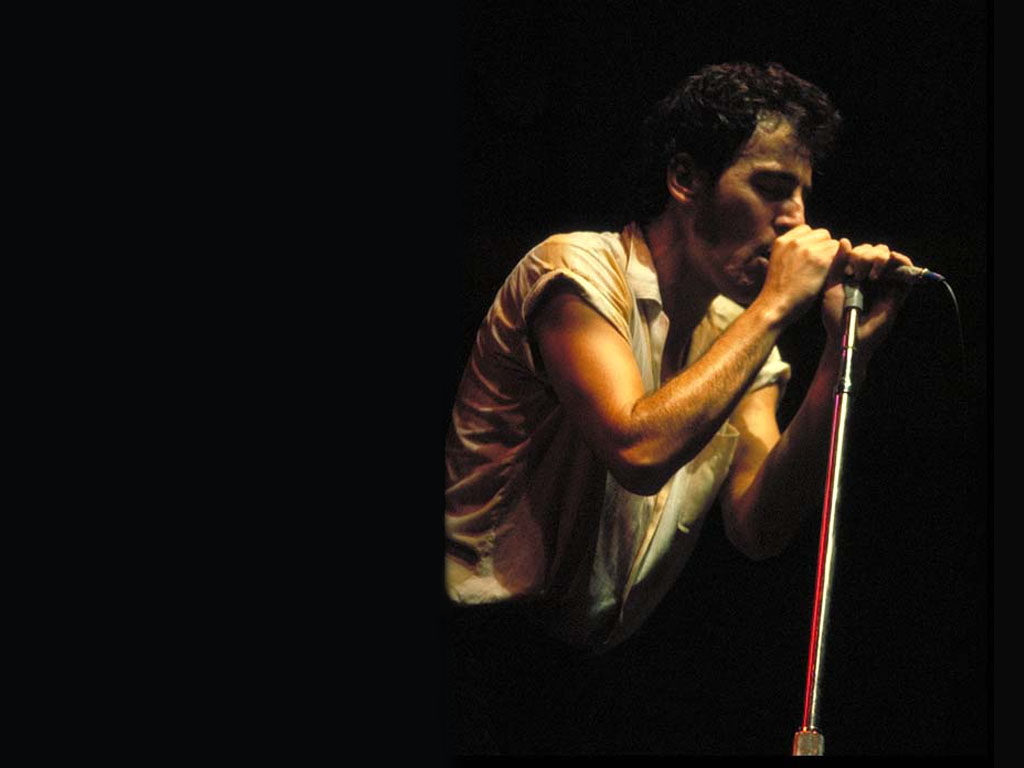 Why He’s Bruce Springsteen And You’re Not

The man. The legend.

Dominating every stage he has stepped on since 1969, Springsteen has risen above every washed up singer of his era to become one of the greatest performers in history.

Aside from his seventeen albums of superb tunes and profound lyrics, the boss has managed to achieve feats that have guaranteed him immortality in the music industry. By simplifying his legacy into a brief but concentrated article , I will leave you wanting to search his name on whatever search engine you use. (Bing users you’re excluded – nobody likes you.)

Launching the piece with one of the most fundamental reasons why he’s Bruce Springsteen and you’re not : His Trophy Cabinet.

Where do we begin? The man is cursed. Imagine the life you have to lead while having to polish and keep a shine on twenty Grammy awards, two Golden Globes and an Academy Award.

It’s not exactly an everyday happening that a guitar wielding kid from New Jersey ends up hearing his name getting called out to go up on stage and take his Oscar.

Amazingly, the people in the editing room of the small bi-monthly time killer known as Rolling Stone seem to think Springsteen is worth the attention. Granting two of his tracks the #21 and #85 spots on their 500 Greatest Songs of All-Time, eight of his albums spots on their 500 Greatest Albums of All-Time and his latest album “Wrecking Ball” the top spot on their Best Albums of 2012 list, the Boss must have caught their curiosity. Oh, and they might have put Springsteen as the #23 Greatest Artist of All-Time, and #36 Greatest Singer of All-Time.

Now I know what you skeptics are thinking: “Those idiots at Rolling Stone don’t know what they’re talking about!”

I’ll play along. But here goes.

At age 26, Springsteen appeared on the covers of Newsweek and Time Magazine in the same week. He has a minor planet named after him. His epic “Born to Run” has been labeled as the unofficial New Jersey youth anthem by a NJ state legislature – even though he has publicly admitted that the song was written about his leaving his home state. He’s been inducted in the Rock And Roll Hall of Fame, the Songwriters’ Hall of Fame, the New Jersey Hall of Fame. He’s made it on the Time’s most influential people of 2008 list.

Believe me when I say that nothing would bring me more pleasure than going on, but this isn’t a Wikipedia page. I’ve got more material to cover and not even half the word count to cover it.

But the fact that “geniuses” like Carly Rae Jepsen get nominated for Grammy kind of take away the appeal in a cupboard full of golden figurines. So how does Springsteen stand out?

If you expect to read about a struggle story during which a young Bruce Springsteen overcomes the critics’ devastating comments and forges himself into what he is, you cannot be more wrong. His first recorded album “Greetings From Asbury Park, NJ”, released in 1972, was instantly praised by the critics. The (at-the-time) up and coming rock star was compared to all-time legends Bob Dylan and Van Morrison. Despite such appreciation, his first two albums demonstrated very mild sales. In 1974 one of the critics who had carefully observed Springsteen’s progress in the music industry became Bruce’s manager and producer, and went on to assist in the writing of what is still considered as one of The Boss’s greatest if not his greatest. Fourteen months later, with the release of the album with same name, Springsteen finally established himself as one of the big dogs. After that, Springsteen and the E-Street Band were a high-speed train full throttling their way to absolute distinction.

Time after time, Bruce released the albums that left his fans breathless, reminding them how he earned their adore in the first place. Be it the timeless 1982 classic Born In The USA that explodes with Springsteen’s signature progressive rock tone or the calm minor fall 1985 ballad My Hometown, the man’s reputation was not built on hollow shells. Too old to rock? The 64-year-old honestly almost brought tears to my eyes with the spectacular Radio Nowhere, a track he released in 2007, aged 58. Not because it’s sad. Not because it’s heartbreaking; but because it is exquisite, one of a kind song that simply drops jaws. Even in 2012, the boss was still seeking to diversify his range to keep the fans hyped up. His latest album “Wrecking Ball” (the kind of Wrecking Ball that doesn’t involve a naked chicken swinging around), features his signature genre in tracks like the highly acclaimed We Take Care Of Our Own, the album entitled track “Wrecking Ball”, and his overwhelming but mesmerizing soft style “Jack Of All Trades”.

*Disclaimer : By accessing the projectrevolver.org page, you have agreed, purposely and willingly, to go to jail if you do not listen to “We Take Care Of Our Own” before closing the browser window.

The great surprise that fans immensely appreciated however was Death To My Hometown. A Celtic theme inspired track that reveals a musical dimension never visited by Springsteen before. Put it on the right sound system and your house is most likely to be shaking to powerful drum hits and a medieval-like Irish tune.

Moral is the loyal peeps have no intention of turning away and the newcomers will always end up falling for one of his of his many ear fillers.

Let it be noted that I will not finalize the article without reminding the world that Bruce Springsteen remains the only performer to ever literally destroy a stage with nothing but the rock chords coming out of his amplifier.

Happy 64th Birthday to The Boss. My only hope is that I didn’t undersell one of the very few musicians that earned my undying respect and admiration.