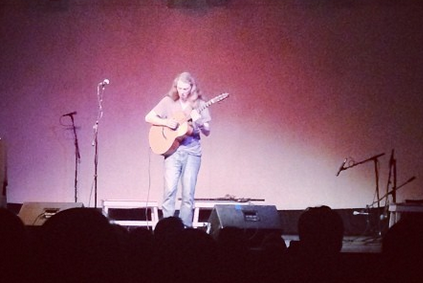 It was a Sunday evening, December 1st. It was a cozy venue, Gemmayze Theater. We’ve seen few YouTube videos of Mike, but had really no idea of what to expect from a full-on live performance.

Then Mike Dawes took the stage, even before he played a single note, he caught the audience’s attention with his witty English humor. He’s a master of finger-picking guitar! The young virtuoso, kept us involved through an hour and a half set. The music was brilliant, his performance was subtle and over-the-top (yes, even we don’t know how that is possible), and the jokes pretty fuckin’ good. It was like a stand-up comedy night with guitar tracks between the jokes. We laughed, we cried (not really), and had a dandy time! Dawes’ music is well composed, emotional and groovy. His fingers are the fastest we’ve ever seen, that when he mentioned his ex-girlfriend I figured that had something to do with them breaking up.

Point being, Beirut Jam Sessions did it again. They brought us another amazing musician in a flawless running night! We loved Kareem, Mike and BJs.. I mean BJS.