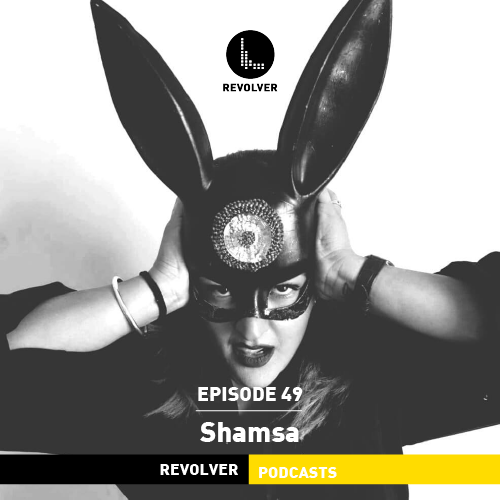 Shamsa (@djshamsa) is an old bedouin name and it means the sun.

Shamsa, a Middle Eastern embodiment of the feminine mystical, oracle, queens of the desert. The nomadic bedouin warrior queens. The women that had most wisdom. The beautiful, resilient, strong and free goddesses.
Growing up in the Middle East, her curious ear led her to discover and breathe in the world’s sounds. From Amman to Paris to Berlin, Shamsa’s tunes have been strongly influenced by tribal and experimental sounds as well as by diverse house and techno beats.
She hopes to one day be able to reshape and introduce a generic electronic sound from and to the Middle east. Create more sound familiarity to the Arab audience, as this culture grows more and more in the region.
As the first female DJ for electronic music in Jordan, her natural ability to read crowds and unique talent entailed her rapid positioning among the top DJs in the growing underground scene in Amman. Moreover, her music has reached other cities in the Middle East such as Ramallah, Cairo, Beirut and now Berlin.
Like a chameleon, Shamsa adapts to her surroundings delivering unprecedented rhythmic tunes that create smiles, positive vibes and a never-before-seen energy in the crowds. A people reader.
Her raw, organic and individual style could be described as a mixture of oriental to tech house connecting a fresh nostalgia to brand-new rhythms that make you dance. Her track selection rarely ever goes wrong, follow her socials to know more about her upcoming music and gigs.

About the set, Shamsa had this to say:

“Raasi means my head in Arabic. It’s quite a play of words as we use the word head to describe one’s mood. I recorded this on a chilly summer night while my heart raced at every transition hoping to deliver a perfected vibe to reflect my head space. This set is rather special to me as I mixed one of my unreleased upcoming tracks. This will be the first time I ever shared an original. Exciting times! I hope you enjoy.”