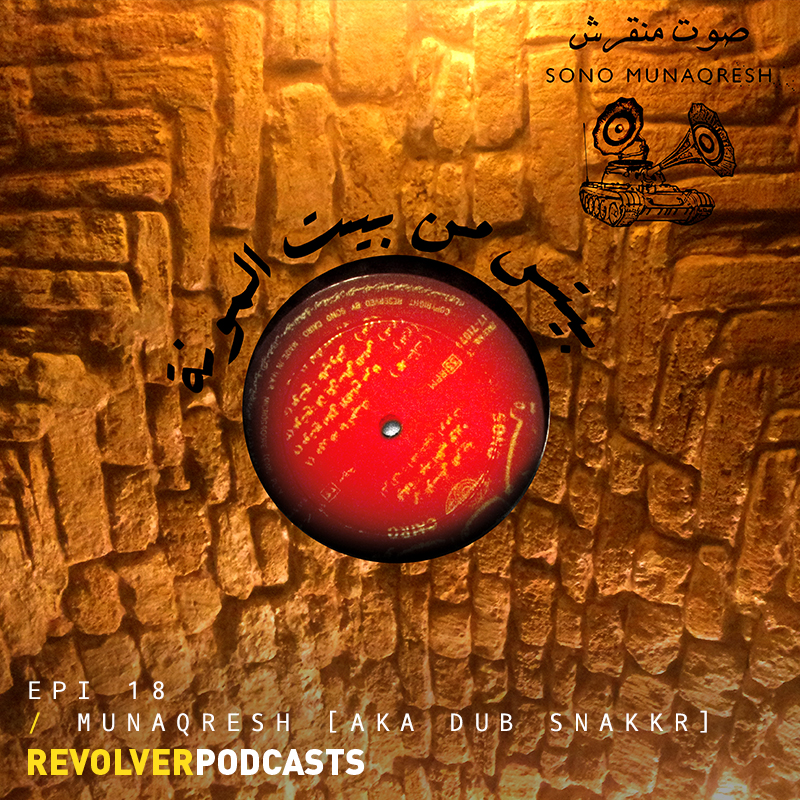 Munaqresh (aka @dubSnakkr), born Ahmad Khouja, is a Syrian dj, producer, percussionist and founder of Stronghold Sound. After moving from Kuwait to the US as a kid, Ahmad picked up drumming began gigging in high school bands in the suburbs of New York City. As a dj he soon began exploring sampling random vinyl he could find from street vendors, old cassettes and his parents old Arabic 45s and mashing them up and finding hybrid sounds. It was that eclecticism and love of tasting several genres in a single mix that gave him the handle, dub Snakkr. After moving to the San Francisco bay area Munaqresh’s love of Reggae quickly took over and expanded as did his passion for djembe percussion. After starting Stronghold Sound in 2009, one of his first major projects was a double album of urban and folk music out of Guinea, Conakry, while there recording a djembe album for his friend and teacher, Bongo Sidibe. Soon after, Ahmad moved to Beirut where he later produced Khat Thaleth, bringing together Arab rappers and producers from across the region to put forth their reflections on the Arab Spring. He currently lives in Beirut where he teaches djembe music out of his woodshop. He’s happy to bring West-African and Reggae music into more awareness in Lebanon, but also gets surprised at the temptation of many Arab musicians and producers to look to pop American culture for cues to their music identity and is most excited to see local artists innovating and exploring from the musical and cultural base they grew up in.

This episode is a set he calls Beats min Beit el Mouneh (Beats from the Pantry). It is the first mix made using only tracks that he has worked on in some form or another. Each of the 32 tracks are either an original production, remix, additional production or a remix by another artist of his work. Familiar, old, remixed, collaborated…there are times when you grow tired with the concept of “newness” and more interested in bringing things together. Having recently worked on two productions in two seemingly different musical contexts, hewas also curious if I could find a thread to weave them together. Much of the content is undoubtedly influenced by the weight of the ongoing suffering oppressing the people of Syria, a place that now feels like a home estranged from. Overall though, it is an effort to connect people and places that have felt so close in musical spirit even if geographically distant.