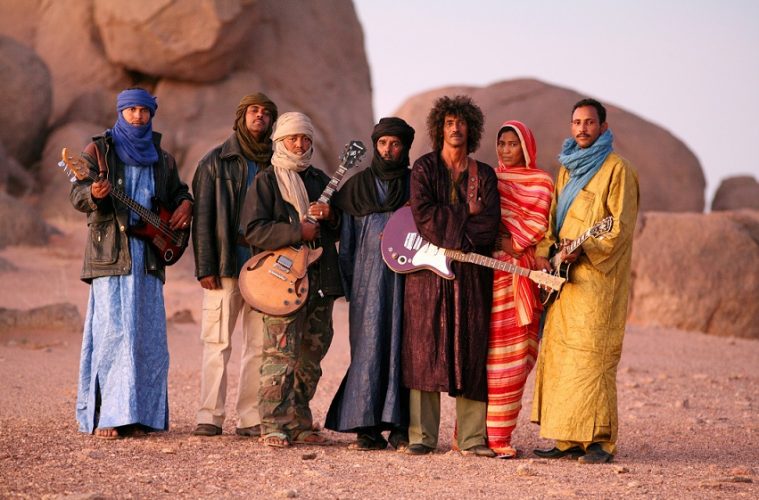 Tinariwen is a Grammy Award-winning group of Tuareg musicians from the Sahara Desert region of northern Mali. The band was formed in 1979 in Tamanrasset, Algeria, but returned to Mali after a cease-fire in the 1990s. When listening to Tinariwen you’re spellbound by their haunting desert charm and rebellious sahara spirit. They were founded by Ibrahim Ag Alhabib, who at age four witnessed the execution of his father (a Tuareg rebel) during a 1963 uprising in Mali. As a child he saw a western film in which a cowboy played a guitar. Ag Alhabib built his own guitar out of a tin can, a stick and bicycle brake wire. He started to play old Tuareg and modern Arabic pop tunes, more than a few years later his band, Tinariwen, is probably the most authentic international act in the world.