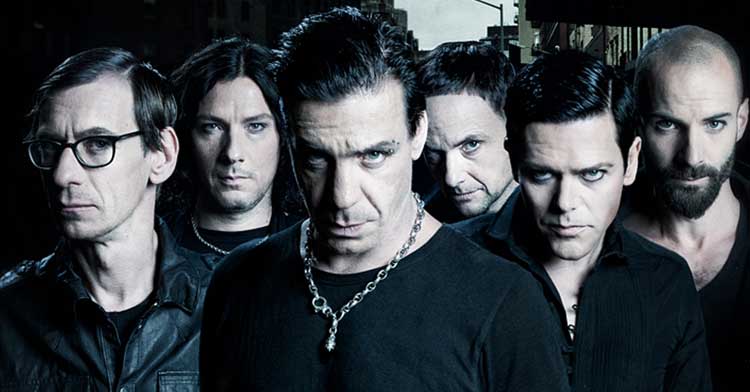 Rammstein. You probably heard the name before, and thought “oh well, they sing in German, so why should I listen to something in a language I don’t understand?”
I’ll tell you why: because they simply kick a*s! The music, the stories behind the song, (yes, they’ll get you googling the meaning and wanting to learn German) the impressive live shows full of “Feuer” and pyrotechnics, the band members’ quirkiness, the weird song titles, such as Pu*sy, Buck Dich (Bend over) and so much more.

So Awesome Myrnz has created 2 lists:
– One for all the Rammstein noobies out there, wanting to discover the band.
– And another for those willing to dwell deeper and discover their lesser-known-but-equally-awesome songs.

1. Rammstein (From their debut album Herzeleid):

This song made them famous in Amerika. It was included in David Lynch’s Lost Highway soundtrack.

2. Engel (from their second album Sehnsucht):

Till sings basically about Angels. This song is famous for the iconic whistle throughout and the line: Gott weiß ich will kein Engel sein (God knows I don’t want to be an angel). I couldn’t agree more…

This song will get you singing along.

4. Sonne (from their third album Mutter):

Learn how to count to 10 with Rammstein on this one. Originally written for a boxing champion, but was never used for that purpose.

A romantic ballad, and why not? Rammstein proves they can do more than the usual industrial metal sounds.

This song is about love’s many faces, the mellow, the pain and the hurt.

8. Rosenrot (from their fifth album Rosenrot):

A girl asks her beloved to fetch her a flower from the top of the mountain. He climbs and gets it, but he slips, and dies. Love can get you killed. Basically.

No words can describe how awesome this song is… Feel free to play air drums and headbang.

“I hurt you, I’m not sorry, It does you good, hear how it screams.” A small dose of S&M maybe?

A predator stalking his victim… Gloomy much?

A controversial song, about necrophilia and the longing for past lovers. Inspired by Till’s father’s death.

This song would be perfect for Jaime and Cersei Lannister: Incest between siblings. More controversy…

The downside of fame: having everything to the point of not wanting/craving anything anymore.

One of the rare slow songs by this band: A couple’s final stroll on the beach before she dies…

They sang about Amerika, but also about Moskau. It’s the city of beauty but also of corruption.

He was pushed to jump eventually…

8. Fruhling in Paris (Spring In Paris):

Guess what? This song is entirely in Spanish.

Release your anger with fire!