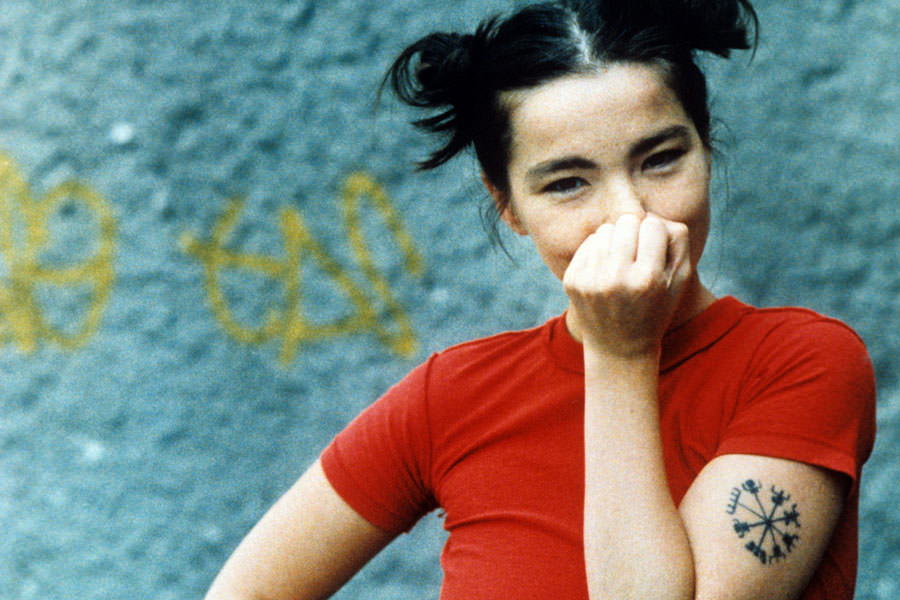 
Bjork is an Icelandic singer that has been creating music since she was 11. She released her first album in 1977, made of covers. She was then a member of several bands, which knew varying degrees of success.
She embarked on a solo journey again, releasing her first album “Debut” in 1993. She went on to make 7 studio albums after it, and released several live albums, remixes, and singles. She also starred in the movie Dancer in the dark (2000) and made its soundtrack.
When it comes to sound, Bjork has explored everything from dance to alternative rock to acapella, always standing out in any style she chose. Her music very often transcends the limitations of genre, and is hard to categorize. She is most often associated with electronica, dance, art pop, classical, trip hop, and avant-garde.

All is full of love

“I guess waking up after having been in Spain for six months in the mountains…with few people. It was kind of solitary. And it was April, and I had to walk in the morning… around the mountains. And spring just kicked in. It was definitely nature-inspired. On a more personal level. It’s about when you have been too stubborn about giving love to one particular direction…you expect it back …likes it’s a bank or something.
And kind of realizing that it’s up to you what you give, but it’s not up to you what you are given and where from.”

Originally a song from the movie “The Young Americans” and then later added to the “Debut” reissue, the song is about acting numb to avoid dealing with emotional pain.

A song that starts slow before exploding into a dance track, Bjork sings about getting rid of dark thoughts to be able to stay comfortably with her partner.

Bjork got her friend, a poet called Sjón, to write the lyrics of this song. It features loud heavy beats, dramatic violins, and one of Bjork’s best vocal performances.

This song is often regarded as one of the highlights of Bjork’s career. Its video features stylized explicit footage of Bjork and her partner having sex and was banned by MTV for being inappropriate.

“‘Hidden Place’ is sort of about how two people can create a paradise just by uniting. You’ve got an emotional location that’s mutual. And it’s unbreakable.”

One of the most accessible songs from the album “Medúlla”, this song features beatboxing, throat singing, and is made up almost entirely of human voices. An alternative version of this song, the one that appears in the music video, features a bell choir.

Bjork has said that the song is about “the state of looking for something and almost knowing you’re never going to find it” and that it makes fun of her hunger for “something new”.

This song has very calm verses that then explode into a loud chorus. It draws comparison between human relationships and earth’s geology.

Bjork said “[this song is] about someone who’s trying to get emotions out of another person.”
The music is mainly made of strings and has a skeletal beat to support it. In the album booklet, the sub-title for this song is “9 months before”, signifying that this song was written 9 months before the break up with her partner.