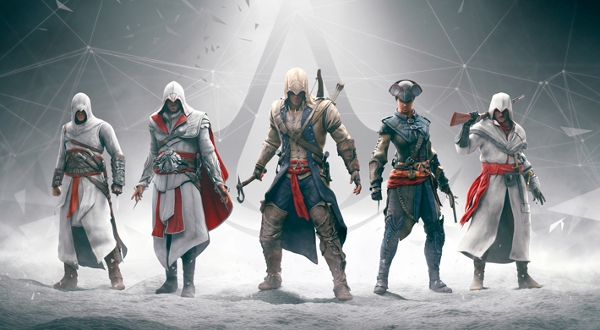 (Guest post by The Geech: created as a hub with one goal in mind; to allow a community of gamers, techies, sci-fi and fantasy fans to communicate, share opinions and grow into a significant circle of individuals with common interests.)

Our friends from Project Revolver asked for the best game tracks we’ve encountered so far. These are probably some of the hardest choices I have had to make in my entire life. They probably come in second place after some tough choices I haven’t made yet… Like, wash the dishes and then do the laundry or the other way around. Life manages to throw at you big decisions when you expect them the least. Just last night, I was on my way to the kitchen and right before I got the sink to wash the dishes, an odd looking man knocked at my door and asked me if I was Sarah Connor… Anyway, it wasn’t easy to pick the best game tracks of all times, so I decided to split the list into two, to simplify things. One of them is made of the old “Low bit” kind of tracks, the other list has more modern recording techniques.

I need to note before we start that Final Fantasy VII was not included, because it wouldn’t be fair to make a top 10 list of best game tracks with only one game in it. So expect a post about that in the near future.

A heroic theme with French Horns and all, to describe the never ending luck, stamina and motivation of the famous Nathan Drake.

Violins, a beautiful female voice and the spirit of hope.

You can’t listen to Dragonborn without being enchanted by these Draconian war screams. If the meaning of an Epic has become a meme, it is only to describe what Skyrim is all about.

My personal favorite. This theme captures perfectly the atmosphere of Metal Gear with it’s digital work and orchestra. The theme has been revamped, remade, extended and hinted over and over, and not once did it sound like one too many times.

Who doesn’t remember the infamous war shouts of the Hell March! The main theme of Red Alert, enough said.

A game and sountrack unique for its time. It depicts the vastness and complexity of the events to come, all while sending “the first, bitter taste of that terrible illusion: hope.”

Darkness, misery, despair and no possible outcome but total oppression and tyranny inflicted by the armies of hell, from a hopeless human’s point of view. One of the best usage of celtic and cello I’ve heard by far.

Alarming, Psychotic and pumped with metal guitars! If this song didn’t rock the fighting scene, you were probably playing the game on mute! Crazy riffs, badass drums and mind blowing harmonics!

After the whole rage and pointing fingers at Nintendo for not being hardcore enough with all their colorful and happy games they proved the audience wrong by throwing Killer Instinct in their face. With pre rendered 3D characters and an unforgettable soundtrack.

Bullets flying, reanimated cybernetic corpses and a hell of an adrenaline rush. And for once… your character is ready and willing to kick some serious ass!