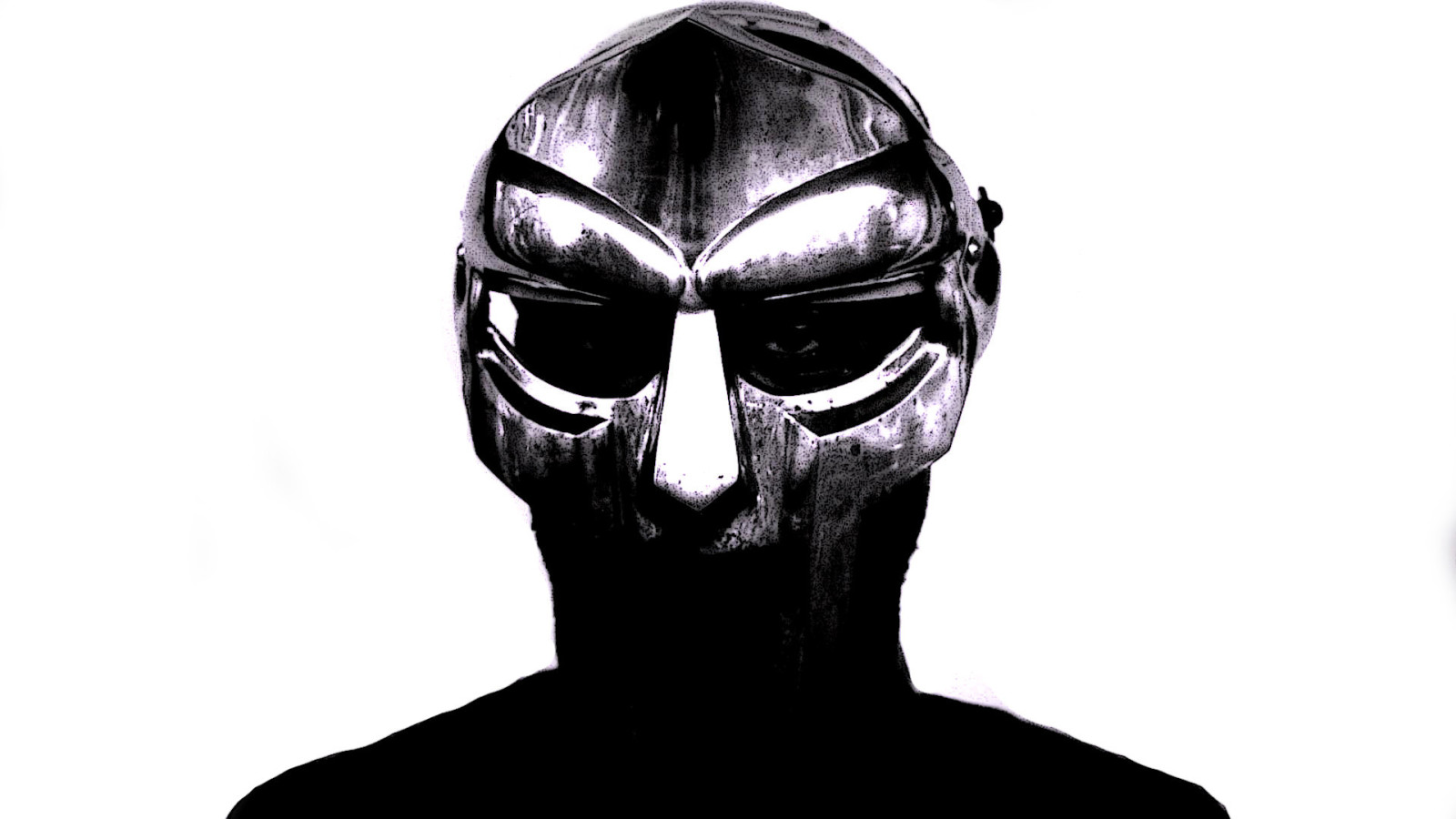 There’s an album cover that many have seen but most have little to no knowledge of its occupant. The cover is a black and white photo of a masked face, save only for an orange square at the top right corner. This shadowy figure, eyes piercing white through the two slits, stares hard at you. You can’t see the details below the nose of the mask, but you can tell this man’s lips are pressed together – unimpressed and poised to smack you. Meet MF DOOM – underground hip hop’s favorite villain. I say villain because he is in fact based off one of the greatest comic book super villains: the metal clad Doctor Doom. Like his namesake, MF DOOM is an incredibly clever and vicious master of his craft, spewing rhyme after rhyme as if unstoppable. He often changes personas, recording under several monikers. In many cases, he ends up featuring on his own records but as another one of his stage names. However, he not only raps but produces. The majority of his work interlopes bits of cartoon dialogue, creating a sound as wonky as his stage names.

Refusing to step into the limelight too often, DOOM clings to the shadows of the underground – lurking as its master class villain, poised to smack the next MC in his way. Here’s a selection of some stellar MF DOOM tracks to get introduced to his inventive wordplay.