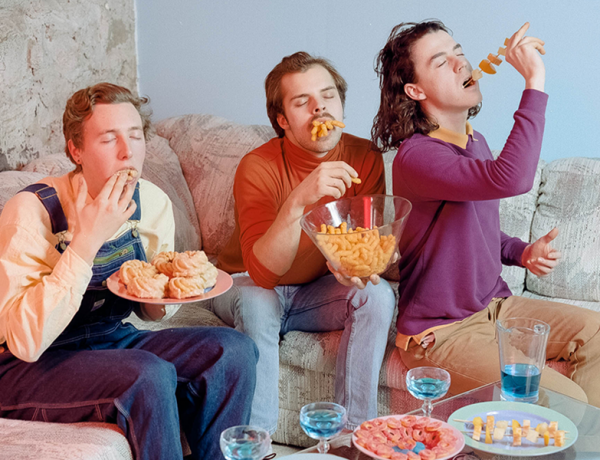 It was the first day of 2020 and there were 3 people sleeping over at my place. Although I still don’t know how we all fit into my tiny bedroom, we had THE talk aka discussing what happened in 2019 at 2PM. I then suggested that we write down our goals for the new year and everyone gave me THE look aka shut up and make us coffee so I decided to put together this list instead.

Here’s to listening to more underrated artists in 2020!

Tora are an Electronic four-piece band from Australia who fuse electronic music production with organic instrumentation.

Her was a French band meant to empower women by combining themes of love, erotism, sensuality, and strength. Their music is hard to label when it comes to genre but it has elements reminiscent of Soul, Electronic and Alternative/Indie. One of the two artists passed away in 2017, leaving us with a legacy of 3 tapes and 1 EP.

I discovered Dutch Psych-Pop duo Feng Suave by mistake, thanks to YouTube’s fascinating algorithm. I remember listening to “Sink Into The Floor” on repeat for days on end and feeling ecstatically heartbroken, if that’s even a thing.

I was obsessed with Japanese Post-Rock for quite some time, followed by the birth of my interest in electronic music. The result was my discovery of Japanese producer and Cabaret Recordings founder So Inagawa. His music can be enjoyed even if you’re not a club-goer. I personally love listening to his tracks while working because they get me pumped and excited to finish my tasks.

The Blaze is a Paris-based music and video duo who adds a human touch full of emotions to House and Dance music. The two cousins like to decompose notions of masculinity and show that men can feel things and be themselves without worrying about gender norms. Their music videos are a must-watch.

I owe the discovery of LEISURE to a friend whose taste in music is to never be questioned. I once read that the Auckland-based superband is described as an anomaly in the music industry, which I think is a beautiful way of describing something so diverse. Their music is a kaleidoscope of (often vintage) sounds that range from Funk to Rap and R&B, all the way to Dance music.

London-based group Two Another merge R&B and Soul with hints of Electronic music, making feel-good, dancy songs that can easily become part of your most-streamed playlist. I personally find it very rare and hard to skip their songs, even if it’s a track I’m not familiar with. There’s just something about their sound that makes them so ear-friendly.

Contrary to one might think, their songs are not as dark as their name sounds. Unless singing your heart out till it actually hurts qualifies as dark. Zola Blood is an Indie Pop, Synth-Pop band from London whose members are not afraid of experimenting with genres. They’ve worked with a Jazz musician, got one of their tracks remixed to reflect their love for electronic music, and played around with modular synths and outboard gear.

If exotic vintage summer memories could be heard, they would sound like L’imperatrice songs. That’s music upbeat enough to get you dancing and slow enough to keep you company during your car rides whenever you need a ray of sunshine in your life. I’m getting too cheesy so I’ll stop here and leave you with the video below.

American singer-songwriter Corbin Smidzik has had many monikers over the years but the music he makes as Spooky Black is one of my personal favorites. If you’re into slow Hip-Hop/R&B, then you should definitely check him out. If you’re not, give him a listen anyway because his music is not very typical of the genres he’s associated with.

Dauwd is a music producer whose music has rich and complex layers of sounds that will impress you and get you up on your feet. Drawing inspiration from a wide range of genres and decades, his tracks will fill you up with a certain feel-good sensation, especially if you’re a lover of House and Techno.

Peach Pit is an Indie Pop band from Vancouver. The band members have described their sound as “chewed bubblegum pop” and they have admitted to wearing the same outfits at every live show. Equal amounts of sad and happy are poured out on each of their songs. Below is one of my favorites:

Merging Pop and Contemporary House, Paradis was a French duo whose songs are inspired by conversations they had together. The bromance they have is translated through the melodies and the lyrics of each one of their songs, making them intimate yet relatable.

Felix Clary Weatherall got his moniker thanks to a DVD of Friends that was stuck inside a TV in the studio he was using. Ross From Friends can be labeled as an Electronic music artist who goes beyond that during live shows when two of his friends join him on the sax, keys and electric guitar.

Keaton Henson is the non-cliche, darker and more emotional version of Damien Rice. The English Folk Rock musician really is a genius, to me at least, especially that he can make you feel heartbroken even if you’ve never experienced heartbreak. I’m going to let his work speak for itself:

Lo-Fi, Jazz, Electronica and Shoegaze is what Puma Blue is all about. The intriguing mixture of genres sure is worth checking out. The songwriter from South London knows how to keep you looped into the song from beginning to end.

Dulguun Bayasgalan is an Indie-Folk singer-songwriter from Mongolia, hence the name. A colleague of mine, who also happens to be a curator, sent me the song below and said: “I’m sure you’re going to love it”. He was right.

I listened to this song by Daniela Andrade 14 times in one day when I first discovered it. The Toronto-based DIY artist’s career started from the comfort of her bedroom, back when she was a teenager covering Spanish songs on YouTube. She then evolved into the sensual singer-songwriter she is today.