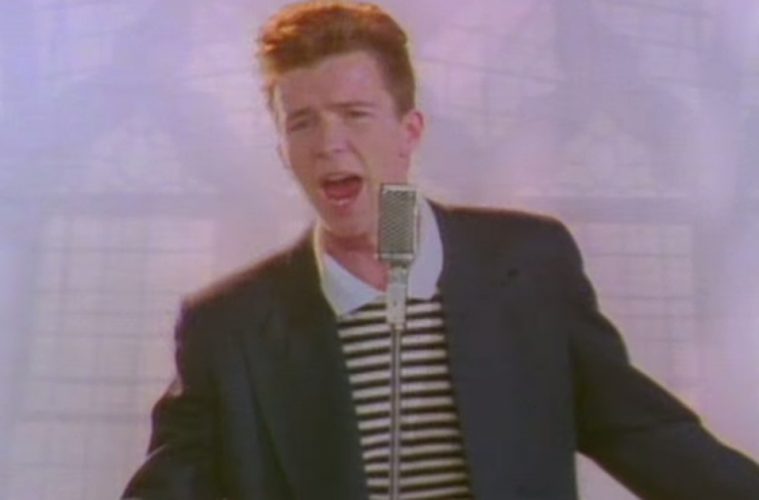 The glorious 80s brought a distinctive poppy feel to traditional punk/rock sounds, spearheading the new wave genre that had just originated in the late 70s to unprecedented heights and ultimately resulting in an all-round great decade for music. Today, we recall some of the greatest 80s hits by new wave bands in a playlist where nostalgic longings are met with a remarkably current flair.
Disclaimer: order and picks are strictly based on personal taste and research, feel free to add your own favorites in the comments!

(Find the full playlist at the bottom of the article)

Widely popularized through No Doubt’s 2003 version featuring lead singer Gwen Stefani’s signature urban vocals, It’s My Life had nevertheless achieved considerable success throughout Europe and the US when it was originally released by English band Talk Talk as the first single from their 1984 album of the same name, and is still considered the their biggest commercial hit to this day.

Strongly marked by the impressive range of lead vocalist Antonella Ruggiero, one of the founding members of Italian band Matia Bazar, this song made its way up the charts in Italy, Belgium and the Netherlands and has been covered numerous times since then. The most memorable recent version dates back to 2015 when The Voice of Italy contestant Carola Campagna gave a show-stopping rendition of the track in the knockout round of the competition.

In reference to the lyrics, we’re head over heels for German group Alphaville’s captivating synthpop sound on this memorable track from their 1984 debut album. But this does not go without extending a well-deserved honorable mention to two other favorites from this iconic album: Big in Japan and A Victory of Love.

The first few notes of this laidback melody by French new wave band Taxi Girl are enough to throw your soul back in the great 80s. Released as the title track from the band’s debut album, the song perfectly captures the eerie, experimental vibe of its corresponding musical decade.

While this 1987 single may not be the first hit that comes to mind when you thin Pet Shop Boys, it certainly hits all the right 80s notes to earn a commendable spot on this list. The lyrics have always been highly disputable among fans, but according to frontman Neil Tennant, they are said to depict a long-standing affair between a politician and his mistress.

We’re kicking off the top 10 with nothing less than a monumental tune by British rock band The Police. Released as a single from their fifth studio album Synchronicity, Every Breath You Take ranked among the biggest international hits of 1983 and is still viewed as the group’s signature song to date. It also figures in the prestigious top 100 of Rolling Stone’s definitive list of the 500 greatest songs of all time (just in case you need further proof).

Initially formed in 1978, Visage were a British new wave band best known for their hit song Fade to Grey, the second single from their eponymous debut album. Coupled with a peculiar music video where ghostly figures, French lyrics and unconventional angles intertwine in perfect harmony, the track beautifully samples the musical/aesthetic spirit of the 80s.

Scottish rock band Simple Minds truly hit the mark when their song Don’t You (Forget About Me) was used in the soundtrack of John Hughes’ 1985 film The Breakfast Club i.e. the ultimate teen movie of the 80s. That’s basically where the hit song is mostly remembered (and derives its ongoing popularity) from.

First released in 1984, the single Shout from English band Tears for Fears’ second and best-selling studio album Songs from the Big Chair went on to achieve universal success the following year, soaring up the UK and US charts among others. All that is left to do now is shout, shout and let it all out while listening to it!

In addition to previously earning a major spot on Revolver’s Top 10 Youth-Themed Songs playlist, Forever Young undoubtedly counts as German new wave band Alphaville’s signature song, despite not charting as high as some of their other releases back then. The iconic chorus makes it so hard not to sing along (but you can still put yourself to test).

British new wave duo Eurythmics topped the charts in 1983 with their catchy breakthrough hit Sweet Dreams (Are Made of This), the final single from their second studio album of the same name, which has grown to be an international success by all means. The song’s captivating arrangement coupled with Annie Lennox’s pronounced deep vocals greatly contribute to its iconic character.

The song Drive fueled Amercian rock band The Cars’ worldwide success, ultimately becoming their biggest international hit. A soothingly beautiful ballad from start to finish, the song earns a surefire spot on our list due to its compelling arrangement and mesmerizing nostalgic feel.

Pet Shop Boys have always been brilliant lyricists and true trendsetters in the music world and this captivating single is no exception. Drawing upon hybrid musical influences and a favorable critical reception, the song helped further establish the British duo’s distinctive sound and still counts as one of the major highlights of its career.

Borrowing from the lyrics once again, you’ll never see the end of the road while traveling with the exquisite melody of this song, simply because it could take your mind and spirit into a whole maze of intertwined directions starting the first few beats. Just pure Aussie bliss.

If you’re gonna ask me why this song has earned the top spot, then kindly refer to the first line of the lyrics [Don’t ask me what you know is true, that is]. Yet another Aussie gem, the INXS ballad owes its inescapable charm to a striking synth-infused instrumental arrangement, perfectly complemented by the haunting vocals of handsome frontman Michael Hutchence. Greatness upon greatness.