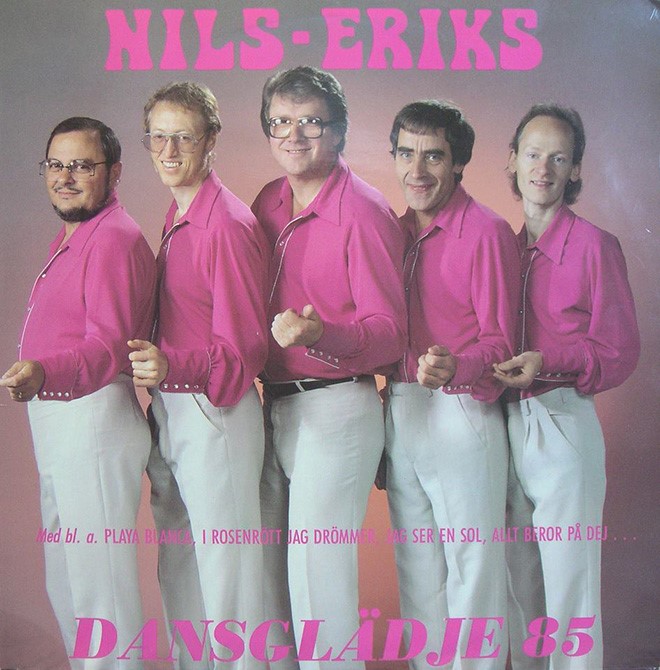 They say you shouldn’t judge a book by its cover. Well, these albums beg to differ. Maybe if they put some effort into creating better covers, more people would actually listen to their music. Or maybe, the covers suit the albums perfectly.  I’ve found many strange ones, but here are the funniest, most shocking covers I picked.

12. Some of the funniest covers are for Christian bands. “Let Me Touch Him” with four dudes in the picture doesn’t really make you think Jesus, does it? Keep your hands off him, father.

11. At least the cover is representative of the title here. Still, is there no other picture you can think of that wouldn’t blind all of us who have to look at the cover?

9. Another Christian rock album. You’re not helping those rumors guys.

8. And another one. Aaaalrighty then.

6. Nothing quite as attractive as four grown men dressed up in white lingerie and posing next to each other.

5. This band is called The Handsome Beasts. Thus, it was decided that they put the two most handsome beasts on their album cover. This gave me eye cancer.

4. Let’s dance and chop everyone’s head off while we’re at it! Kung Fu fighting!

3. This cover makes me feel like the dude is about to rape his daughter while listening to the ocean’s sounds.

1. This is my favorite. “My lips are for blowing” a flute of course. Who would ever dare to think otherwise, Svetlana?