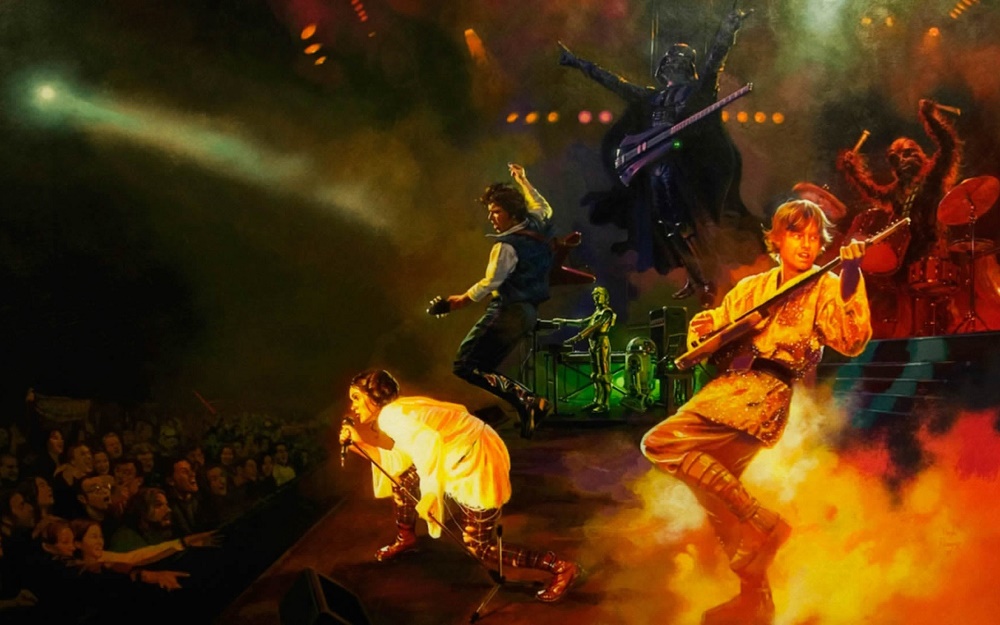 “And Alderon’s not far away, it’s Californication”

“You say shark, I say, hey, man! Jaws was never my scene and I don’t like Star Wars.”

“Ride my bike to Thrifty’s, run past the balls and ice cream and find the Star Wars figurines,”

“When I was a little man, Playdough came in a little can, I was Star Wars’ biggest fan,”

Beastie Boys – Do It

“Like gravy on potatoes, Luke to Darth Vader / I’m a souped-up sucker and I’ll see you all later.”

Princess Leia where are you tonight; and who’s laying there by your side.

“Cause I’m kind of like Han Solo, always stroking my own Wookiee.”

Sarah Brightman – I Lost My Heart to a Starship Trooper

“Flash Gordon’s left me / He’s gone to the stars / And evil Darth Vader / Has me banished to Mars.”

“I want the things that I had before, like a Star Wars poster on my bedroom door.”

“it’s like that when we write raps, we’re not from the empire but we still strike back!”

Jamiroquai – Use The Force