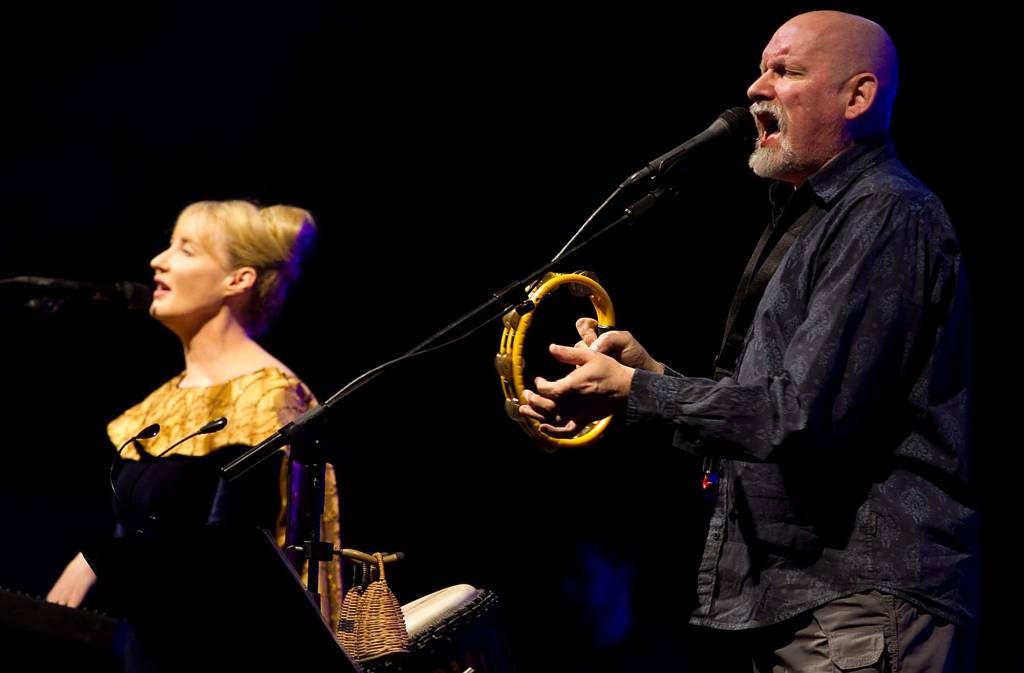 Brendan Perry and Lisa Gerrard: the Ike and Tina Turner of Dark Wave/Gothic Rock, aka The Power couple behind Dead Can Dance.
If you don’t know who they are, this is your chance to explore ethereal sounds, unlike anything you’ve ever heard before.
Their unique music will take you on a journey:
–          From Gaelic folk to Gregorian chants and Middle Eastern melodies.
–          From Lisa’s enchanting voice to Brendan’s harmonious vocals.
One thing is for sure: you will be hooked! So sit back, plug in your headphones and enjoy.
List prepared by Myrnz and Roma

A passage in time

“So forced into labor we till the earth
To sow the seeds of our own rebirth.”

From their Second Album: Spleen and Ideal (1985)

“Sail to the stars on your shining desires.
“Reasons? There are none” cried the whisky laden brain.
“When all is said and done it amounts to just the same”.”

From their Third Album: Within the realm of a dying sun (1987)

Anywhere out of the world

An amalgam of Oriental melodies.

Persephone (The Gathering of Flowers):

The host of seraphim
Probably their most famous song ever, this jaw-dropping goodness has been used in a number of films and series.

The song of the sibyl
A gregorian chant that dates back to medieval times, delivered beautifully by Lisa

From their Sixth Album: Into the labyrinth (1993)

“You build me up then you knock me down.
You play the fool while I play the clown”

The wind that shakes the barley

Lisa’s A Cappella, goosebumps inducing rendition of an old Irish ballad.
From their Seventh Album: Spiritchaser (1996)
Nierika
Roma likes this song more than I do 😛

From their Eighth Album: Anastasis (2012)

Sunflowers in our hair”

From their Live Album: Towards the within (1994)