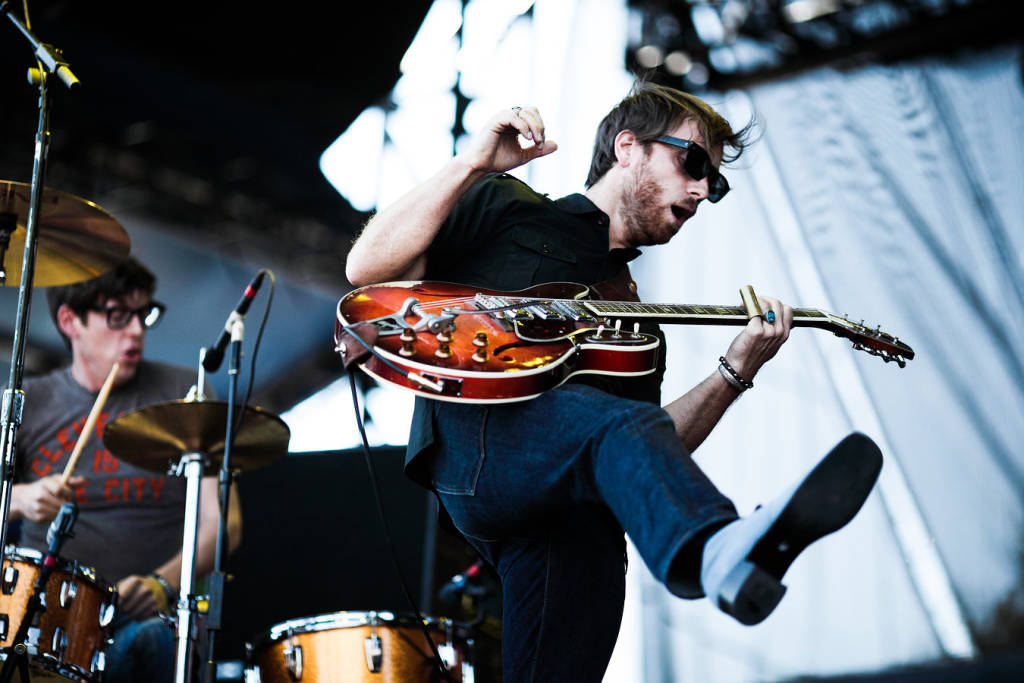 
“The Black Keys is an American rock band formed in 2001. The group consists of Dan Auerbach (guitar, vocals) and Patrick Carney (drums). The group began as an independent act founded after the duo dropped out of college, and they eventually emerged among a second wave of popular garage rock revival artists from the 2000s.”

4. Gold on the Ceiling