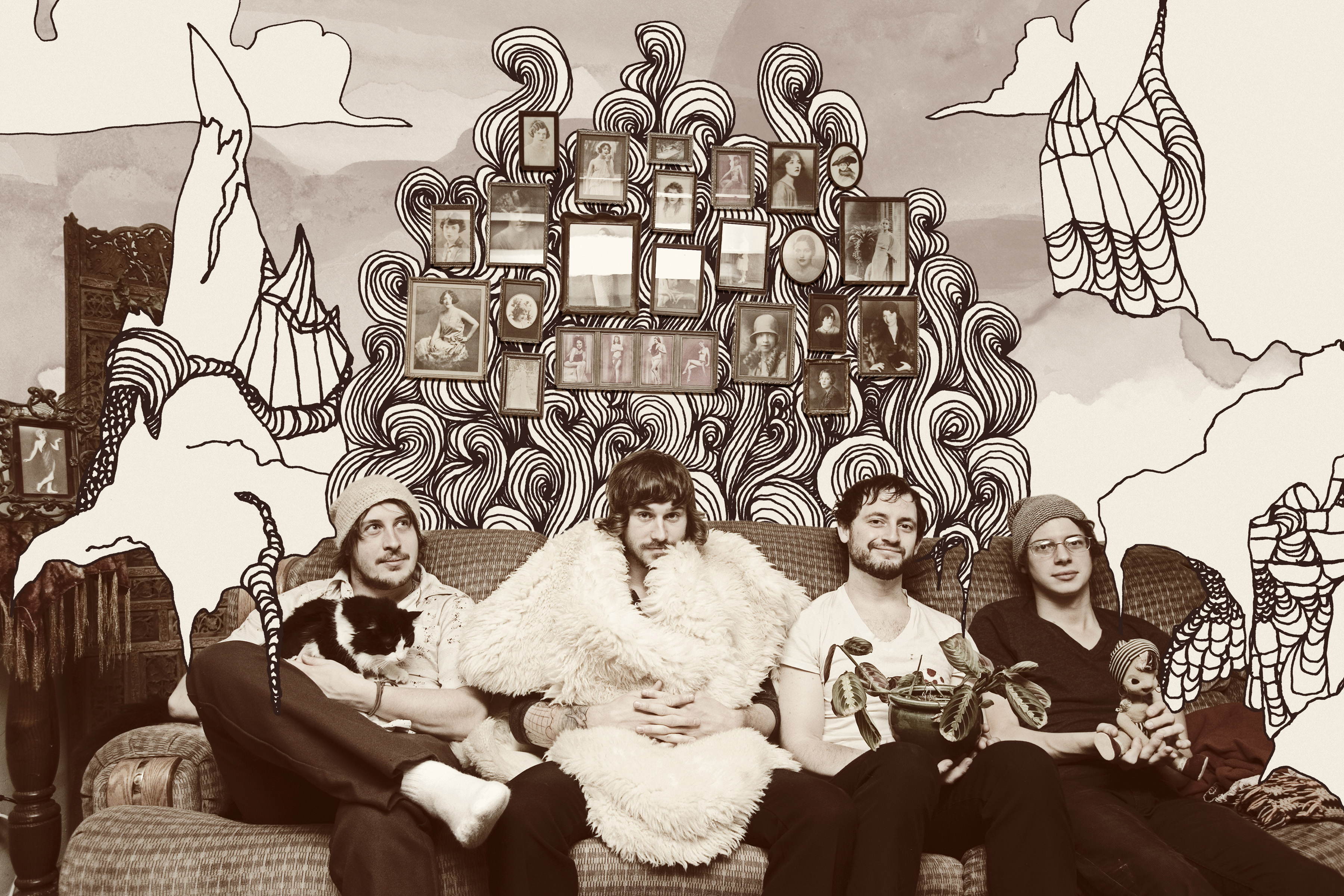 Portugal. The Man are a Portland based Psychedelic/Indie band and they just happen to be my favorite ever band. Their music is heavily influenced by the likes of Pink Floyd, David Bowie and The Beatles. That mixture of influences led to a very unique style for the band. On a personal level, I highly doubt that there is any band that can match Portugal’s lyrical progress.

Starting off with a track from their debut album Waiter: You Vultures! The track showcases the band’s early progressive influences.

9. When the War Ends

War has been a recurring theme for Portugal. The Man throughout their albums and it’s no different in this track as it tackles the issue the war and if there’s actual need for it in our world. Their album “American Ghetto” is a melodic masterpiece and this track is no exception. John Gourley’s high-pitched vocals are a perfect fit in this catchy tune.

This is a very different track from their 2008 “Censored Colors” as this is their first time they experiment with Jazz. It’s a tribute to the city of New Orleans who are famous for their Jazz festivals.

From their most recent release “Evil Friends” comes this track that is about coming to terms with the fact that you will be greeted with nothing in the afterlife, hence why it’s called Sea of Air. Portugal. The Man are an atheist band and it shows in their compositions as they reference God multiple times in their songs. They believe that humans must be brave as they have to cope that you will not find salvation in the afterlife. Watch out at 2:33 as it features the song’s most memorable moment.

Why feature two tracks? It’s pretty simple. They’re the last two songs from their 2009 breakthrough album “The Satanic Satanist” and the transition from one song to another is simply beautiful. Mornings is a haunting tale of John Gourley’s journey from being a believer to becoming a person that believes the devil is the one controlling the fate of the earth..The album name helps in proving this point but it’s still my personal interpretation at the end of the day.

Another track from “The Satanic Satanist” and it’s another track where war is the main theme of the song. The music video is incredible to say the least and the message behind it is even more meaningful. Two things I love from this song are “I’m a president’s son, I don’t need no soul.” which is a direct reference to Bush and how he toyed with the lives of millions and another one is the haunting “We may have lost a million me, but we got a million more.”

Another feature from “In the Mountain, In the Clouds.” The band go all out in the psychedelic department. It features two very memorable moments, one at 2:19 and one towards the end where they go into an overload of instrumental psychedelic destruction.

One of the most incredible songs that I ever had the pleasure of listening to. Also from “Uncensored Colors”. This song was so incredible that when I heard it for the time on the streets, I ended up getting lost as it took me on a journey of its own. The song is only composed of 4 paragraphs where the chorus and the bridge are repeated but only 4 paragraphs are enough to turn it into a lyrical masterpiece. I’m going to end this with my favorite passage of the song “Bits and bits of cane
Burning burning burning
Bit by bit away
They grow as people grow
And glow as people glow”

The final track from “In the Mountain, In the Clouds” and it just happens to be my favorite ever song. In my opinion, it’s the most lyrically powerful song there is. Every line of this song is written beautiful. The last paragraph and the last line of the song are the most incredible piece of music there is. The song is a tale of getting disillusioned with the reality of this world, trying to break away from the endless cycle ever-present societal norms, dealing with our flaws and accepting our end without fearing/needing god. Truly beautiful.