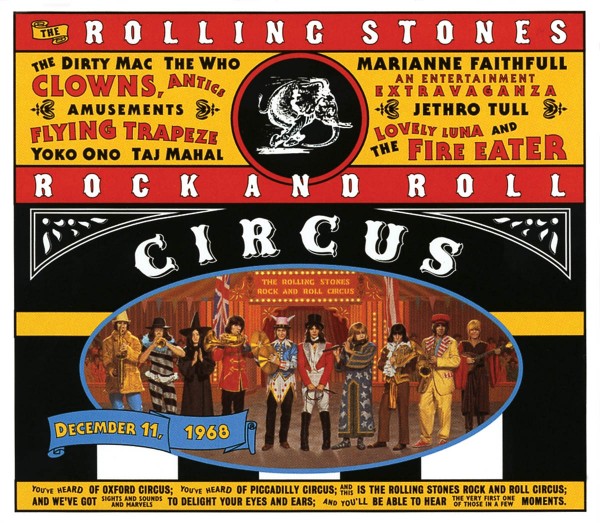 Rock and Roll Circus: When the Greatest Rock Stars Got Together

1968, London was as swingy as it could get, and nothing would stop the Rolling Stones from putting on the greatest show on earth – or as some people put it: The greatest show never to air on TV.

The show could best be described as a flamboyant and colorful psychedelic assemble of one of the greatest musicians on the planet, some of whom we would come to miss too soon. The concert was what you would expect a circus to be: spectacular fires and swinging bodies, a ready-to-hit-the-carnival Mick Jagger and an awkwardly pretty Keith Richards. The “hypnotized” audience made it feel like a sect convention, where the Rock stars were the charismatic leaders, bringing the spectators into the folds of their rhythmic movements.
But what made the event the greatest show on earth? Having Jethro Tull, The Who, The Dirty Mac (a supergroup with John Lennon, Keith Richards, Eric Clapton and Mitch Mitchell) as musical guests. The Who’s performance of the epic A Quick One While He’s Away is rumored to be one of the reasons the show wasn’t eventually broadcasted, although it has been said that the Stones “thought they looked tired and felt upstaged by the high-energy Who”. Despite the outstanding performance by Townshend and the band, The Rolling Stones were perhaps being unduly harsh on themselves, as they soon returned to their usual verve and intoxicating swagger after a shaky Jumpin’ Jack Flash.

Click here to watch the whole show and enjoy a trip back to the swinging 60’s.