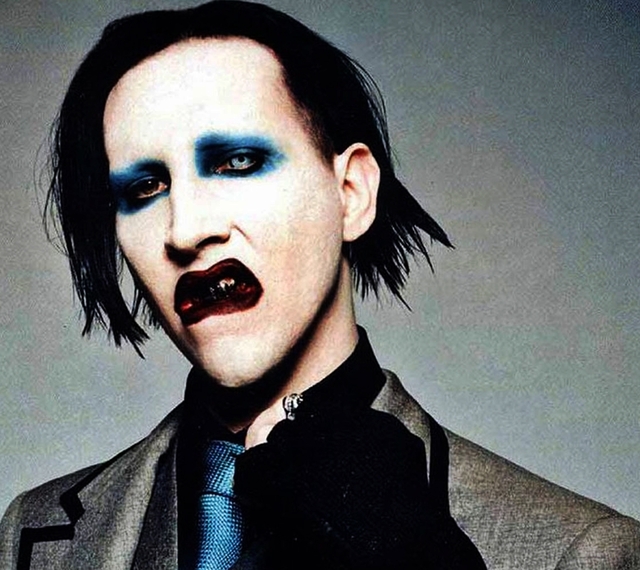 A lot has happened since the creation of the world in seven days, the rebellion of the angel Lucifer and… poetic philosophy. If I had to put my finger on a pertinent and provocative icon to the evolution of freedom of expression of human existence, one that clearly stands out among many performers and actually knows what he’s doing on stage, it would have to be Marilyn Manson. Unfortunately his looks and behavior tend to force shallow people to judge him too fast and miss out on some great tracks the guy managed to cover. Take Tainted Love, Highway to Hell and Sweet Dreams as an example. He did an even better job than the respective original bands. But deep under this rebel facade Manson is a romantic. He probably is one of the rare people on the planet that can say “Come watch me fuck your sister on your parent’s tombstone, because I love you so much.” and melt a girls heart for it… Anyway, here’s a list of calm tracks, for the hearing sensitive people, Manson has made that could potentially change some minds.

(Note that he order is irrelevant)

Running to the Edge of the World (Alternative Version)

Just a Car Crash Away

The Speed of Pain

In the Shadow of the Valley of Death