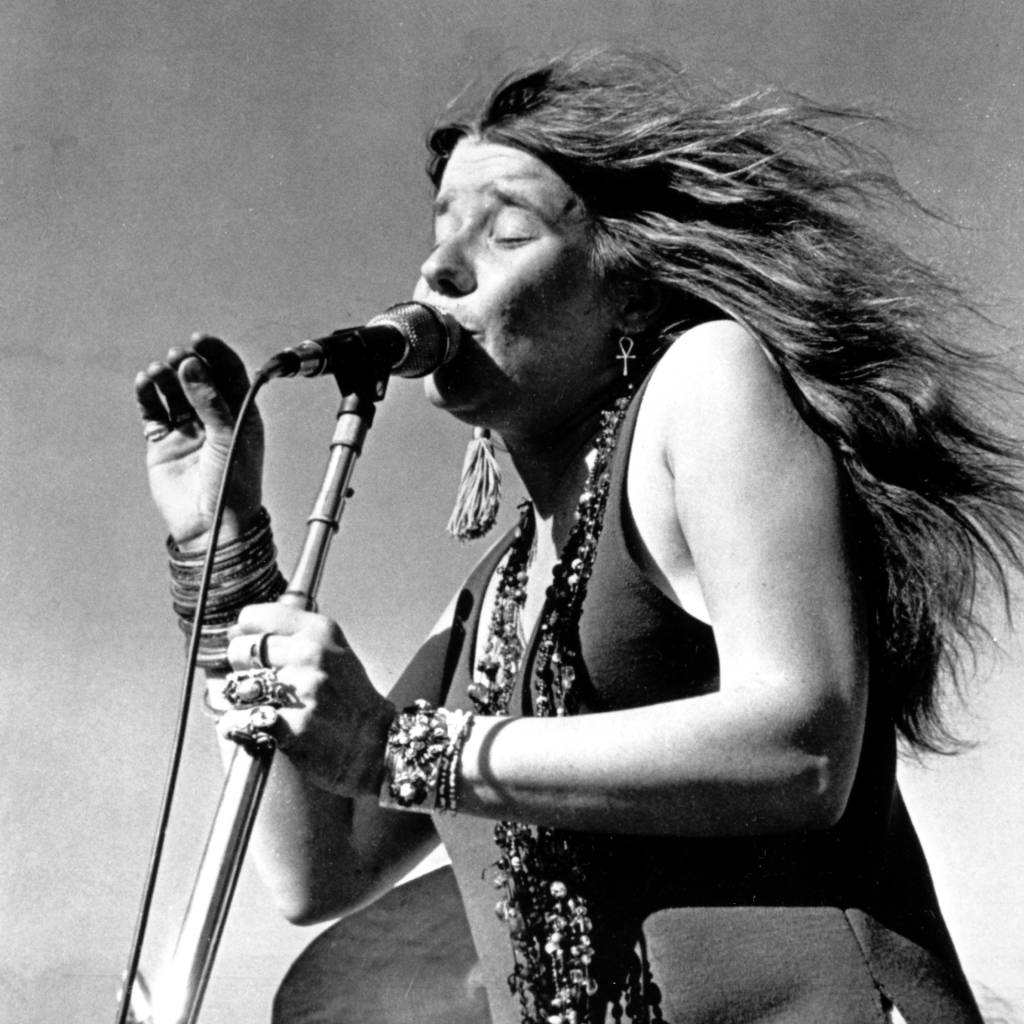 “Janis Lyn Joplin was an American singer-songwriter who first rose to prominence in the late 1960s as the lead singer of the psychedelic-acid rock band Big Brother and the Holding Company, and later as a solo artist with her own backing groups, The Kozmic Blues Band and The Full Tilt Boogie Band. She was one of the more popular acts at the Monterey Pop Festival and later became one of the major attractions to the Woodstock festival and the Festival Express train tour. Joplin was well known for her performing abilities, and her fans referred to her stage presence as “electric”. At the height of her career, she was known as “The Queen of Psychedelic Soul,” and became known as Pearl among her friends. She was also a painter, dancer and music arranger. ”
(Playlist at the bottom)

3. Me and Bobby McGee