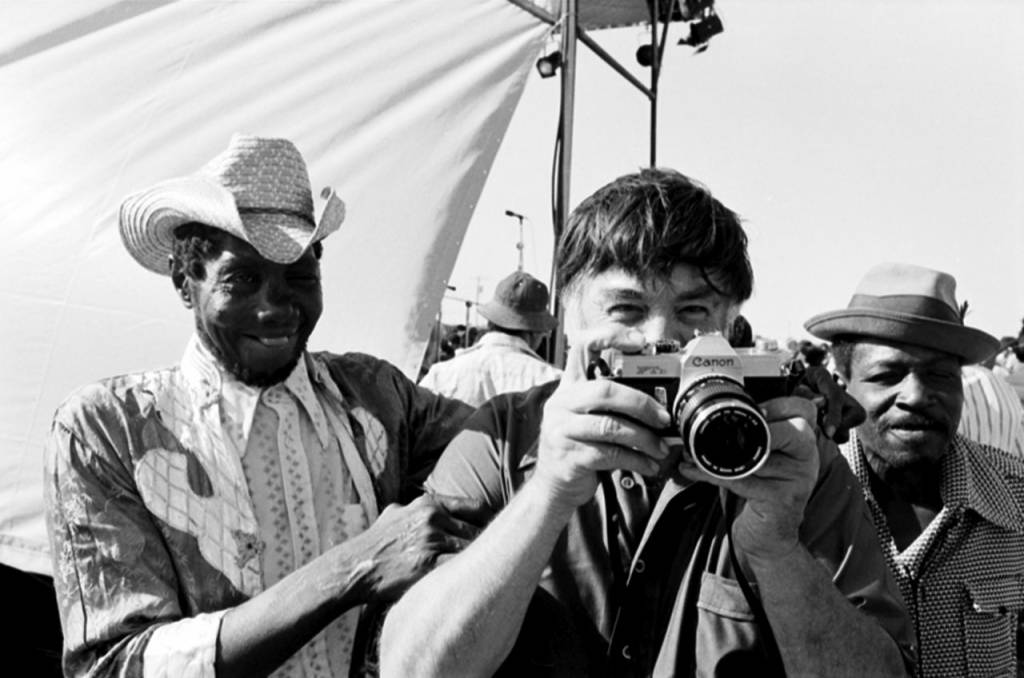 Is it polite to stare? Throughout his adult life, Alan Lomax made it his mission to travel across America’s hinterlands and capture all forms of traditional music that he found on the way through the lens of his camera. The church house, the cotton fields and the front porch all paid host to Mr. Lomax’s burning curiosity for the folklore and memory firmly rooted in the rustic landscape.

R.L. Burnside – See My Jumper Hanging On the Line

Heavenly Gospel Singers – I Stepped In the Water One Day

While the presence of a white Harvard dropout, fully equipped with new microphones and bursting bags of film may have initially attracted suspicious glances, his reverence for the multitude of lifestyles and local cultures he encountered on his journeys would quickly be made apparent. Demonstrations of the encyclopaedic knowledge of the music that was so deeply bound up in his passions, allowed him to gain the familiarity and trust of those who made it.

By documenting the everyday hollers of working men and other forms of the blues and gospel music he witnessed, Alan Lomax sought to preserve and elevate a piece of the American identity that he saw being absorbed by the “cultural grey out” of a rampant universal popular culture that would, if left unchecked, leave “no place worth visiting and no place worth staying” (1972).

The musicians’ unique personalities and lifetime’s worth of stories are written into their faces. The beautiful colour films in the Archive and the soundtracks that accompany them, offer us youtubers in the present a tiny glimpse into the lives of people from a soon to be forgotten past. That is unless Mr. Lomax’s video legacy has a say in it.