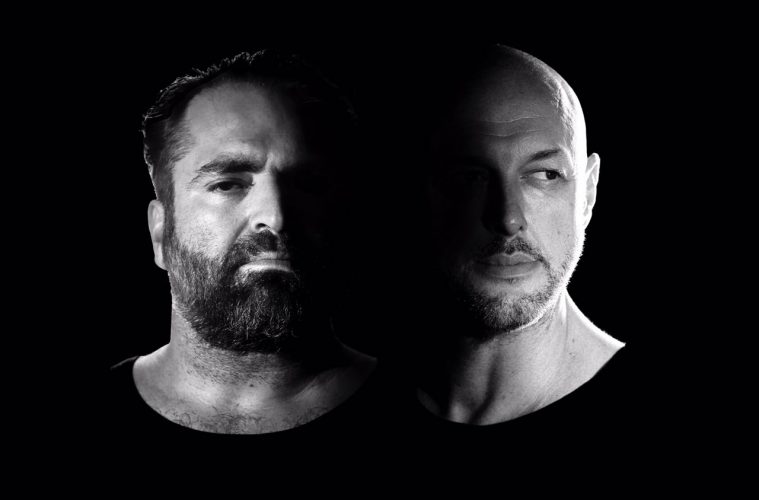 Rise Above: Interview with Pig&Dan

The formation of Pig&Dan was an unusual one. Producers Dan Duncan and Igor Tchkotoua crossed paths on a flight to Spain in 1999, where the pair soon realized with their similar musical outlook and unique creative flair; they could create dance music that pushed and challenged the boundaries of the genre. Chart topping releases came in the form of “Growler”, their LP “Modular Baptism”, a 2016 debut on Drumcode with their “Mexico” soon followed by “Chemistry”, and a 2017 collaboration with Monika Kruze on her Terminal M imprint. Also, unknown to many as the release came out quick, they had a recent track called ‘Shattered Minds’ released on Cocoon, in a new compilation. We had a quick chat with the duo prior to their gig in HNGR, Beirut for Chronicles’ first year anniversary, here’s what happened:

How did you guys meet? At what point did you decide to join forces to become the renowned Pig & Dan?

We met on a flight from London to Palma de Mallorca very briefly, Pig was coincidentally sitting behind Dan, and when Dan got on the plane, they had a brief dialog about DJ’ing and music because of the bag Dan was carrying at the time. We then met 3 years later quite randomly through a friend we had in common and started making music together. It actually took us a month to realize that we had met before! We had a lot of chemistry in the studio from the get go and we’re happy that we are still here 15 years later doing what we love…

No two people get along 24/7. What are some hardships you’ve faced working together?

When we have been travelling a lot and have crammed a ton of gigs in and we are on the way home. I know we can be a bit irritable at times, as we are so sleep deprived and we can be a pair of grumpy old men! At the start of our relationship we had a few differences when we were creating tracks, but slowly, we learnt how to curb our egos and become more accepting and tolerant of each other. It’s been a long journey, but the best is yet to come. Your diversity and adaptability keeps you fresh and in demand. How did you manage to find your signature sound? How did each of you contribute to it?

Well you could say Pig is like a mad scientist – coming up with crazy sounds and sometimes completely screwed up melodies whilst Dan is more like a sharpshooter – he is super precise with his musical background and much more logical, which works very well because it helps the chaos make sense. Dan is also a human equalizer which means he can hear frequencies like a bat – something pigs don’t do but it helps very much when it comes to mixing down. The combination of both our ideas, in addition to endless hours in the studio, are what create the Pig&Dan sound…

Your tracks have conquered numerous dance floors all over the world. Tell us a bit about your creative process. How do you build your tracks from the ground up?

There isn’t really a specific way to how we begin. We basically make all or synths, percussion, and beats from scratch, but there is no order in how we do it. It depends on the day and the mood we are in. We also don’t really have an exact idea of what we want to do, we kind of let the track happen organically. We feel that the less boundaries there are from the start, the more creative we can be.

What kind of music challenges do you dream of taking that are a bit off the beaten track?

Well we would love to one day make music for movies and video games, we think it would definitely be a challenge to make images work with music in a cinematic context.

What are some non-electronic albums that have shaped you as musicians?

Pig: listening to The Doors for the first time was like discovering a treasure hidden in on treasure island. I loved their psychedelic melodies and Jim Morrison’s trippy vocals did it for me. So, I have to choose their greatest hits album because it has all the best tunes, and ‘Riders On The Storm’ is probably my all-time favorite track.

Dan: Wow what a question, I adore the Beatles and their incredible ability to structure music in unconventional ways. Marvin Gaye for the depth and deepness that his music and lyrics hold. I’m also a big fan of the whole Dub Reggae movement because the baseline is the ruler of its roots.

Your line of work barely allows you to have any free time. What do you spend your down time doing?

Well we love going to the gym and keeping fit. Also, we love eating quite healthy, and food is a big pleasure for us both, so we love going to nice places for meals when we have the opportunity. Mallorca has loads of fantastic beaches, so during the summer, that’s something we try to make time to do. Maybe have a paella in the Chrininguito, which is basically a small beach restaurant, and then chill out! We have pretty normal lives and the moment we get the chance to relax, we take it, as things get very hectic when touring. You’re coming to play at HNGR in Beirut for Chronicles’ first year anniversary. What have you heard about the techno scene in Beirut and what do you expect from your visit?

Well we have been very fortunate to play here before, so we know the techno scene well. The last time Pig played in Beirut, he had a great time. People where rocking the dance floor and they stayed till after sunrise, so they like to party hard and we love playing for people who do.

If you were not musicians today, what career path would you each of you have chosen?

Dan would be an art dealer and Pig would be a chef….

What advice would you give to up and coming DJs and Producers who want to make it in the music business?

Be yourself, work hard, be constant, never give up and do what you love. You will also need some luck on your side and try to meet as many new people as possible. It’s not an easy industry and success takes time, patience and a lot of hard work. I think it’s pretty much like that with everything, so you can apply that to a number of other areas in your life.