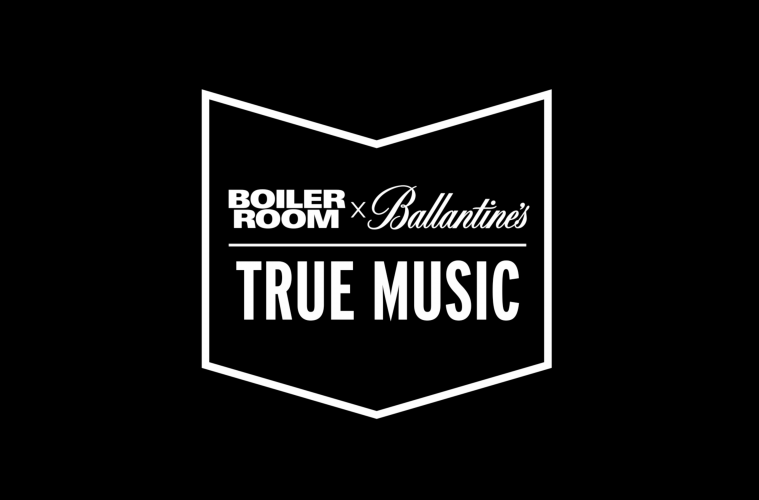 Boiler Room x Ballantine’s recently announced the Lebanon stage of True Music: Hybrid Sounds, the second stop in the three-continent tour. The project pairs some of the electronic music scene’s most original live acts with their more traditional, instrumental counterparts in four of the most musically and culturally diverse cities in the world, uncovering what happens when two distinct genres collide. For a chance to win tickets to witness Boiler Room’s landing in Beirut, click on the poster image itself.

In Beirut, Dutch innovator Dollkraut – whose unique style of lo-fi house and electro-disco defies categorization – will collaborate with Zeid Hamdan. Zeid is the producer behind some of the most successful alternative Lebanese artists, and is a well-regarded singer/ songwriter in his own right. He’ll be bringing on board the romantic, ethereal vocals of Maii Waleed, with whom he released an album last year. Their work spans myriad styles, ranging from Arabic folk, to indie, to electro.

Together they’ll create an exclusive new track that challenges the perception of modern day genres, to feature on the True Music EP. A blend of synthetic and organic sounds, the EP will be made up of similar collaborations from Moscow, the first stop on the True Music Hybrid Sounds tour in February, Sao Paulo and Valencia, and will be released on digital and vinyl later this year.

Here are some previews of the artists to get an idea of what to expect:

Chaos in the CBD:

Now in its third year, Boiler Room x Ballantine’s True Music is all about supporting artists in realising their own creative ideas, to build something completely new and authentic. This latest project takes it one step further, encouraging artists to move outside their comfort zone. They’re pairing not just with artists that they’ve never worked with before, but ones that they might never otherwise cross paths with – acoustic artists who operate in a completely different field and approach their productions from a completely different view point.

At the helm in the other countries on the tour:

The story behind each collaboration will be brought to life through behind-the-scenes documentaries featuring intimate performances and ‘making of’ footage. These films will explore the creative approaches of the producers and put a spotlight on each city’s local music scene.

The final city in the tour, Valencia, will play host to the third True Music Forum, details of which will be announced in the coming months.

Blaise Bellville, Boiler Room Founder & CEO said of the project: “The third instalment of our True Music series with Ballantine’s sees us take the project to the next level, challenging the artists that we work with to go even further in creating new and authentic music. Live electronic performance is bigger than it ever has been, with more and more artists bringing their kit out of the studio and into the club. This explosion of live electronic performance will be celebrated in our events series, but brought to life even more through our documentary series and the tracks themselves.”

Tom Elton, Ballantine’s Head of Music added: “We’ve visited Russia, Brazil and Spain a few times with True Music and each time it’s a completely different experience. The scenes in each country change from city to city which means there’s always something new to offer and create. But Beirut is a first for us, so we’re extremely excited to get under the skin of this incredible city that’s often overlooked as a music destination. The collaboration is all about continuously delivering new and exciting music for our fans, wherever they are in the world, and this project’s combination of unexpected artists and locations will do just that and will make for one pretty special final EP.”

To check out more on True Music head to truemusic.boilerroom.tv