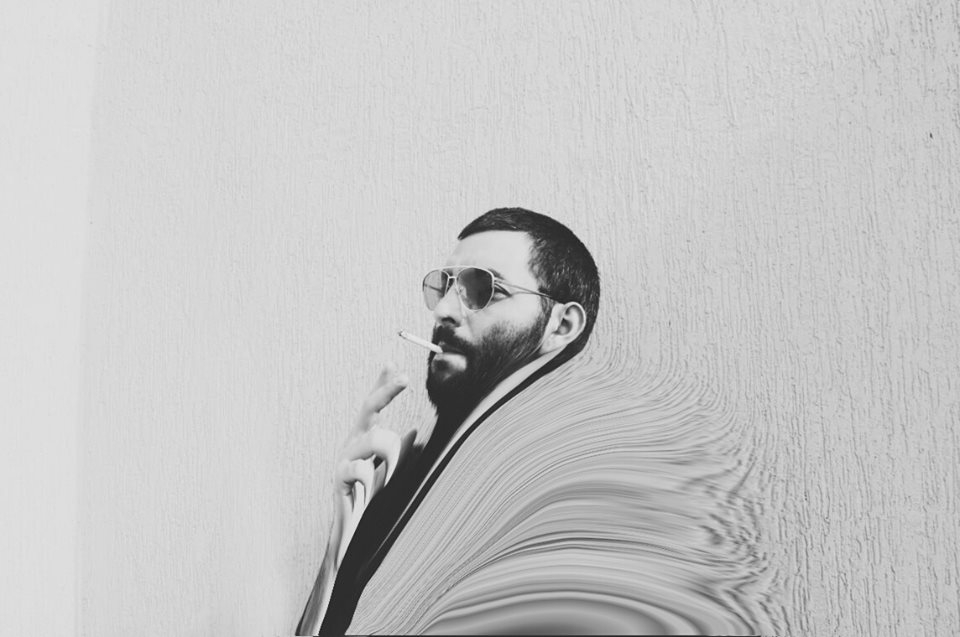 Jad Taleb is a Lebanese music producer, visual artist, film composer and sound designer. It’s not the amount of talents that drew attention to Jad, it’s the level of mastery in which he operates each one. Jad is the co-founder of Beirut-based electronic rock duo ‘Flum Project’ with whom he released the debut album “Dormant” in 2015 to a huge critical acclaim given its high energy sound, concept and musical structure.  Upon releasing his solo EP “Transitory” with Smash TV at Riverside Studios Berlin, as part of Beirut Berlin Express, we had a chat with him about his journey, Berlin experience, influences and art. Here’s what happened.

I’ve been performing music as Piano and keyboard player for almost 12 years now, I produced my first electronic works in 2011, around which most of my recent research and projects evolved. In 2015 I released my debut album Dormant, with Flum project and I’m currently releasing my Solo EP “Transitory”.

The BBX project helped me in exposing my material to the outside world, I got  the chance  to meet awesome international producers at Riverside Studios Berlin, record and design my music using their analog gears and mix it with high end hardware machines!

I used the word European in my comparison, as a global overview of nowadays emerging music, but there are other influences from different regions as well:  Detroit’s techno in the 90’s for instance, among others!!

So my record was originally crafted back in Beirut, I composed the basic structure and exported it with me to Berlin, and while I was there I took advantage of the city’s highly inspirational atmosphere to add the magic to it, and of course the professional environment at Riverside Studios and working with Smash TV, gave birth to a more solid outcome.

My live sets, are ready-mades, accompanied by sound emulation, live bass triggering and  a little bit of experimental tweaking. The music I make is very intuitive, and also rational in way, especially when I structure the impulsive works, into an ear friendly composition.

Beirut’s frequency is so high and could get really annoying at some point, and weirdly enough this timbre inspires a lot in my productions, I record city soundscapes, intimate noises and such, dissect them and redefine them in my compositions.

Being a visual artist, always adds up to the sound treatment, especially when you work in sound design and film music, it helps you differ the video layers and imagine mutual assignments, for both video and sound, which means a video could inspire me to process a certain sound and vice versa.

Of course there are, I always look forward to new ideas and explorations, it’s part of who I am, an infinite differentiating process.

[Bonus]: To dive deeper into his mind, here are 5 albums that influenced Jad as an artist and a person,

At the controls | James holden