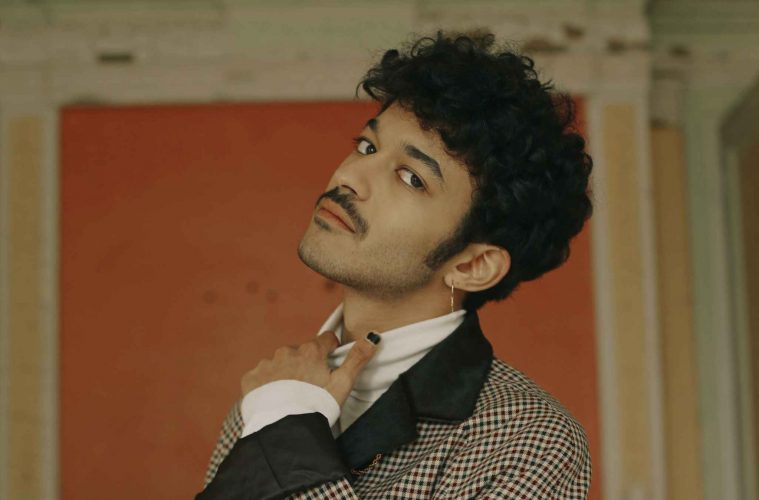 Sound of Love and Death Having Sex: The Adam Naas Interview

Adam Naas’s poetic music is but a reflection of the man’s beautiful mind. We sat down with the French artist on the eve of his gig with Light FM and Beirut Jam Sessions and discussed everything from guilty pleasures to literature and musical influences. Here’s how it went:

Your lyrics seem to be meticulously crafted. Tell us how you go about writing them.

I don’t necessarily write them straight away. I talk to myself a lot so sometimes I record what I say on my phone. Then I laugh. Then I write about what I was thinking at that moment. You guys should try it.

Are the stories you tell all somewhat biographical or is it mostly the result of your imagination?

Both. Sometimes I feel like imagination comes from a place of truth within ourselves. The cosmo and the universe melting down into thoughts. Most of them are biographical though, not gonna lie.

You were inspired by Jazz & Soul, and poetry. How are the two genres related to poetry, in your opinion? How have they influenced the music you write today?

Jazz and soul music are mostly about feeling the vibe and putting a part of your soul in the music. For me, poetry is the same. It’s all about rhythm and soul. So it’s a perfect match. I don’t feel like they have influenced my music per say, they just made me want to do music.

How would you sum up everything you’re trying to say in your music with the fewest words possible?

If love and death had sex, what would it sound like?

There’s so much going on in the world today. How does that play a role, if at all, in your creative process?

Pain, sadness, happiness, misery.. Everything vibrates a bit too much for me. I’m not a huge fan of humans in general, so I don’t let them interfere with my music. I smile a lot though.

Just the best track ever made: Britney Spears – Overprotected

What’s the reason that expressing through music could be easier than words?

We don’t have enough words to express what’s left to say within us.

Literature seems very important to you. What book would you take to an isolated island with you? Which poem would you want to write music to?

Cyrano de Bergerac – Edmond Rostand. It’s a play. It’s about love. I think I would be entertained quite a long time trying to be all the characters until I decide that it’s time for me to die on the island. An Allen Ginsberg poem for sure. Anyone of them. All of them at once. Even better.

Have you ever listened to music from the region? How was it?

I’ve listened to Fairuz more than once. I think she’s the only Lebanese singer that I know of though!

Is it your first time in Beirut? Besides the gig, what are your plans while you’re in town?

First time indeed. I’m planning on eating. And eating. Never stop eating basically.. Some of my friends are coming to Beirut as well so it’s going to be us, the city and whoever wants to be a part of the adventure.