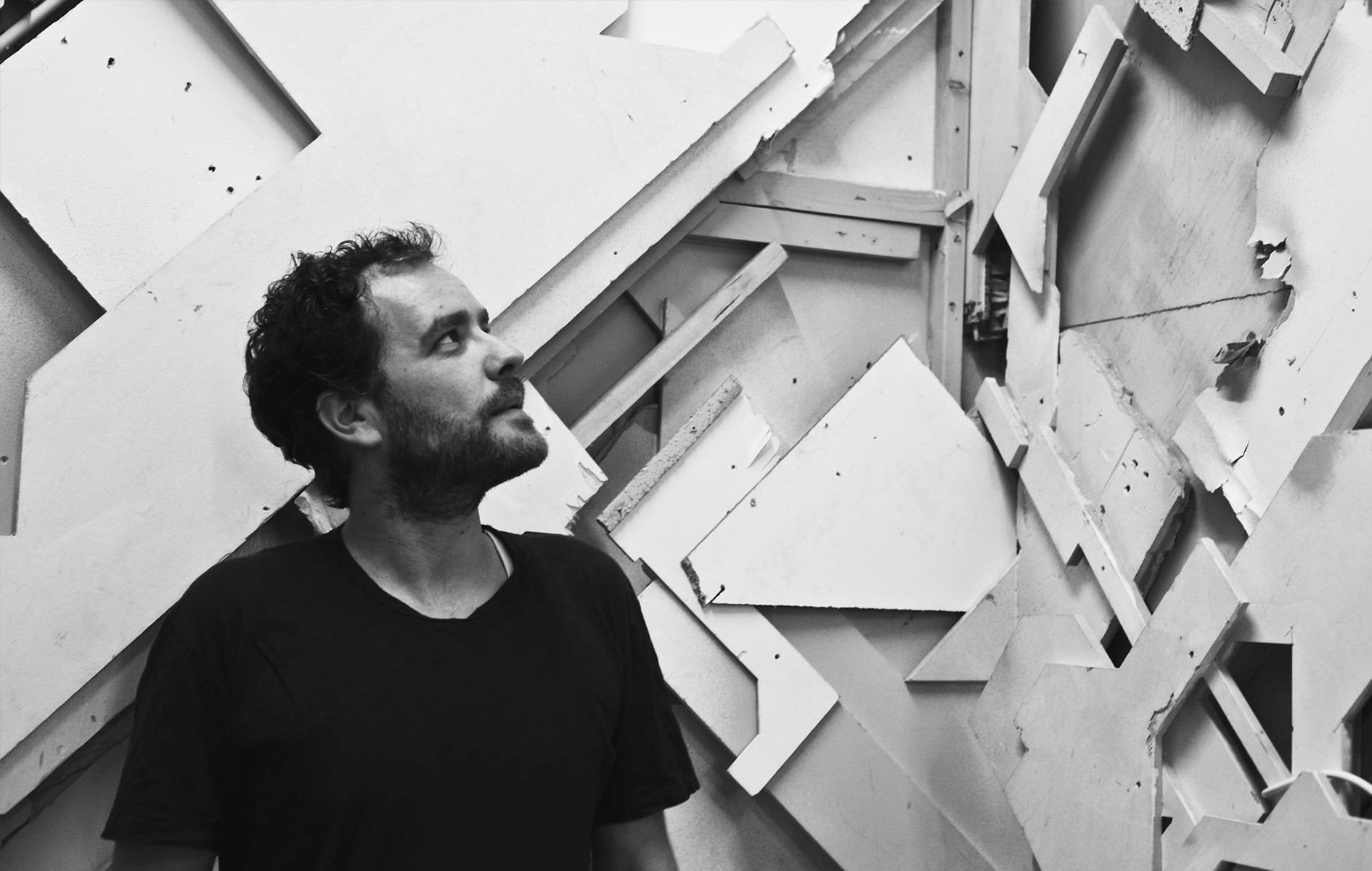 We were extremely curious when we first heard about Something Happening Somewhere, the record label founded by DJ and producer, Nuno Dos Santos. Labels that strive to provide the world with artists who create the much-needed music that medicates our minds always have our interest and attention.

The label kicked off with Love Over Entropy for their first release. The EP is called Off The Grid and consists of 4 hypnotic tracks that capture your thoughts and release them to a world of intensified waves taking you on a long musical journey.

Since then, SoHaSo has continued to release music and introduce various talents to the world. The label is unique in its aim to spread a wide variety of music and add special individual visual elements for each release to tell its story.

We had the chance to chat with Nuno Dos Santos and ask him a few questions about life, the universe and everything.

1. Something Happening Somewhere is a label known, among other things, for its dedication to provide very unique artwork for every release. Who makes the artwork and what is the process behind making it? What part does the artwork play?

The concept behind SoHaSo is that we pay a lot of attention to not only the music but also to how it is presented to the outside world; artwork is one of these places where we can express beyond the music itself and create another little universe. We ask for a different designer for every release, sometimes someone returns for another release down the line, and I present them with a few ingredients: first of all is of course the music, the title of the release and the story behind it (sometimes more elaborate than other times). After this I just ask them to let their imagination run wild with these parts and create something in the universe of SoHaSo fitting to this unique record. It needs to tell a story somhow, but the resulting artwork can vary quite a lot from release to release. I have a wall in at home with all the releases next to each other, and while sometimes wildly different, I personally love seeing them altogether. Actually I need to add a row since there is not enough space left anymore, haha. They all have a vision behind them and we make sure that it works for everyone involved, which can sometimes lead to long back and forth conversations. If we are indeed somewhat known for the quality of our artwork sleeves, then I feel we are doing a good job at this!

2. How do you choose the artists you represent? What do you look for in their music?

There isn’t one specific thing that I look for, but there are a couple of pointers. First of all, the music should contain timeless quality. While this seems like a big word, for me, it just means the music comes from an original and honest place within the artist and is not stuck upon the flavor of the day. It should move me emotionally or physically and stir something inside me; this can happen in many ways. Besides the music, I find it important that there is a personal connection with the artist. I’d like to work with people who not only make great music, but are nice human beings in general. For me, this adds to the family feeling I want to create with the label, which I think enhances the experience from both sides. We put in a lot of work and time to make every record special when we decide to release it.

3. What are the best and worst parts about owning a record label?

The best parts are of course the reasons I started the label: receiving a demo from an existing or new artist, and when listening to it, you are blown away and you think “holy moly this is amazing!” The feeling of being able to release music you love and give it a place to exist is a really thankful and unbeatable ‘job’. Day to day business with information overloads, uploading stuff to YouTube, converting large video files, social media stuff, contact with distribution, i.e. the operational side of things are probably the least fun, but even so, they are still pretty cool!

4. What should we expect from your upcoming projects?

We have just released a new (mini) album by Kiani & His Legion called Lima Oscar Victor Echo, a 7-track continuous story that ranges from an 18-minute marathon groove all the way to more down tempo and ambient stuff. He has a very unique sound and I believe this is some of his best work to date. Also, just out is a new Presk release, which is a collaboration with the Mary Go Wild store / vinyl club here in Amsterdam. In June, we’re going to release the next chapter in our SOMEWHERE compilation series aptly called SOMEWHERE III. Also in July, there is the second part of our collaboration with Lossless, and after the summer, there will be new music by Kurt Baggaley, Polynation and Love over Entropy.

Now, as a DJ and producer,

5. Your experience as a DJ travelling the world playing music to thousands of people is a life-changing gift that comes with many lessons. Can you please tell us about some of the highlights of your journeys?

The best part for me is still meeting people around the world who are there to experience the music and share an enthusiasm for these types of encounters. Besides this, it’s amazing to see how other people are living their lives in other parts of the world. Sometimes, it doesn’t even have to influence your own way of living, but just knowing or experiencing this can be a good thing in it’s own way, because it creates an understanding and respectfulness, and in that way, changes your own gratitude.

6. We’ve read that there’s a special place in your heart for the Dutch scene. How does that influence your music?

Haha, well of course it has a special place because this is where I’ve been doing music since I’ve started out! We have a saying that’s roughly translated as ‘looking the cat out of the tree’ which means that rather than jumping in immediately, you wait a bit and see how things turn out before you join in or decide your move. I feel that if you’re able to do your thing here in The Netherlands, it’s a little bit easier abroad. This is also because there is so much stuff happening in a relatively very small area. We have so many festivals and so many clubs with good sound systems, dedicated people etc. And it’s not just in Amsterdam, there’s amazing stuff happening in the eastern part of the Country with stuff like Paradigm, new clubs opening in Utrecht, Tilburg, there are things happening everywhere! It’s also nice to notice that since sometimes, it feels more accepted to do whatever you feel like when dj’ing again, spinning everything from techno to funk and disco back to ambient and not having to stick to pre-defined genres that would fit your profile..

7. Name 5 non-electronic artists that have inspired you.

Too many to name but to name a few from the top of my head: Mazzy Star, Dhafer Youssef, Sufjan Stevens, Marlon Williams and Grizzly Bear.

8. We know that you are focused on building your label and its releases and recently also released your Trigonometry of Love EP. Do you have plans to release more music soon?

Yes I’ve just released an EP with Falco Benz on My Favorite Robot. I’m also finishing a lot of tracks; on the Presk EP we did with Mary Go Wild, I’ve made a remix for Presk, and there will be a new collaboration remix on the compilation. Besides this, I’m working hard at new solo stuff, I feel like I’m in this phase where it’s all happening a lot easier and I want to keep up my studio time to stay productive and make progress.

9. Had you not been a musician, what would you be?

A graphic designer probably, since I’ve done that a lot of years prior to switching full time to music.

10. You’re coming to Beirut to play for us along with Love Over Entropy and we are very excited to see you. What’s the most exciting aspect of your visit? What would you most like to see/do?

I’ve heard a lot of great stories, the scene seems to be very vibrant at the moment and I love the food! Other than that I would like to be surprised with what I encounter during my visit and go with the flow.