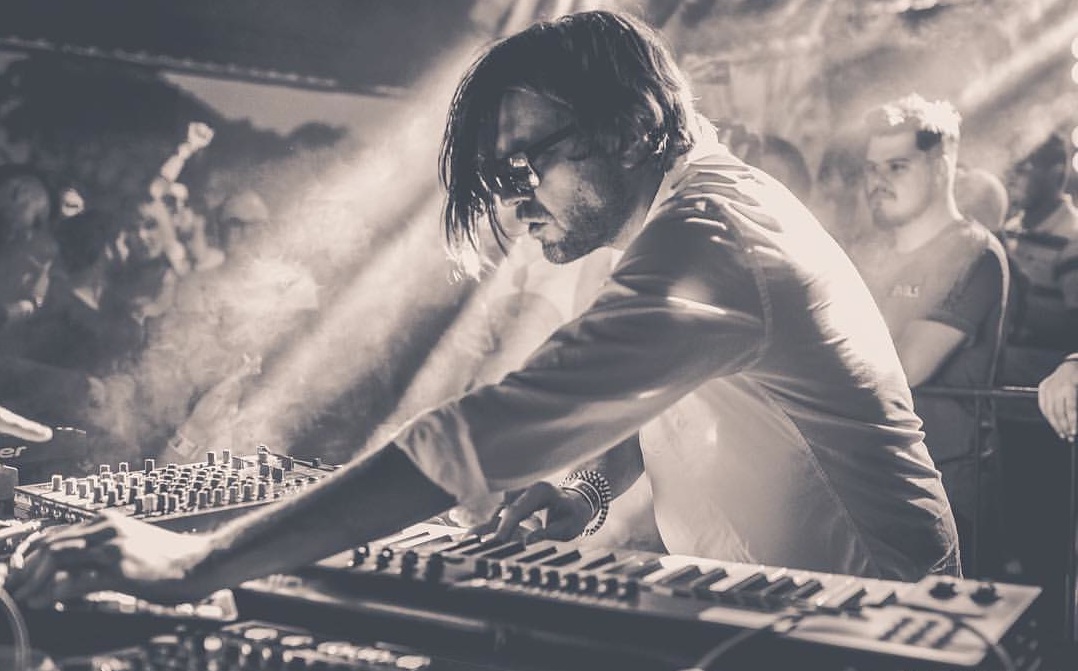 Olivier Mateu grew up on the seaside of South France during the 1990s, where he oscillated between piano lessons and electronic music parties. As one half of French electro act The Youngsters – best known for their two studio albums and singles for Laurent Garnier’s F-Communications , the Youngsters’ award- winning productions catapulted them into the international arena, taking them to some of the biggest clubs and festivals around the world. Rodriguez Jr. reveals a different incarnation of Mateu’s musical psyche, one that strides ahead, guided only by his kaleidoscopic vision; moving through shimmering, contemplative electronica, to deep and urgent techno, left field melodic accents and quirky pop refrains. We had a quick chat with him before his gig in Beirut this Saturday, and here’s how it went down.

1. How did the electronic music scene in France affect your upbringing in this world?

Although my music might sound very French, I don’t feel so close to the French music scene. This is not really where I get my influences. It’s more likely a network of friends – Agoria, Oxia, Garnier – which I am proud to be part of.

2. You’re one half of the electro-act The Youngsters, tell us a bit about that. How did it come to happen, and what are some difficulties you and Gilles Escoffier face making music together?

I met Gilles in his record shop in the late 90s. We had the same passion for the Detroit techno scene: Red Planet, Metroplex, Transmat, UR… We quickly decided to work together in the studio and ended up being signed on Laurent Garnier’s imprint F-Communications. After two albums and seven years traveling and performing together all around the world, we both needed to get back to something more intimate and personal. This is why I started my Rodriguez Jr. project.

3.You have a young daughter. What has changed in your life since you became a father? How has it affected your career?

That’s obviously a beautiful inspiring feeling. But it also forces you to become an adult and to be efficient in anything you do.

4. How did you realize that electronic music is your calling in life?

When I first heard Kraftwerk and Jean Michel Jarre on the radio when I was a child, I was instantly mesmerized by these sounds.

5. Your music is soothing and melodic, yet very upbeat and exciting. Tell us about your creative process. How do you build your tracks from the ground up?

I start with melodies, soundscapes or chord progressions. It’s pretty much like writing actual pop songs. I eventually add layers of synths, effects and beats before mixing everything down.

6. Mention a few DJs/Producers that you’d like to collaborate with.

Matthew Herbert or Carl Craig would be great for different reasons. I am a massive fan of both.

7. How would you explain your music to a violinist from the 1920s?

I use instruments he has probably never heard about, allowing me to create sounds coming from inside myself and not related to any acoustic realities. I lay melodies and chord progressions, mainly in C minor because it’s the scale I know the best, on repetitive drum patterns. Electronic and classical music are actually very close to each other. An obvious example is the ‘Bolero’, using the repetition to create some kind of drama and tension, while building up every 32 bars.

8. Tell us about 5 albums that have shapes you as a person and a musician.

Now that’s a difficult question! Here are the 5 first ones that popped to my mind:

Jean Michel Jarre – Equinoxe; one of the first electronic albums I have ever heard. It still shocks me to this day.

LFO – Frequencies; I used to be a huge fan of WARP records, and this was the first album I bought from this label.

Boards Of Canada – Music Has The Right To The Children; It’s so beautiful and emotional, melancholic with a touch of optimism. That’s the kind of feeling I am always looking for when producing a track.
9. If you were not a musician, what profession would you probably have?

I have studied mathematics so I would probably be working in a laboratory, or in a classroom. Fortunately, I massively failed at the university and ended up releasing records on Garnier’s label!