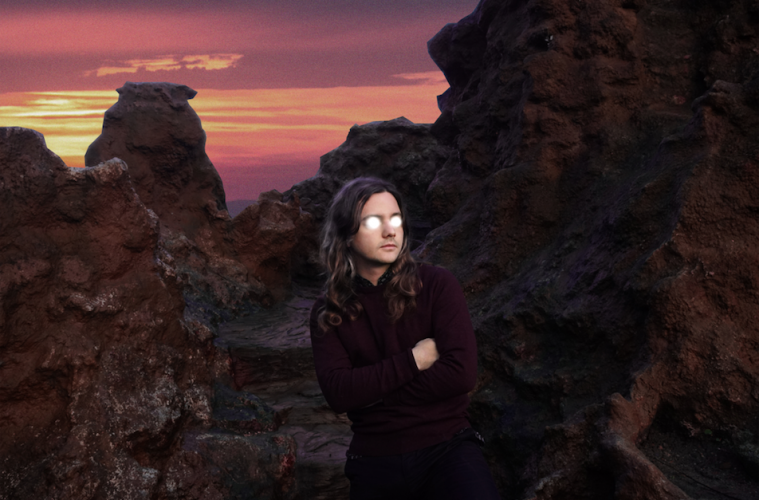 Somehow it is very fitting that I’m writing this intro about Flavien Berger while I’m in Southeast Asia because of the meticulous balance of cultural orthodoxy and futurism that he masters. With every new release (listen to Contre-Temps here), the French artist manages to take us on an new journey. A space-time continuum expanding our musical palette, to say the least. We had a quick chat with the French artist about PlayStations, D’Angelo and the future. While listening to your music we wonder why science fiction is a book genre and not a music genre as well. How do you classify your sound?

That’s funny because that’s exactly how I classify my music. I enjoy to change habits that have given us a musical genre, by using a literary genre that creates a yawn which attracts curiosity. I really like musical genres that are ultra complicated, like bursts of power in magic cards.

What emotions, feelings or reactions do you wish to trigger in your listeners?

I would like to create a trance all while generating emotion. That’s to say that it’s a beautiful idea that someone could dance and be touched at the same time. I prefer to be subtle in the feelings I evoke.

I try to make it a space of freedom

Do you think concerts should allow the audience to get a different perspective or would you try to replicate the sentiment created on the record?

I think that the recording and the show are two different things. That one must not be the reproduction of the other. The live show is a readaptation of the record’s intentions. According to me, the concert remains a strange ritual. I try to make it a space of freedom.

In your videos, we sense the harmony between the sound and the images, as you make your audience part of a cinematic universe. Is making movie soundtracks something you see yourself doing? Or are you only comfortable when you are telling the story?

I’ve already composed some film soundtracks (Mala Mala, 2013. Repas Dominical, 2015, Gros Chagrin, 2017) and I love that. But it’s true that I really like composing music after seeing the images. There’s part of me that doesn’t like to illustrate too much. I really like it to be a shared experience and not simply an order. When most artists go for 3:30 minutes radio friendly tracks, why did you take the decision to make tracks that last around 10-15 min?

You discovered your passion playing PlayStation 2, do you think that “composing” has the meaning as it did before? The same challenges?

Your tools allow for infinite possibilities, every sound can be tinkered with for days and days and it’s not hindered by any sort of physical obstacle or limitation “traditional” artists face. Does that create doubt? When do you decide that the track is over and ready to be shared?

I don’t really know what ‘traditional’ is meant to mean. We are all traditional musicians of someone. I believe I’m looking for complete emotion, just like a guitarist or a marimba player. I know a track is done when I’ve ran out of ideas to make it evolve.

Touring with my ghosts

We know that you’re a big fan of Kraftwerk, can you tell us who’s the artist that we wouldn’t expect you to be a fan of?

Apres le Blitz, le Contre-Temps? Can you tell us more about what to expect from your next album release and how it compares to your previous work?

Touring with my ghosts How do you imagine the future of music in 50 years?

I imagine that music will be made by robots, so that humans will not be able to do that anymore. However that will not be a bad thing.

Your music defies the definition of genres, emotions and even sound design. Although it’s hard to describe music using words, how would you pen the sound you make?

I think that my music takes the form of travel. Often the destination are geographical, often they’re sentimental. I try to tell a universal story made-out of details.

Check out Berger’s latest music video for ‘Castelmaure’ below:

If you live in London or are willing to make the trip, make sure to catch Berger at the London Village Underground on the 3rd of December!