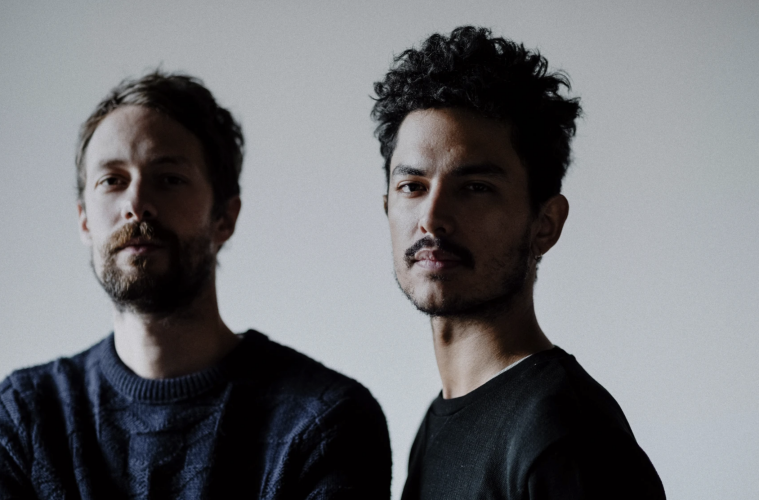 When they produced and shot Virile, French cousins, Guillaume and Jonathan, didn’t know that their masterpiece would resonate worldwide and take their project to the next level. Ever since, the duo made it a point to produce sounds with passion at their core accompanied with poetic videos. They soon established their very own cinematic language and revisited the function of a music video. We had a chat with them, discussing their project, their favorite films and everything between.

The Blaze is much more than a music project, it’s an experiment that revolves around creation both sonically and visually. How did you guys turn from cousins to a duo and how did the idea of starting The Blaze begin?

Guillaume : I was already doing music for a bit but also studied photography in south of France.

Jonathan : For me it was the opposite way, I was doing video before getting to music. That’s actually how The Blaze started. I needed to do a video clip for a university project and needed some sound, the connection went so well that we just continued working together.

You’re very vocal about the inspiration you draw from cinema often citing auteurs like Malick, Iñárritu and Arnold. What’s one film you recently saw and you’re still thinking about?

It must be Capharnaüm by Nadine Labaki, great movie, that really moved us.

You’ve referenced Andrea Arnold’s American Honey in many of your interviews and I feel that there’s some sort of parallel in what you do and what she does in that film in a sense that you’re both telling the story of a marginalized youth. How important is it for you to shed the light on this specific cohort? What is your end goal?

There isn’t a goal really. What we like is to shed the light on charismatic people such as the ones we have shown in our films. They’re full of emotions, poetry and often suffer of clichés. We like the fact of putting them in front of the camera to show something else compared to what we see every day in different medias.

The characters in your videos come from a place kind of different than where you come from. How do you make sure you’re telling their stories faithfully?

The stories that we tell are human above everything. So even if we live things in different ways, we talk about universal emotions that touch us all.

We also spend a lot of time to get informed, we document ourselves, spend time with them, ask them questions to make sure the story is faithful. For example, that’s what we did with Queens, we went to a gipsy community, and stayed with them for a long time, to understand how they live, their traditions etc. Contrast is something you employ in everything you do. However, it is clear that, more than anything, you apply it on masculinity. From very macho men sharing intimate moments, to seeing them dance, cry and so on. Why is this theme so evident in what you do?

We do this to create poetry and contrast. A man also suffers from clichés, for a lot of people he is supposed to be virile, tough, emotionless, macho sometimes. We like to decompose this image of what a “man” is supposed to look like or be and show that we are allowed to feel things and to be ourselves.

Not only is contrast found in your videos, it also takes part in your music. With a very dreamy sound topped off with very deep and wide vocals. Why the decision of having the vocals sound as such?

It also allows us to hide ourselves behind this voice. A voice is very intimate and have this vocal sound protect us in a way.

While many electronic music duos often assign specific roles, your approach is quite particular with both of you working together on everything. How does this affect your end music and videos? Take us through a day at the studio.

We think that it broadens our horizons, music nourishes video; it brings film further and vice versa.

We don’t have a particular recipe on the way we work at the studio, we can start with music and then follow up with video, it really depends on the moment. It’s really something instinctive to be honest with you. We create our bubble where all mixes and wait for it to happen.

The key is time, we spend a lot of time thinking about our projects, for them to be the best as possible. Like we said before, we have our own bubble where everything happens and time is also part of this environment of work.

What makes The Blaze so unique in your opinion? Why has this project resonated with so many people of very different backgrounds?

Unique is maybe a bit to much. We are not necessarily unique, being cousins is probably something that helps a lot and makes our project stronger since we have a family bond, human bond which is often rare nowadays.

We don’t know if it resonates with that many people but in the end we talk about human things, emotions, subjects that a lot of people are confronted with in their daily lives so that’s maybe a reason why, its something really universal. But the beauty of it is  that people can make their own opinion on what we do and see what they want to see in it.