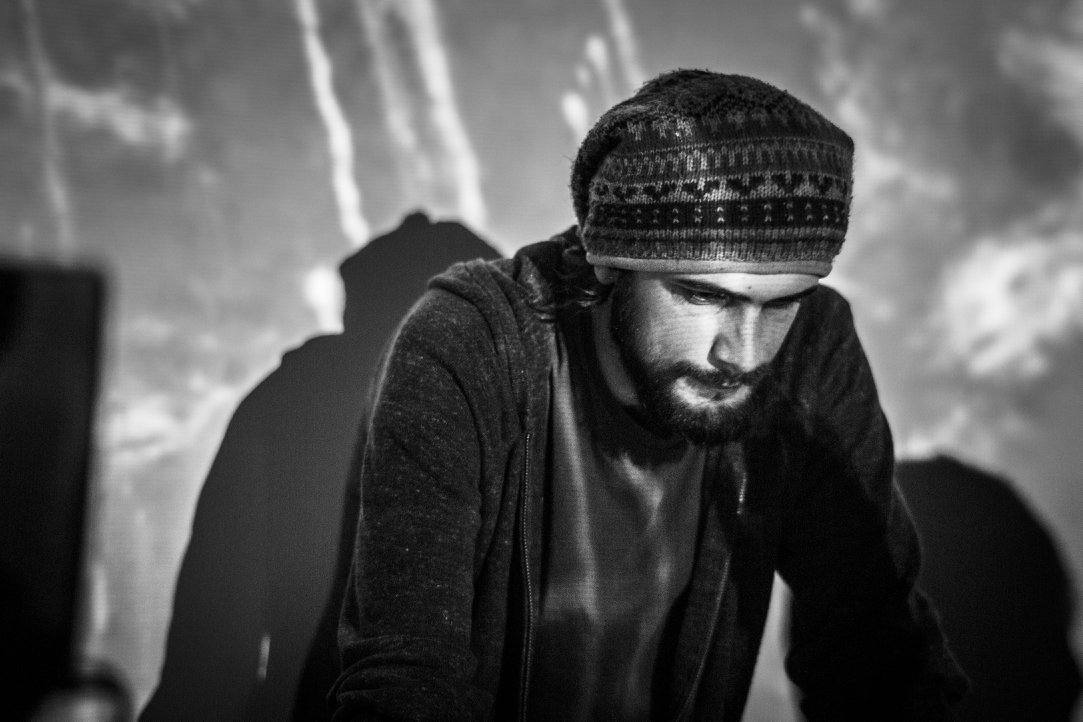 From Baalbek to the World: Interview with Bu Nasser

Marwan Bu Nasser, or Bu Nasser Touffar, is the rising star of the Arab Rap scene. The Baalbaki-born rapper, who’s now living in Istanbul, uses art to convey strong political and social messages. A trade of all jacks, Bu Nasser is a singer, a writer, a producer, but first and foremost, a very engaged activist. We had the pleasure to have him answer our questions about the Lebanese revolution, the move from Metal/Hard Rock to Rap, conformity, and more.

Since the protests started in Lebanon this October, your songs have been blasting on speakers across the country. How would you say this impacted your writing? Do you feel a sense of responsibility regarding the messages you’re conveying, and how people are identifying with what you’re saying?

The first track I’ve ever released was “Madinat el Shuhada”, with the Touffar band in 2009 and the last one I released was “Hexaphobia”, in 2019. 10 years separate these tracks, 10 years I spent recording and writing songs motivated and driven by what is finally materializing in Beirut since the start of the Revolution on the 17th of October. Every word, every letter, was written with this in mind. Hearing my songs blasting on speakers during protests is a victory on so many fronts.

First, a victory against the current regime, which repressed and fought our music every time it got the chance to.

Second, a victory against the so-called revolutionary anthems. They supposedly support revolutionary ideas but are nothing but folkloric means for the regime to tame collective consciousness instead of pushing people towards the real revolution.

It’s finally a personal victory, and I feel so proud knowing that all the work I’ve put into these tracks and writings over the years is now gaining visibility in the right time and place.

People chanting, today, songs I’ve written years ago is the biggest proof of today’s generation’s awareness regarding the choices that they’re offered, what music to listen to, and why.

There’s no doubt that this comes with a huge responsibility, but I say this in a positive way—every text I’m writing since is just an added stone to what has been built and what drove us here today.

Can you tell us a bit about what you feel are the differences between you, as a member of Touffar in 2009, and you as Bu Nasser Touffar today?

I was barely 22 when Touffar the band started. We were very eager and our texts mixed leftist activism with tribalism. It resulted in an album that became a landmark of the classical Lebanese rap scene. It was an album of its time. My experience with Jaafar and Osloub set very high standards: it was an explosive debut for me and for a lot of the people involved. But I really got exposed to the meaning of freedom in its political and humanitarian aspect when I went solo. It was at that time that I had to change my name from Nassreddin to Bu Nasser: I was publicly supporting the Syrian revolution, publicly opposing Hezbollah, and had to make sure it was known that I was speaking in my own personal name, and not on behalf of a tribe or group.

In one of your interviews, you mention that you were a big fan of Metal and Hard Rock growing up. How come you ended up becoming a rapper?

In my teenage years, I definitely considered rap to be a boring genre. I had no interest in repetitive sampling, nor melodies repeated on a loop and autotune. I was more of a loud and violent kind of guy, listening to Metallica, Slayer, Crematory, Pantera, Cradle of Filth or Slipknot. I gained a lot of consciousness at a young age listening to their songs, but it also triggered a lot of anger, and a growing desire to express myself. My childhood was very lonely; I was quite the introvert, and often found refuge in my earphones.

My desire to create and communicate was growing, and I didn’t want to be on the receiving end anymore.

Around that time, I had started listening to bands who mixed both Rap and Rock, such as Rage Against the Machine, System of a Down, Cypress Hill, Linkin Park, etc.

That’s when I started writing, discovering new Hip Hop sounds and names, and sharing my music with my friends. I then met Osloub, Katibat 5’s producer, and recorded our first track. That’s how the Bu Nasser Al Touffar journey began: from a small boy in a room, listening to other people’s tracks on his earphones, to a rapper, performing for a crowd in Paris, a crowd that knows all the lyrics to his songs. That’s my revolution!

Someone needs to constantly knock on freedom’s door

How was your accent received when you first started rapping? Did you feel alienated in a scene that is mostly centered in Beirut?

I never felt like an outsider in Beirut because of my accent, quite the contrary, actually.

Writing with your own accent and dialect makes you more comfortable, it revives texts and allows a better flow. It’s a representation of who you truly are, and expands the creative scene beyond its Beiruti box. After us, a lot of people from Tripoli and Beirut started embracing their accent, both artistically and socially. Our accent is our resistance, it’s the last weapon we have against conformism (my first tattoo is actually a sentence by Mehdi Aamel, “Conformism is death”).

Talking about your Baalbeki accent, one can’t help but wonder whether your political positions ever got you in trouble? You were very engaged in Syria, where you filmed a video in 2016, and now you’re actively participating in the Thawra—these opinions are fairly ‘unique’ in Baalbek. Did you ever feel threatened, unwelcomed by that?

The Baalbaki accent is the thread linking us to our roots and origins. We won’t break this thread—even if our own community is disowning us because of our political stands, even when our childhood friends are the ones threatening us today, calling us “traitors” and “embassy workers”.

Someone needs to constantly knock on freedom’s door, and as long as I can be the one knocking, I’ll continue doing so and will encourage everyone to do the same, up until true change happens and we get the freedom that we deserve.

Following up on that, did you ever stop yourself from writing something because it crossed some red line? Kind of like an auto-censorship?

I never self-censored anything I wrote, no matter how provocative it might have been. When I lived in Dahieh (Beirut suburb known for its heavy Hezbollah presence), I didn’t shy away from publicly supporting the Syrian people in the face of terror. I also publicly opposed Amal (Lebanese party) while living in Rweisset.

My freedom is my only red line, and I’m literally ready to die for it.

While preparing these questions, one thing that I told myself was “this guy is my new feminist hero”. I’m interested in knowing how these strong feminist positions came to be, especially when you grow up in an environment and country that is fairly traditional or, let’s say, patriarchal. What shaped your views on that?

My fight for freedom against this oppressive regime cannot be separated from my mom’s fight against patriarchy!

Tell us about your downtime; what do you do when you’re not making amazing music?

Things got easier ever since I left Lebanon and moved to Istanbul. I’m no longer spending time working as a handyman to be able to pay rent. In that right environment, I was finally able to grow, learn, read, and be more open to production and creation.

Apart from rapping, I published two books (Harayek and Al Qushnood) independently. Harayek sold over 1,000 copies in a year. I’m currently in the midst of adapting Al Qushnood for film. I’m also working on writing and producing Al Butaqa (video collaborations with other artists)—we released 4 episodes with different guests. I’m also back to journalism, and I’m working as a scenarist and assistant director for a new documentary.

I’m currently preparing my summer European tour. I was only able to perform once in Paris last year because of visa issues—things should be easier this time. There’s also a lot of work in the pipeline for Lebanon, projects I’m working on with people I believe in, as partners and friends. The streets are rumbling, our hearts are exploding, and 2020 is our year!