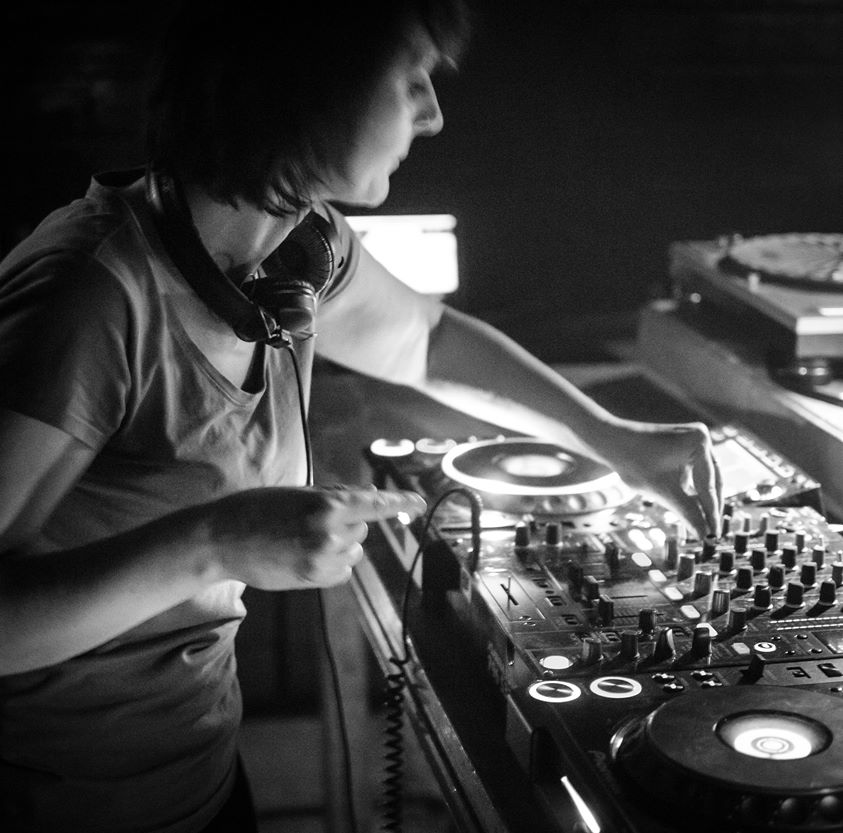 Interview with Wardita: A Supermom Making Beats Between Two Cultures

Last week on Revolver we hosted the amazing Wardita with an hour-long set of her signature beats. The Berlin-based DJ/Producer has a music passion towards Techno/Minimal-Techno and ElectrOriental. The common factor of all of her styles is that it’s always fast, thumping forward, powerful and kind of freaky. Check her set for Revolver Podcasts at the bottom of this page.

We had an inspirational chat with Wardita, diving deep into her struggles, passions and personal life. We hope you enjoy it as much as we did.

Berlin is a city known for its music scene, living there did that help you blossom musically or was it difficult to break through and be seen?

I would say it’s both. On one hand it is very inspiring living and working in Berlin. But as a DJ it can be quite hard to break through because there is very high competition in the field. However, if you stick to it and you can offer to people quality then it would work out sooner or later.

Your music combines techno with oriental sounds. How did you find your signature sound combining future so?

It was in the late eighties (yes, that long!) that I was staring at the stars at night, dreaming about combining Warda Al Jazaeria and others with western modern sounds. How exciting and beautiful this would be. Back then, hardly anyone was doing this, at least no one I knew of. I later found the “Dissidenten” of who I instantly fell in love with. As my life continued without making music of any kind, I forgot about it and found myself many years later doing exactly what I dreamt about so many years ago.

Actually it was only recently that I remembered this episode of my life. Same thing happened with me and translating: I always wanted to become a interpreter for Arabic and German. Due to different  reasons it didn’t work out the easy and straight way but yet this is how I earn my money right now. What does this tell us? Never stop dreaming! Don’t panic if one way doesn’t work out, stick to your dream and try a different path.

Some people, including me have a life-line like the number eight up: down and around rather than the straight way. Learn to accept it and be in harmony with this fact. And always: Follow your dreams even if its only in small steps. Some people are lucky enough to move forward with giant steps and get big fast. That’s good for them, however I go in smaller steps but at least I’m walking. Some are not taking any steps at all.

If you always look at the ones who have more than you, you will never reach a balanced state of mind. Just keep moving forward.

You’re a single mother. Tell us about that experience, and if it goes along music making or stands in its way.

Being a single mother is always kind of difficult. Sometimes more, sometimes less. It’s challenging and hard at times, I have the best girls a mother can dream of and they help me to do what I love to do. Without their help I wouldn’t have been able to do what I’m doing. We also have a little princess of only five years old that they take care of when I’m spinning or producing. I carry always all the responsibility. When I’m at home I’m a mum just like everyone else. Besides music and the kids, there is also my job which has to be done, plus the political/social work I’m doing. My three princesses at home have to share Mama not only with music but also some other things. Although they don’t like that kind of music really, but they like the fact that I’m making music and I hope they’re a little proud.

Walk us a bit through your creative process: Do you have any ritual to get your creative juices flowing? How do you go about the layering of your sounds from the ground up?

I like working at night because then it’s completely quiet and I can concentrate a hundred percent on what I’m doing. I do not have a studio outside my home, so you can imagine how is working with three kids around. During the days I’m involved with other things and there is not much time left for producing. To get into a creative work flow you need to sit for at least 2-4 hours.  It is rather confusing and unproductive to cut the work into pieces and to get on and off the project.

I’m still learning which means that read a lot of technical advice and manuals or watching tutorials instead of just moving on with a track. Usually I have a vague idea in mind of what I want to do, but during the workflow it can go into different directions.

Tell us about the day you found your calling in life and became a musician.

It was when I made one of those famous old-fashioned mix tapes for a friend of mine. It was not electronic music but Arabic, Turkish and some Indian. Like many others before, my friend said that I do have an excellent taste in music and have a good feeling for it. That was the trigger and I decided to become a DJ.  At a quite early stage I met someone who was as crazy about music as I was, who was also DJing Arabic and Turkish music but wanted to go deeper into electronic music. This person would play an important role in my life for the coming years. He showed me how to beat match, enthusiasm for technical devices, sound quality, etc..

If you meet an alien. How would you explain earth music to them?

I think explaining would take a while, I would sing and play some of my favorite percussion.

How did your musical journey change and evolve over the years?

My old tracks used to be more “full”, more “packed” with sounds, it was less deep and minimal as it is now. I was much softer. I used to play Tech-House whereas today it’s rather deep minimal (dark) Techno.

In the electrOriental style I changed from more simple sounds almost mainstream to more unusual sounds crossing styles. I am about to make an Ableton live-set with some easy going, creative, peaceful housey, oriental, tracks, including some older tracks of mine.

Had you not been a musician what would you be and why?

A Politician maybe, if I had the guts to do so and if it somehow came my way. I’m very much interested in politics, social life, religions, all those human complicated things. More than I want to actually. Sometimes I want to give myself a break of it but that never lasted more than a few days. It like a drug.

Can you tell us your tale of love with our culture?

I’ve been to the Middle East as a youngster, learnt Arabic as well as traditions, beliefs and customs and since then I’ve been bound to it. It feels like it is my own family in which you can find a lot of things you don’t like or you don’t agree but yet it is your family and you stick to it.

On top your mind: 5 non-electronic tracks or albums that really shape who you are?