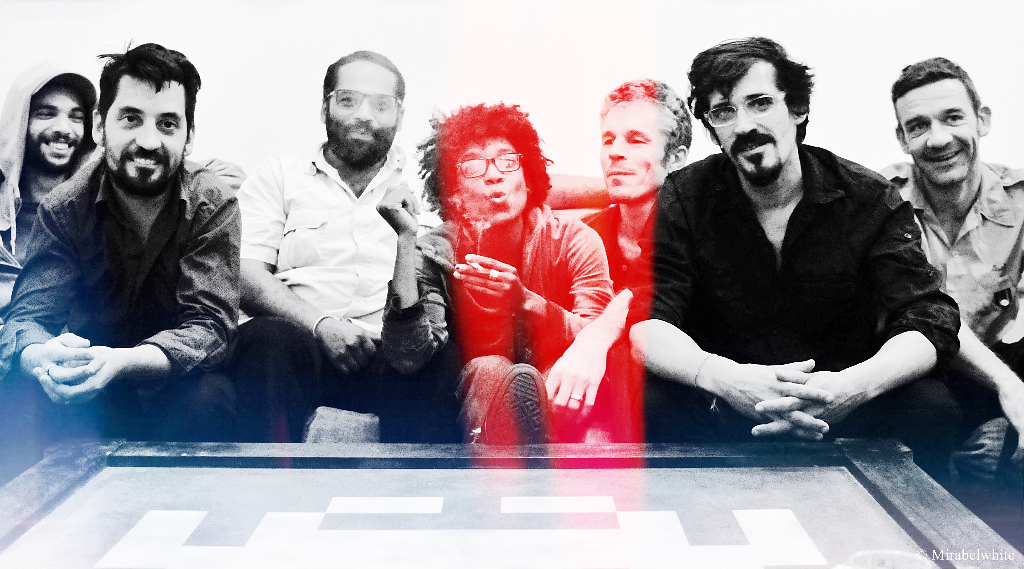 Dub Troopers: An Interview with Zenzile

Zenzile was born in the late 90’s in France, and are considered as the initiators of so called “dub” french scene along with High tone. French dub is mainly instrumental with rich use of effects and delays like reggae producers used to do with early reggae riddims. Zenzile moved towards rock in their numerous albums and EP’s, and started inviting guest singers Jean Gomis, Jamika Ajalon (who sung the unforgettable Smell The Roses) and David Alderman on “Living in Monochrome” album. They also experimented with electronic music on the “Meta Meta EP”, whose Mille Francs Mille Francs had been remixed by Doctor L and Matthew Herbert. On their album “Pawn Shop” released in 2009, reggae riddims came back without moving away from their rock inspiration.

Bass dub reggae is a big thing in France with names like La Phaze, Mei Tei Sho, High Tone and Zenzile are on the front line of it. We had a chat with Matt, the man behind the bass grooves, and this is what happened.

1. What is Dub music for you? How did you end up playing this very particular style of music?

Dub music is a blank page for music experiences. We (Zenzile), were in it because we all loved reggae music and we loved much more dub music. We played this style because we were fed up with vocalist ego ! So we started to play instrumental music and we quickly recorded the first tracks to remix and dubbed them. We wanted to be like Lee Perry or King Tubby, we wanted to be french dub sorcerers !!!

2. Can you tell us a bit about your creative process, how do you write your music?

We started creating tracks with a bass line, but it could be some keyboards ideas. Sometimes, someone comes with a complete track. The most difficult challenge is to keep space and silence as essential parts of the music.

3. It’s obvious that Zenzile holds a strong socio-political message in their music. If you had to put that in words what would it be?

In fact, we’re proud of our choice of life, we have a beautiful time all together, we equally share the better and the worst. We don’t want to tell people how they have to live because we’re not perfect. But i can tell we all hate racism, sexism, homophobia and all the religious radicals.

4. Each person of the band comes from a different background and influences, how do you all sync up into the dub flow zone?

Today, we’re more in a ” Pink Floyd phase” than in a reggae or dub phase. We try to keep our sound’s identity alive, but we also let all the musicians free to bring a lot of new ideas even if it’s not a typically dub.

5. If you can narrow them down, what are the 5 main influences on Zenzile’s signature sound.

If you talk about musical inspiration, i can name: Sly & Robbie, Rhythm & Sound, The Clash, Grace Jones and … Pink Floyd !


6. You have collaborated with many talents from around the world: Jamika, High Tone, Marion Brown,Paul St Hilaire and many more talents. How do you manage to bring these beautiful people together?

Jamika is the most important guest we had. A british promoter introduced her to us when we played in London. She came on stage, sang and improvised and it was great. She became the sixth member of Zenzile since then. We’re huge fans of Paul St Hilaire and Tricky (and Massive Attack too). They are very kind persons so it was quite easy to work with them. High Tone are our friends, they’re in the french dub scene since the beginning. We share a lot of stages and even records ! They’re nice guys even if they’re from Lyon !!! (private joke !)

7. Walk us through the evolution of Zenzile from one album to the next. What did you learn through the 17 years you’ve been playing?

We almost learn to live and work as a real band. That’s maybe the most important experience we all share. We are proud to be our own masters, we don’t depend on big business, we’re free to play the music we like, even when we decide to play other kind of music that are not dub or reggae. It’s a great achievement to have a band on its own, with real friends, for more than 20 years !

8. We’re excited to hear news about your new album. Tell us a bit about it and how it’s coming along.

The new stuff is inspired by our “ciné-concert” experience. We created original soundtracks for two old movies and we played it live with the movie on a screen behind us. So we decided to put some visual artworks on stage to illustrate the “The four elements” thematic. We already have the new musical stuff and we met a new singer called Zakia: she’s young and gifted !

9. What is the ideal setting and crowd to play to a Zenzile set for?

We love the club’s atmosphere. We enjoy playing for a cool, concentrated and open-minded crowd with young, old, black, white, yellow, green girls and boys !

10. Would you ever consider visiting this part of the world, knowing you have quite a following in Lebanon and the Middle East?

The most exciting part with playing in a band is to discover other countries and people. So, we would play in Lebanon with pleasure. I always would like to visit Beirut. And we all love good food and the lebanese cook is one of the finest in the world !!!