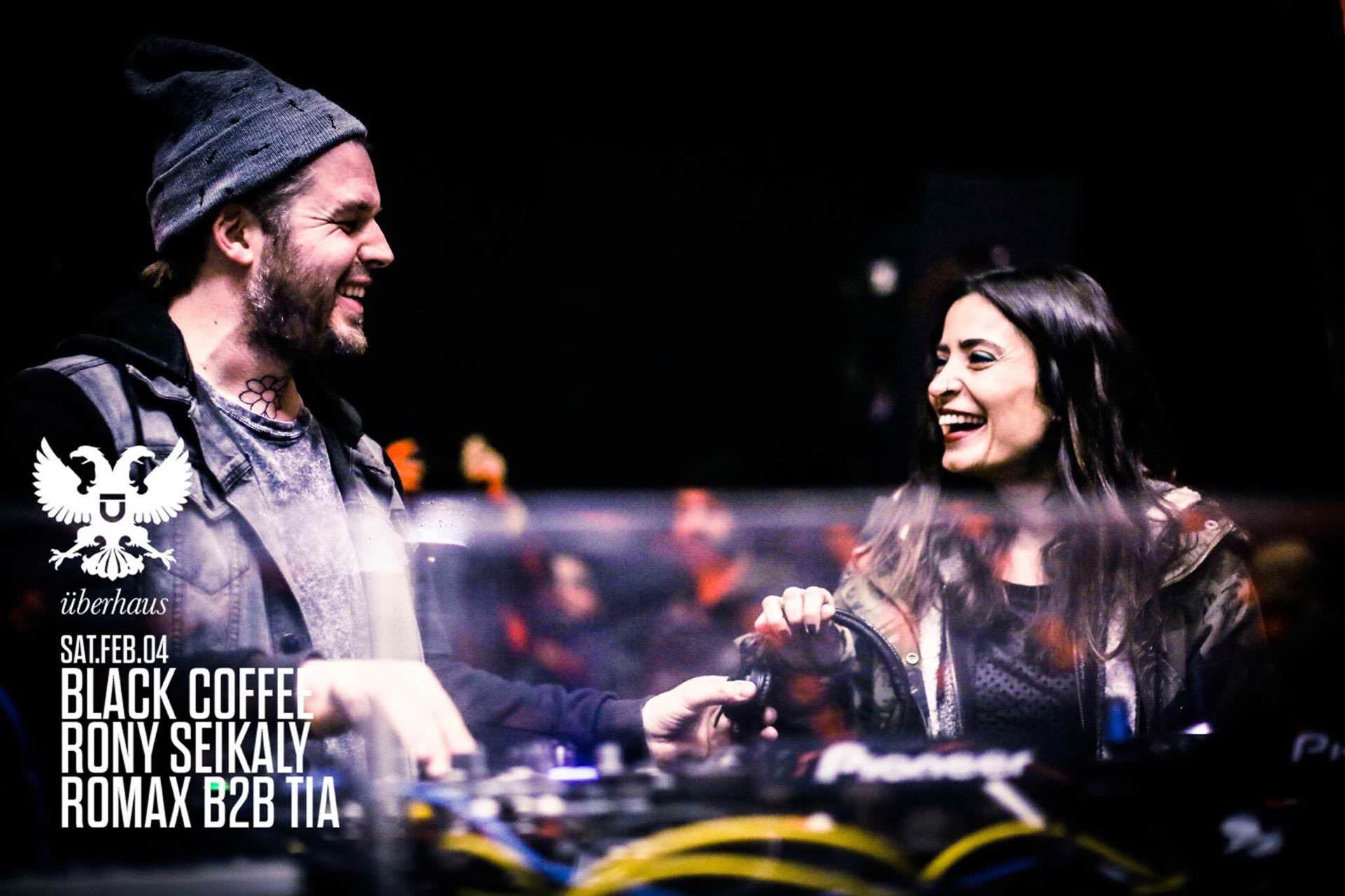 For the Lebanese clubber, Romax & Tia have slowly become common household names. A couple both on and off the decks, they’ve gone from playing funky rare-grooves at intimate gatherings to house bangers at massive parties, sharing turntables with the very artists who inspired them.

With the opening of the new season, we decided to ask them a few questions hoping they would explain themselves, and prove to us how completely and utterly disco they truly are once and for all.

Tell us your story, how did you guys start your musical journey together?

Tia: It all started at Pierre & Friends in Batroun in 2005, behind the decks, where we were both playing music that night. That’s also actually how we met, so everything began there…

No way! I actually took my first baby-steps on that beach. So how, where and why did you both first start DJing?

Romax: I started DJ’ing in 2000. My first gigs in Lebanon were in 2004 where I started playing at Edde Sands, Club Social, and landed a residency at Lila Brown.

Tia: At the time I met Romax I was just a big fan of music and an aspiring DJ. With him I crafted and polished my mixing skills, and suddenly one night I had to fill in for him at La Centrale where he was a resident. With 10 CDs in my hands, I played a full night on my own for the first time…

As a young’un that was following you around since the early stages of your career, I noticed a big jump in your popularity quite recently. Has that affected your relationship in any way?

Tia: Not that we know of [laughs], no, we think after all these years together nothing can stop you! There comes a point where a relationship is not being built anymore; it’s there, it’s solid, and it’s like an automatic love pilot!

That is too cute, you two are every DJ’s dream couple. I was really happy to see the names Romax & Tia re-surface on line-ups when Uberhaus first opened. Aside from DJing, how are you involved?

Romax: It all started when I met my partners Nemer Saliba & Ali Saleh at the ‘Speakeasy’ bar in Hamra where i was DJ’ing. Nemer had the vision, Ali had the location and I guess i brought the knowledge of DJ’ing and electronic music to the table. Real soon after that, it became a solid team of key players that all helped in shaping the brand further.

I heard Discotek is the grooviest new club in Beirut at the moment. That said, everyone who lives in Beirut knows how quickly places open and close here, how did you get the courage to open a Disco club in such a risky environment?

Romax: Well, the courage is on all of us who made this place happen. I do feel that the music style is of course a strong factor here. I think it’s a direction that was missed in a way, especially for the Lebanese 30+ party generation that grew up with disco & house classics. Disco was never really being played much anywhere. Combine that with back2back sets, which make the whole experience way less serious… more fun… more loose… and people seem to love that vibe.

Do you miss the Cotton Candy days?

And what do you think of the current state of electronic music in Beirut?

Romax: From the parties, the locations and the bookings, it’s as mature as it can be! The only thing we still need to learn is how to respect each-others’ work. How to pull ourselves up together, instead of seeing each-other as competitors.

Wise words! And where do you see it all going?

Tia: and the record goes…

“work it harder, make it better

do it faster, makes us stronger”

Make sure you check Discotek every Friday on the Beirut Waterfront, and Romax alongside Jeff Mills at Garten this Saturday the 15th of July.