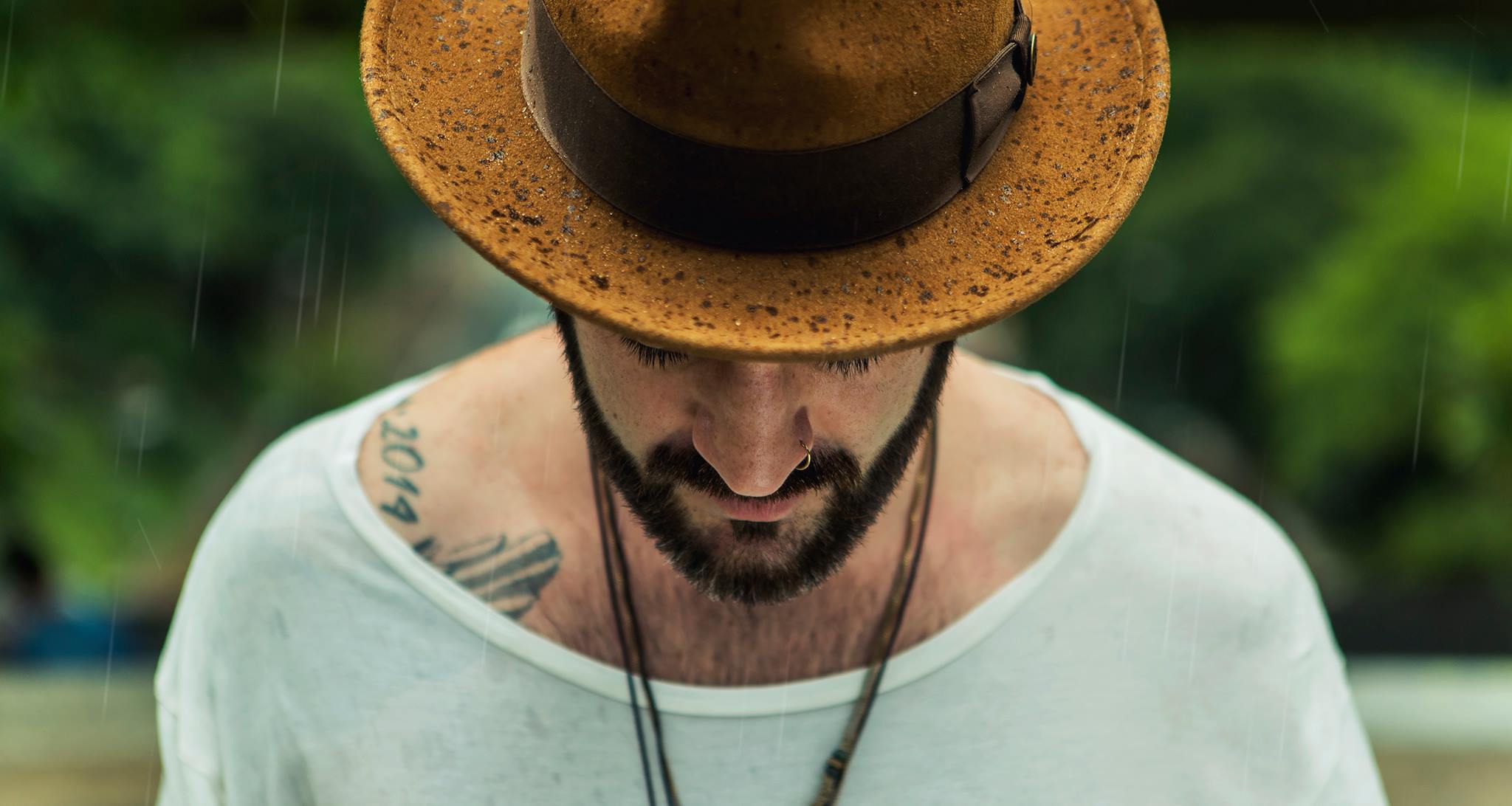 The Grooving Vagabond: An Interview with Gabriel Belmudes

Gabriel Belmudes is a collector of soulful sounds, hats, and tattoos. He is currently spending his time sharing exotic music while travelling around the world. Originally from Brazil, his enchanting melodies and groovy tribal beats have gained popularity, leading up to his renowned set at Burning Man. Belmudes is class A record digger, sonic storyteller and world traveller. His sound ranges from solid deep tech to more vibrant jungle tunes. We got the chance to have a quick chat with him about life, music, and everything. Here’s what happened:

You’re originally from Brazil. What role does the Brazilian culture play in your music?

There’s definitely no shortage in the music culture in Brazil. Whether it’s at home, on the streets, or in bars, you can almost always find people dancing, grooving, or jamming to samba or some kind of drumbeat.

I love to throw in some tribal sounds into every set, which remind me of where I come from. Who doesn’t like the “jungle vibes”?

You’ve travelled around the world, playing in many renowned clubs and festivals. Tell us about one event that has left a mark.

Well, every time someone asks me this, the White Ocean stage at the Burning Man 2016 quickly comes to my mind, but let’s talk about something fresh, from my current Europe tour. I had the chance to play and connect with the Gardens of Babylon family. This group of unique individuals are so special and loving. Somehow I felt truly welcomed and at home with them. They have a place in my heart.

You’ve played at Burning Man in 2016, one of the most prominent festivals worldwide. Tell us about your journey. How hard was it hard to get a spot at Burning Man? Was it as amazing as you expected?

Wow! Burning Man 2016 was incredible for me.

I still remember the day when the White Ocean crew contacted me via Soundcloud, inviting me to play at their stunning stage on the first night of the Burn. When the invite came, I still had no idea if I would be able to go due to some VISA issues. I had no ticket, no flights… nothing.

In the last weeks leading up to Burning Man, Sofia (my wife) and I managed to find tickets, so we decided to rent a truck and trailer and we drove from Toronto (CA) to Black Rock. Our adventure ended up being a total of 16 days and 80 hours driving. I still dream about that night – the fire, the energy, the scenery and that sound system.

I’ve been obsessed with electronic music since I was a little boy. I used to record tapes with my favorite Euro Dance (I’ve been feeling the goose bumps since then haha!) I spent my teenage years going to festivals in Brazil where Psy-Trance and Prog where the strongest genres of music amongst the crowd. I always dreamed to be a DJ, but it was a far dream at that time due the Brazilian economy. At 26 years of age, I decided to leave Brazil and move to Canada. I learned how to speak English and had little options for how to make life for myself due to immigration issues. I found myself working in construction for a while where I was able to save some money to invest in a studio and went full force into music! And here we are.

But there are so many!!!

Better than the ones I would like to collaborate with, I prefer to mention the ones I’m already collaborating with.

Milo Hafliger is my brother in the music scene. We will definitely have some collaborations in the near future. Also, I cannot go without mentioning my fellow Brazilian brother Hauy, whom I’ve gotten to know very well and have been working with for the past several months.

And of course, it would be an honor if one day I could work together with some of my friends which are also inspirations such as Armen Miran, Sabo or Kora, just to name a few.

How would you explain your music to a time-traveller from the 50s?

I think most can agree that it’s kind of hard to explain music in words. I would just play it for him/her.

Definitely MPB, which is the Portuguese term for “Brazilian Popular Music”. I’ve grown up with my parents listening to Brazilian classics, so it is just natural. Not sure about artists that shaped the world music industry, but I can affirm that guys like Zé Ramalho, Caetano Veloso, Gilberto Gil, Antonio Carlos Jobim and Gal Costa (my Dad’s favourite) did something special and left a mark which will last forever.

What advice would you give young artists who are striving for success in the electronic music scene today?

I still consider myself a young artist and I’ve got a long way to go. I hope to always be learning and growing. My word of advice is, focus, stay true to yourself and stop looking for someone else’s approval or comparing yourself to others. Quality over quantity. I always use the phrase “Less is more”.